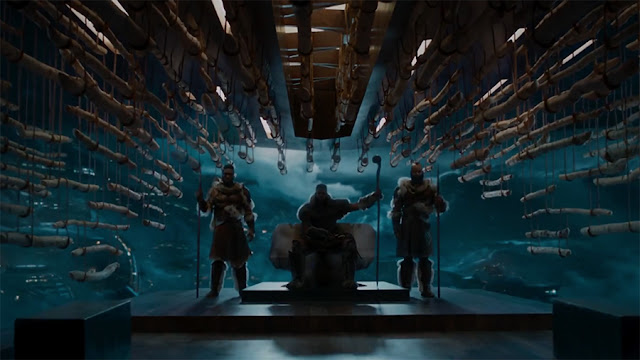 Dude, dude, dude, dude, dude! I get it, that’s a lot of dudes, but I need your attention. And as it’s first thing Monday morning, if you’re anything like me, you’re dragging. But I’ve got something that should pick you right up, and it’s a fresh new Black Panther trailer to kick off the week. There’s also a dope new poster to gawk at.

As much as I tend to enjoy them, the film in the Marvel Cinematic Universe, rightly, take criticism for being overly same-y. They have their thing, which they do well, but it never veers far from type.

There’s been talk about that changing, about the studio giving talented filmmakers more reign to insert their own styles and personalities into the movies, but we haven’t seen much of it yet. Doctor Strange, while psychedelic as fuck, was still a generic superhero origin story that plays almost beat for beat like Iron Man. (I dug it when I saw it in IMAX, but on the small screen, you realize how generic the story truly is.) The Guardians of the Galaxy movies are about as different as you get in the MCU, but even the most recent installment felt like places we’ve been before. (Spider-Man: Homecoming was fun and had a different vibe, but it’s still nothing we haven’t seen.)

But while change may be slow, it does appear there’s actual progression. In just a few weeks we get Taika Waititi’s Thor: Ragnarok which not only looks bonkers as hell, but early word on the street is that it is more it’s own thing rather than another chapter in the same book. That’s not to say it doesn’t continue the larger narrative, I’m certain it does, but Waititi’s vision and personality shine through.

And from what we’ve seen, Black Panther futhers this end. Not only is it the first superhero movie helmed and fronted by people of color, it steers away from your typical origin story, shows a slice of the Marvel world most mainstream audiences aren’t familiar with, and looks to kick ass to boot.

This latest Black Panther trailer gives us a long look at Wakanda, the fictional African country that’s home to the title character (Chadwick Boseman). Technologically advanced and home to most of the world’s supply of vibranium, the metal used in Captain American’s shield, it’s existed largely in self-imposed isolation. We saw in Captain America: Civil War, that this way of life is no longer practical or possible, and this movie looks to tear that wide open.

Marvel Studios’ “Black Panther” follows T’Challa who, after the death of his father, the King of Wakanda, returns home to the isolated, technologically advanced African nation to succeed to the throne and take his rightful place as king. But when a powerful old enemy reappears, T’Challa’s mettle as king—and Black Panther—is tested when he is drawn into a formidable conflict that puts the fate of Wakanda and the entire world at risk. Faced with treachery and danger, the young king must rally his allies and release the full power of Black Panther to defeat his foes and secure the safety of his people and their way of life. 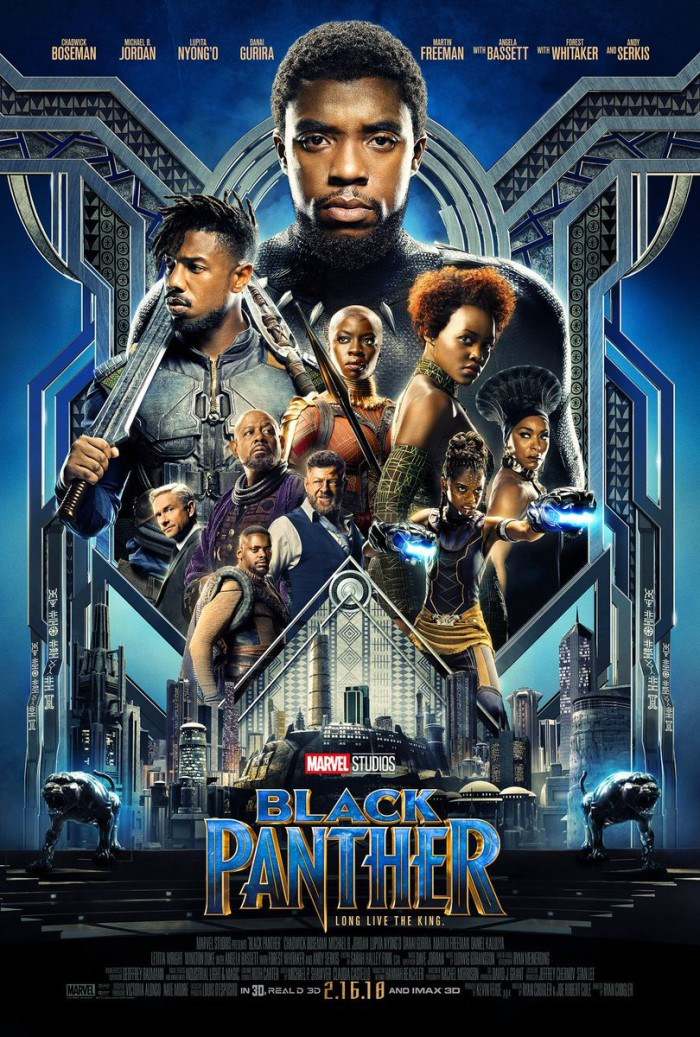 Posted by Brent McKnight at 8:14 AM