'The Ranger' Trailer: The Woods Are Wild And Full Of Predators, And Punks 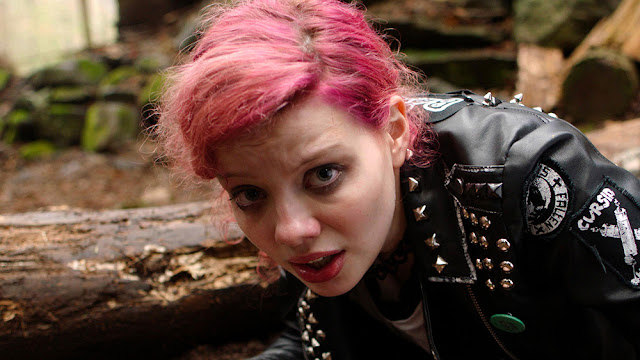 Punks in the woods battling for survival against a vengeful park ranger? These are things that I like quite a bit. They also happen to be the building blocks of Jenn Wexler’s upcoming horror film, The Ranger. It debuted at SXSW over the weekend, and now there’s a great new trailer so the rest of us can get in on the fun.

From what we see here, The Ranger looks a throwback to grindhouse style in-the-woods exploitation horror and the wave of ‘80s punks-on-the-run schlock. And I mean that as the highest compliment. I didn’t know this movie existed until a few weeks ago, but goddamn, I can’t wait to check it out for myself.

Here’s the synopsis if you need more detail:

When Chelsea and her friends get in trouble with the cops, they flee the city and go on the run. Fueled by a hallucinogenic drug called Echo, they hope to lay low-and get high-in an old family hideout in the woods. But Chelsea's got reservations about going back to nature and secrets she's not sharing with her friends. When a shot rings out, her past comes crashing back, and the punks find themselves pitted against the local authority- an unhinged park ranger with an axe to grind.

This is Jenn Wexler’s feature debut, though she’s helmed a couple of shorts and produced things like Pychopaths from Carnage Park director Mickey Keating and a segment in ABCs of Death 2. 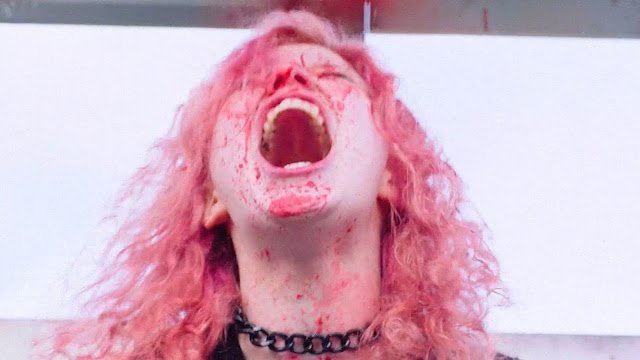 There’s no word on when the rest of the world will get to see The Ranger, but it’s slated to make the film festival rounds. This time of year, with this type of movie, I always cross my fingers for an appearance at SIFF, but we’ll have to wait and see.
Posted by Brent McKnight at 11:06 AM