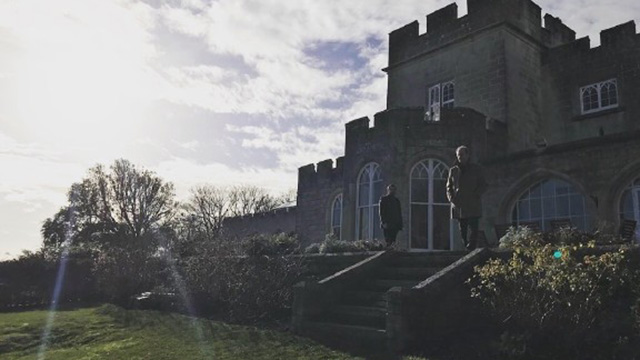 Any time Ben Wheatley makes a movie, it has our full attention. And he has a new movie coming, and it’s finished, and has a title, and a premiere date, and there are some new details. It’s called Happy New Year, Colin Burstead and now we know some things about it.

The BFI London Film Festival announced their competition line-up (from The Playlist), which includes Wheatley’s film. Previously known as Colin, You Anus, the real title is Happy New Year, Colin Burstead. While a mouthful, it’s a much more marquee-friendly moniker. It also sounds like a bit of a departure for the Free Fire director.

The press release says this about Colin Burstead:

A poignantly funny and razor-sharp observation of English family dysfunction. Colin has rented a stately country home for his extended family’s New Year celebrations. He’s the centre of attention until his estranged brother David unexpectedly arrives, throwing the family dynamic far off orbit.

While that does sound much different from say, Kill List, Wheatley isn’t usually one to be constrained by genre barriers or eschew either darkness or comedy. Sightseers has an almost rom-com set up, and that gets plenty dark and blackly comic. And High-Rise is full of pointed satire that’s both hilarious and eviscerating. Basically, I don’t think we have to worry about Ben Wheatley of all filmmakers making an easy, uninteresting movie. Also, the fact it was called Colin, You Anus indicates it’s not going to be your average comedy about a messed up family and it has its own peculiar sense of humor.

Happy New Year, Colin Burstead debuts at the London Film Festival, which kicks off on October 10 in, you guessed it, London. There’s no word when the rest of us can see this, but given that we didn’t even know it was finished, that’s not a shocker. Hopefully we’ll get more news soon.

I'm also still waiting for news on Wheatley's Freakshift, which is reportedly about "women with shotguns fighting giant crabs," so, you know.
Posted by Brent McKnight at 8:38 AM