A Quick Note On Grading Movies 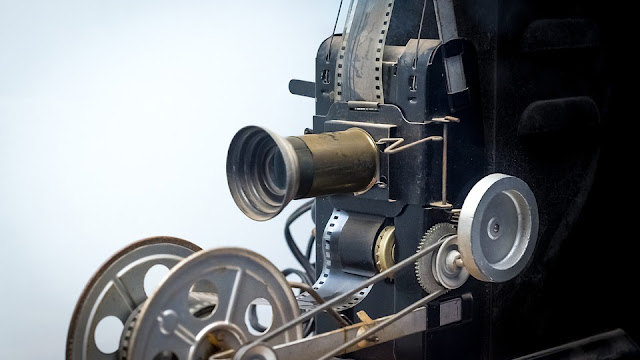 I don’t like grading or ranking movies. If you read this site with any regularity, that probably doesn’t come as a surprise. Assigning a grade intended to indicate quality and value feels reductive and overly simplistic. No movie is 100% perfect and no movie is 100% worthless—there are positive and negative elements to every film and I dislike the idea of quantifying art and pitting artistic endeavors against one another.

With end-of-year lists and voting in the two film critic groups I’m a member of (the Seattle Film Critics Society and Online Film Critics Society), this has been on my mind lately. I have complicated feelings on the matter, so I thought, what the hell, I might as well put some of them down on paper so anyone who reads the site knows how to interpret my various grades and rankings. If anyone cares, which you probably don’t.

I was lucky, at the first big-ish outlet I wrote for (RIP Beyond Hollywood), the editor didn’t use a rating system. His stance was, we put all this blood and sweat into our reviews, if you want to know how we feel about a movie, read the damn words. I always appreciated that. Most places I’ve written for, however, don’t take that approach.

Moving on, writing for other outlets, establishing my own little corner of the internet, I came to recognize it as necessary. Many people don’t want to read a full review, or simply don’t have the time or interest. They’ll click, scroll down to see the rating, and that’s the extent of the interaction.

Don’t get me wrong, I’m not judging people who do this, I do it as well. If I’ve seen a movie and written my review (if I’m going to write a review), I have a handful of other critics whose reviews I might check out (then again, just as often, I don’t). I like to see what other perspectives exist out there. It broadens my perspective and gives me a different way to engage with a text.

However, if I haven’t seen a movie yet, sometimes I also look to get a sense of general critical reaction. As a rule, I try to go into films as cold as possible, but I get curious. This is especially true in cases of movies that debut at film festivals, ones where I know I’m not going to see them for some time.

So, having a grade makes sense to me in that regard. And I’d be lying if I said it didn’t increase traffic as well. It’s not a huge driver, at least not for me and my relatively small site, but it’s noticeable. Since clicks are the name of the game (it’s not—I made zero dollars from this website last year, and the total lifetime income can be measured in dozens of dollars—and I’d much rather have fewer readers more engaged with the site than tons of high-bounce-rate clicks), it’s a necessary evil of the industry. And in the grand scheme, it’s a minor inconvenience.

My movie reviews basically have two components. First, there’s the review itself, my usually long-winded dissection of acting, writing, directing, structure, dialogue, score, larger context, and the millions of factors that go into every movie.

That’s what I love doing, why I love reviewing movies, and consequently, where the bulk of my time, effort, and energy occur. It’s the more in-depth, thought-out portion. If you want to know what I truly think of a movie, this is where you want to look.

Then there’s the letter grade. When I finally decided to grade films, I chose letters over stars because I felt the grade/plus/minus allows for greater nuance than other systems. Also, thanks to our years of collective compulsory education, most of us has a shared concept of what each grade means. If I say, “This movie is a B+,” you have at least a rough idea of where I think it falls quality wise.

How do I decide on a letter grade? While the written review is the more analytical, deliberate examination of a film, for me, the letter grade almost always represents an immediate, knee-jerk reaction.

I like to sit with a movie for as long as I can, before I write a review, though this isn’t always possible. This allows me to organize my thoughts and really dig into the film and various elements therein. And so many people put so much thought and time into their films, it’s only respectful to give it as thoughtful an examination and assessment as possible.

I’m fortunate enough to be on various press lists in Seattle, which means I get to see advanced screenings before movies officially open. (Most of the time, not all films screen ahead of time.) Often, the PR representatives who stage the screenings collect critics’ reactions as we leave screenings. That quickly, I usually have a general idea of whether I like a movie or not and these responses aren’t much deeper than that. “I liked it, I didn’t; this was awesome, that sucked.”

This is also where my letter grades usually occur to me. While my reviews involve more detailed and exhaustive investigation and effort, my grades just pop into my head. Usually the analysis and grade match up, but not always. I don’t use reviews to arrive at a letter grade, nor do I write reviews to justify a letter grade. Maybe I should, but I don’t. Sometimes I’ll alter a letter grade, but most of the time, I stick with what occurs to me first. In cases where I have a lot to say on a particular film, I don't always assign a grade, my feelings are often too complicated to distill down to a single grade.

If it helps, think of my grade as a gut-level response, a reaction, and my actual review as a more cerebral, measured response. (Though don’t get me wrong, I’m not above ranting and raving.)

I get why people don't want to rate or grade movies but Jean-Luc Godard rated movies on a four-star scale. So did François Truffaut, Jacques Rivette, and all the other guys at Cahiers du Cinéma. If it was okay with those masters of cinema, I think it's okay for everyone else.