'Sputnik' Trailer: This Russian Sci-Fi Horror Is Creepy And Grim 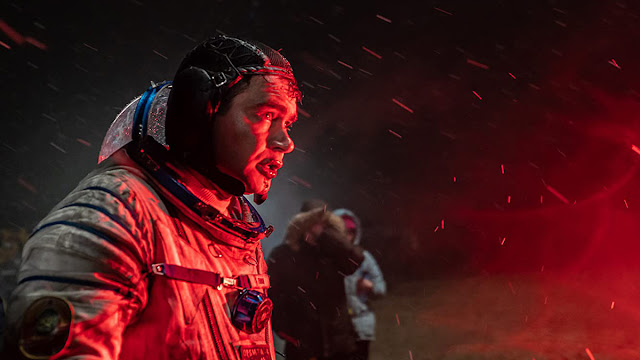 Who knew that Russia would be helping to keep us sane with killer genre fare as we’re all hiding away from one another in quarantine? This week, the insane actioner Why Don’t You Just Die! lands on VOD, and if you’re more in the mood for a bit of sci-fi horror, they’ve also got you covered with this new trailer for Sputnik. Looks like something we want in our lives ASAP.

Screen Anarchy shared this Sputnik trailer (one of their founders is part of the company that also handled the sale of the film) and it looks fantastic. We’ve got space, Cold War tension, alien creatures, and all the bells and whistles for both horror and sci-fi. It’s almost impossible not to intone Alien and The Thing watching this, but there are worth comparisions.

Originally slated to debut at the Tribeca Film Festival before, you know, public gatherings became a strange, foreign thing we’ll tell our grandkids about, IFC Midnight stepped in and picked up the rights.

The story takes place at the height of the Cold War as a Russian psychologist is assigned to treat a cosmonaut whose Soviet spaceship has crashed-landed on Earth. As the psychologist assesses the returning commander’s mental state it becomes clear he may unwittingly have brought something dangerous back to Earth.

This is director Egor Abramenko’s feature debut and is based on a short film he did in 2017 called The Passenger. IFC Midnight plans to release the film on August 14, 2020. Right now it’s slated for a small theatrical run as well as VOD and streaming, though given the current state of the world, we’ll see if that part ever materializes. If you live in Russia, you can check it out on April 23.

Regardless of how we see it, Sputnik is now a movie that we very, very much want to see in whatever format we can get our hands on.
Posted by Brent McKnight at 7:57 AM