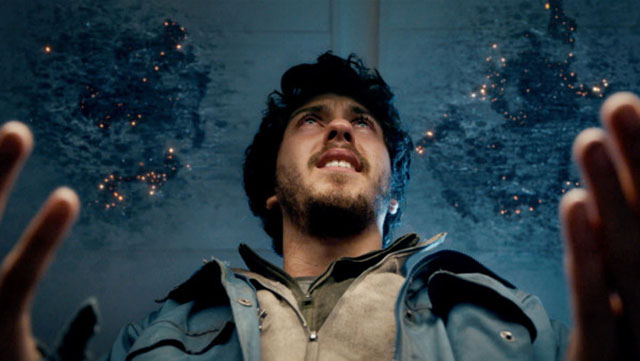 André Øvredal’s Mortal has been in the works for a while. There was talk of it even around the time of The Autopsy of Jane Doe, well before Scary Stories to Tell in the Dark. Though it’s taken it’s sweet time, the Trollhunter director is back and this Mortal trailer further convinced us this is something we need to see ASAP.

Though he works within the broader horror framework, Øvredal’s films never tread the same ground. Trollhunter is a found footage offering about a documentary crew tracking giant mythical creatures in the wild. Jane Doe puts two people in a constrained space with a tense supernatural mystery. And Scary Stories adapts a series of children’s horror stories. He even has the Dracula-adjacent The Last Voyage of the Demeter and sci-fi adventure Bright Skies in the works.

Mortal fits easily into this wider pattern. It’s horror, based on Norse mythology this time, but it approaches the genre from a perspective the filmmaker has never explored before. You never know what you’re going to get, and that’s part of why we’re fans.

Here’s the synopsis for Mortal:

Based on ancient Norse Mythology, a young boy must discover the origins of his extraordinary powers before he is captured by authorities hell-bent on condemning him for an accidental murder. A breath-taking and thrilling origins adventure story.

This all looks and sounds incredibly promising. A troubled loner on the run, pursued by authorities who want to destroy him; powers he doesn’t entirely understand and isn’t able to control; action, lightning, fire, creepy ancient runes. Mortal has everything.

The film stars Nat Wolf, Iben Akerlie, and Priyanka Bose, among others. It opened in Norway in February, but lands on digital platforms in the U.K. on August 3. Saban Films picked up the U.S. rights, so hopefully it will release here before too long.
Posted by Brent McKnight at 9:20 AM