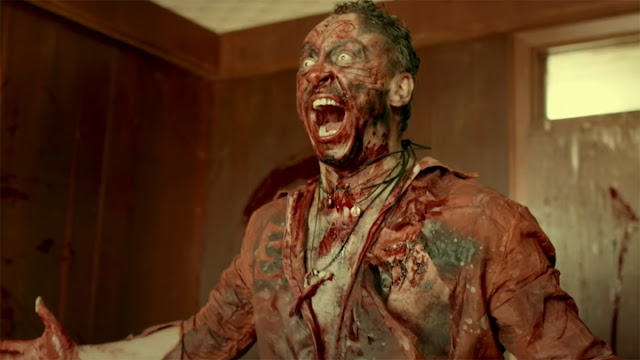 A corrupt dystopian future, a world ravaged by a man-made virus, a popular game show where contestants fight to the death in an effort to cull the global population. Stop, Exiled: The Chosen Ones, I’m in. So very, very in. Check out this quick teaser trailer and you may well join me.

This Exiled: The Chosen Ones trailer is like crack to me. Directed by by Ranjeet S. Marwa, it’s got crazy action, brutal violence, and stars Hannah Al-Rashid and Sunny Pang, who you likely know from films such as The Night Comes for Us, to name one.

[Related Reading: 'The Night Comes For Us' Movie Review]

Marwa also cites the influence of Night director Timo Tjahjanto and The Raid’s Gareth Evans. Both good things for a film of this ilk. I also can’t help but think of movies like The Running Man or The Condemned, among others, when I watch this trailer.

After a man-made virus failed to reduce the world's overpopulated areas, global leaders would start a new program that would legitimize a new venture in a game show. The game would be broadcast live, where random contestants would be exiled into a concrete jungle, forced to kill each other for their freedom. Viewers would place their bets on who had a chance at survival. Be that as it may...no one survives the game.

Film Combat Syndicate also talked with Marwa and got more info on both the story and how Exiled came to pass. Based in the U.K., the director promises something new for audiences, mixing an international cast of actors, the British urban location, and Southeast Asian action movie sensibilities.

In the game, the lower a player’s number, the longer they’ve been there. So if you run into number 137, they’re a relative newb, but should you encounter number four, you know they’re a bad, bad mother scratcher and have done some dirt to survive.

The film stars Pang as a character named Hiro, a “cold and calculating Yakuza hitman,” who wakes up not sure where he is or why. He encounters a mysterious woman named Amber, played by Al-Rashid, who is on a tear lately. Desperation pushes them together and they for an uneasy bond and team up, though they fight for different reasons.

[Related Reading: 'The Raid' Director Made a Badass Short Film You Need to Watch Right Now]

Like I said, I’m super into this whole thing. Just on every possible level.

Exiled: The Chosen Ones is reportedly in post-production as we speak. They have an eye on a 2021 release, so you can bet we will be sniffing around for any more news. 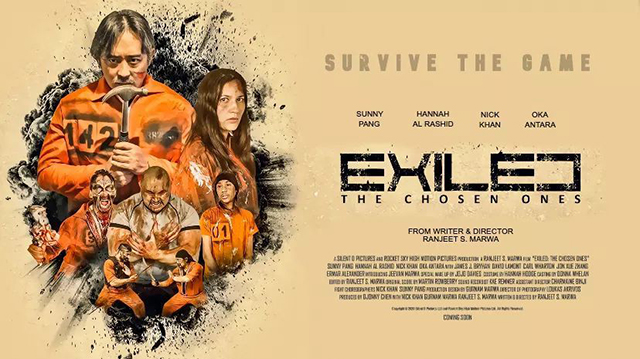 Posted by Brent McKnight at 8:48 AM