'Nobody' Trailer: Bob Odenkirk Goes On A Rampage, And Yes, He Could Beat You Up 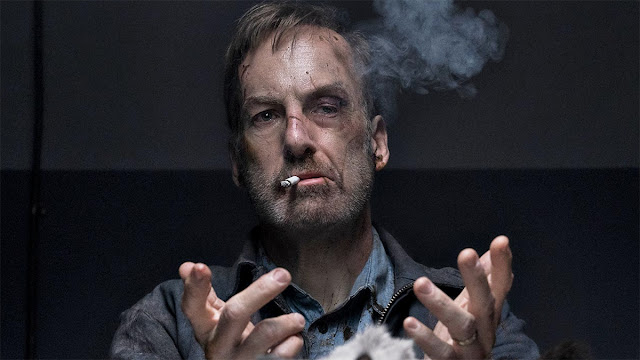 Okay, now I’m scared of Bob Odenkirk. Maybe not scared of him, because he seems like a genuinely nice guy, but I do now know that if it ever came down to it, he could kick my ass, just beat the ever-loving crap out of me. Don’t believe me? Watch the trailer for his upcoming action movie Nobody and then lets talk.

In the early going of this Nobody trailer, I was worried we were in for another “aggrieved white man goes on a violent rampage because the women and the non-whites and the gays pushed too far and took his manhood,” or whatever the hell shitty men are upset about these days. Fortunately, it takes a sharp turn away from that and full-on into secret-badass territory, and it is good. And hot damn, can Bob Odenkirk take some dudes apart.

The obvious comparison point is John Wick. You’re going to get that with Derek Kolstad, who wrote the Keanu Reeves revenge flick, and a producer list that includes David Leitch, who co-directed the damn thing. But there’s also a fair amount of Equalizer DNA here as well. All good things, mind you.

Ilya Naishuller, who you may know from the first-person action mayhem of Hardcore Henry, directs all of this. And they assembled an impressive crew of stunt performers, including the likes of Alain Moussi and Daniel Bernhardt, among tons of others. Odenkirk  himself trained for two years in order to pull off the fights and do much of the action himself.

Still, for all the brutal violence, Nobody knows who its star is and what he does. Come on, “Give me the kitty cat bracelet!”

Sometimes the man you don't notice is the most dangerous of all. Emmy winner Bob Odenkirk (Better Call Saul, Breaking Bad) stars as Hutch Mansell, an underestimated and overlooked dad and husband, taking life's indignities on the chin and never pushing back. A nobody.

When two thieves break into his suburban home one night, Hutch declines to defend himself or his family, hoping to prevent serious violence. His teenage son, Blake (Gage Munroe, The Shack), is disappointed in him and his wife, Becca (Connie Nielsen, Wonder Woman), seems to pull only further away.

The aftermath of the incident strikes a match to Hutch's long-simmering rage, triggering dormant instincts and propelling him on a brutal path that will surface dark secrets and lethal skills. In a barrage of fists, gunfire, and squealing tires, Hutch must save his family from a dangerous adversary (famed Russian actor Aleksey Serebryakov, Amazon's McMafia)-and ensure that he will never be underestimated as a nobody again.

This “Bob Odenkirk action movie” is something that we’ve heard about for a while, but from what we see in this Nobody trailer, it looks so much better than anything we imagined.

Posted by Brent McKnight at 8:58 AM