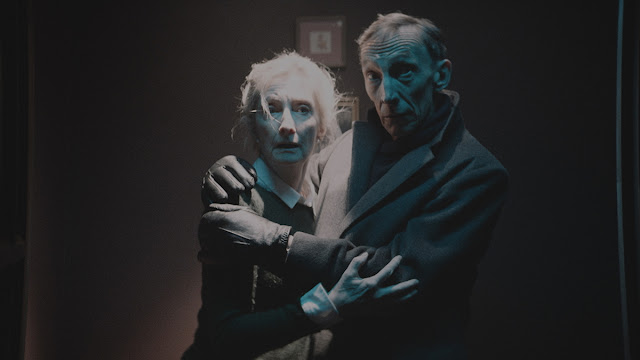 A sweet, adorable older couple in an idyllic, snow-strewn location, from a writer and director best known for their extensive resume of Hallmark movies, specifically Hallmark Christmas movies. Because of this, one might be forgiven for expecting certain things from Anything for Jackson. But this isn’t a Hallmark elderly couple, this is Audrey and Henry Walsh (Sheila McCarthy and Julian Richings), a pair of septuagenarian Satanists who kidnap a pregnant woman, Shannon Becker (Konstantina Mantelos), to perform an ancient ritual to implant the spirit of their dead grandson into the unborn child.

Here’s the problem, while working on their sinister errand, they accidentally call forth something much darker and more powerful than they thought. It’s a lot like a movie about kids messing around with the dark arts and get in over their heads. Only director Justin G. Dyck and writer Keith Cooper flip the formula, giving the old folks their time to shine. And be tormented by evil.

And wouldn’t you know it, Audrey and Henry find out it’s really, really complicated when you abduct someone, imprison her, and call forth evil forces beyond your control. They planned for everything, except nosy handymen, overly inquisitive cops, and also the horrifying spirits, ghosts, and demons they brought into this world. Oops. It’s sometimes blackly comic way, often gory as hell, and just as often legitimately scary and grim. Anything for Jackson collects elements of crime stories, ghost tales, exorcisms, and body horror, among myriad other influences.

At the film’s center is the relationship between Audrey and Henry. As twisted and nefarious as their actions are, they’re unendingly supportive and dedicated to one another. The film jumps around in time, showing their bond, revealing the sad truth behind the grief that drives them, detailing how they planned and executed their various misdeeds. For a murdering pair of Devil worshipers, they’re unusually couple goals. McCarthy and Richings give their characters humanity when it would be all to easy to dismiss them as pure evil with nothing redeeming to find.

They’re a cute pair of grandparents, but not. They go to meetings at the local library, only they’re gatherings of a local Satanic cabal; Audrey knits, but she knits coverings to make the handcuffs more comfortable for their prisoner; they have a jealousy stricken evil advisor, who’s also a loser who lives in his mom’s basement.

Anything for Jackson is a weird mix of things, but it somehow all works. Dyck and Cooper balance the darkness with the other elements and the result is a ton of damn fun. They take a novel, inventive approach, full of dark, off-kilter choices that never go the expected direction, and that all makes for a rollicking horror outing full of terror and heart. [Grade: B+] 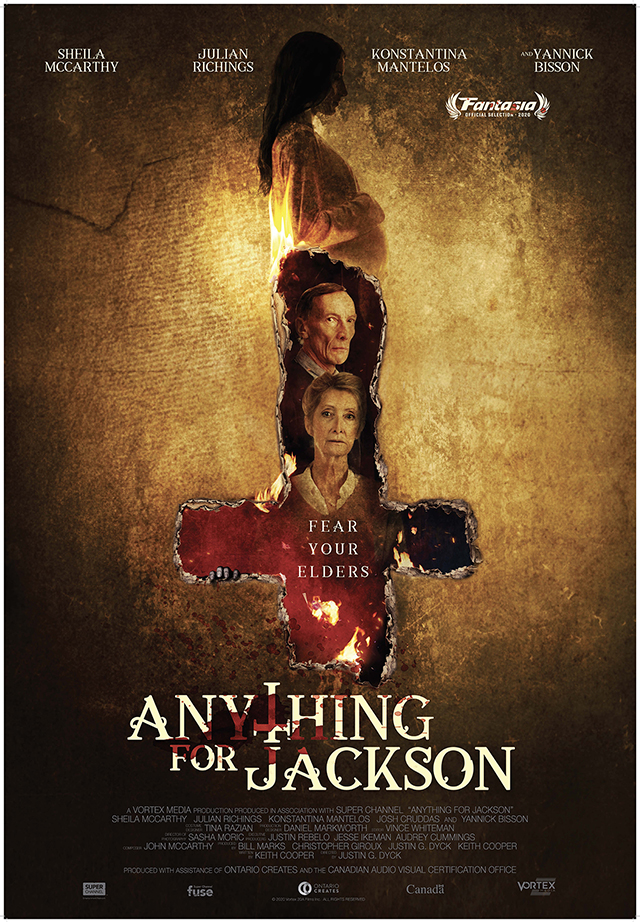