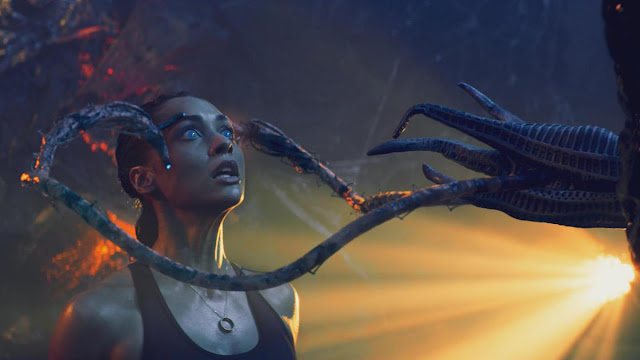 It happens often that a movie, usually a major studio production, aims to kick off a franchise, only for it to be a no-go. It also happens, in rarer occasions, that a movie aiming to kick off a theatrical franchise flops, but a franchise happens anyway, usually in the hallowed, at least around here, halls of DTV. Sometimes a series pops up where no one expected.

Undisputed is a prime example of this. The saga began life as a 2002 Wesley Snipes/Ving Rhames, men-in-prison-fight-for-survival tale directed by the great Walter Hill. What it became in the ensuing years is one of the premiere DTV action franchises and a showcase/calling card for series star Scott Adkins. There are multiple other examples, but it’s a curious life cycle, and an arc currently being travelled by the Skyline movies. 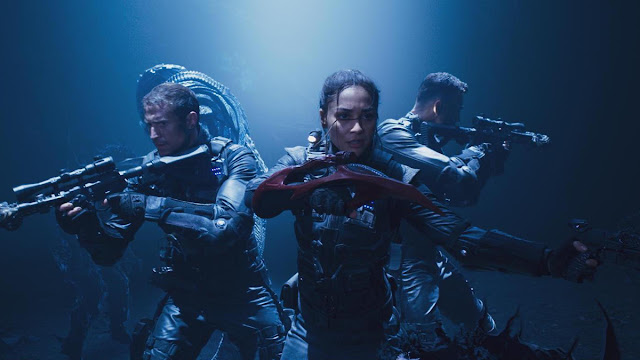 Despite being marketed like a big-budget sci-fi spectacle, 2010’s Skyline was low-ish budget indie production. It made decent money at the box office but was critically dismissed—it’s not great but a decent amount of fun for those so inclined—and appeared dead in the water. Until 2017, when Liam O’Donnell, who wrote the first film, took over the reigns as both scribe and director, and dropped an ass-whipper of a DTV action/sci-fi film starring the likes Frank Grillo, Iko Uwais, and Yahan Ruhian. And all was right with the world.

Cut to 2020 and O’Donnell returns with the third chapter in the saga, Skylines. Questionably stylized as Skylin3s, that tells you a lot about what kind of movie this is. Beyond is a gritty DTV action movie wrapped up in sci-fi trappings. Skylines, on the other hand, is a bonkers hard sci-fi adventure, but one sprinkled throughout with badass fight choreography and plenty of face punching.

[Related Reading: 'Beyond Skyline' Continues to Look Badass in This Indonesian Trailer] 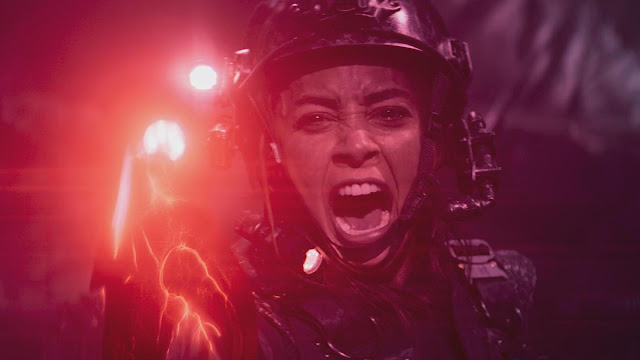 A convoluted, overly intricate plot places the action a number of years after Beyond. It story basically boils down to the aliens and humans have come to live in peace but a new virus threatens that stability. In order to save the human race, Rose (Lindsey Morgan), a human alien hybrid you may recall from the previous installment, and who is now a disgraced war hero, must lead a mission to the alien home world. The details get wild and travel far afield, but that’s the central premise.

In a strong cast, Morgan stands out. She kicks all kinds of ass in the action scenes, throwing down with humans and dudes in giant rubber suits alike, all while she gives Rose emotional depth and texture, providing the audience someone to root for. Hopefully this is just the beginning, because she should be a big action star. If you’re a sci-fi fan and haven’t watched The 100, you’re in for a treat. It takes four or five episodes to find its footing, but it’s far better than a CW melodrama about space teens stranded on a deserted Earth has any right to be, in part thanks to Morgan. 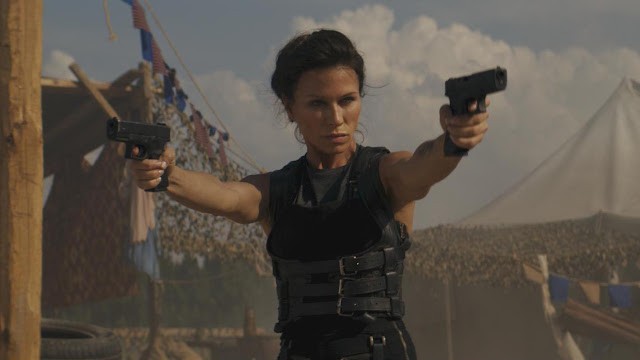 But while Morgan is clearly the star, she’s far from alone. Star Trek vet Alexander Siddig plays the mission commander and lends a bit of class and gravitas to the proceedings. Primarily known as a stuntman, though an action star in his own right, Daniel Bernhardt gets plenty of screen time as a space marine, including opportunities for extraterrestrial fisticuffs and gun battles.

While the main narrative thrust takes place in deep space, Skylines unfurls a B-plot on Earth. It has potential in a kind of District 9 type of way—it shows the clash of human and alien lifestyles—but never develops into much. It revolves around a doctor, played by Rhona Mitra, searching for cure for the alien virus as they turn violent and threaten the human survivors. There are a few nice action beats, but for the most part the primary story pushes it to the fringes for long periods of time—one has to imagine there was more in the script or that was shot but ended up on the cutting room floor. It unfortunately also largely squanders Ruhian, though he does have a few chances to fight aliens while wearing a giant prosthetic alien hand. Though if we’re being real, I’ve watched movies for far, far less than Rhona Mitra with a machine gun. That’s always a plus, even if there’s not enough. 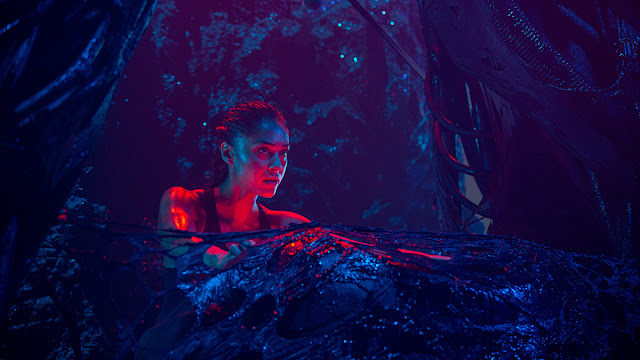 People are going to be quick to dismiss Skylines, and to be honest, those people probably wouldn’t enjoy this. Yes, it’s cheap and lo-fi and all of those things; this is definitely not for everyone. But it’s also wild and ambitious and free-wheeling. There’s an endearing earnestness, strong action, and good actors, and the result is a blast. I hate to use the “if this looks like something you’ll enjoy, you probably will; if it looks something you won’t like, you probably won’t” argument. It’s usually a cop out. But in this case, it’s also entirely accurate. If any of this sounds like a good time, by all means, watch Skylines. [Grade: B]