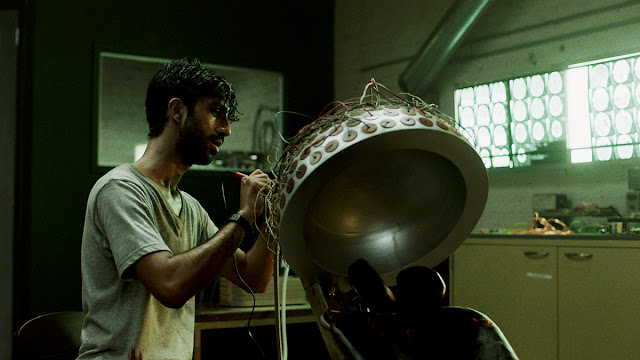 The easiest, most obvious comparison point for Eric Schultz’s Minor Premise is Shane Carruth’s Primer. Both deliver complex, intricate lo-fi science fiction that rely more on heady ideas and creativity than spectacle and budget. While the resemblance is there and there are definite similarities, this isn’t simply one filmmaker aping another. Shultz creates a tight, clever genre thriller that continually peels back layer after layer to reveal what lies beneath.

A small, largely contained narrative, Minor Premise is anything but simple. Using a handful of characters—to be honest, there are only two primary players—the story explores grand ideas, like memory, the nature of self, and what makes us the people we are. Thematically dense and structured in elaborate, looping fashion, the film explores these notions while dropping a taut, gradually unravelling mystery that will only benefit from repeat viewings. 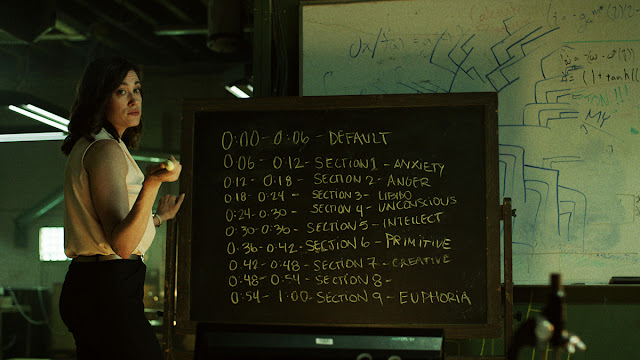 After the death of his father, and while attempting to live up to a looming patriarchal legacy, Ethan (Sathya Sridharan), a solitary neuroscientist, retreats into his own boundary pushing experiment. Using himself as a test subject—always a good idea—he achieves remarkable results. He also succeeds in fragmenting his consciousness into ten distinct segments. Each piece represents a particular piece of his personality—anger, anxiety, libido, and more—and each takes control six minutes out of each hour. With the help of his ex, Alli (Paton Ashbrook), Ethan must navigate this war within himself, the moral and ethical ramifications of his work, and his rapidly unravelling personal life and psyche.

Outside of Ethan and Alli, the only characters of consequence are his colleague/professional rival, Malcolm (Dana Ashbrook, Twin Peaks), and his father, Paul (Nikolas Kontomanolis), who appears in a handful of hazy memories. With this limited scope, much sits on the shoulders of Sridharan and Ashbrook, and both turn in wonderful performances. 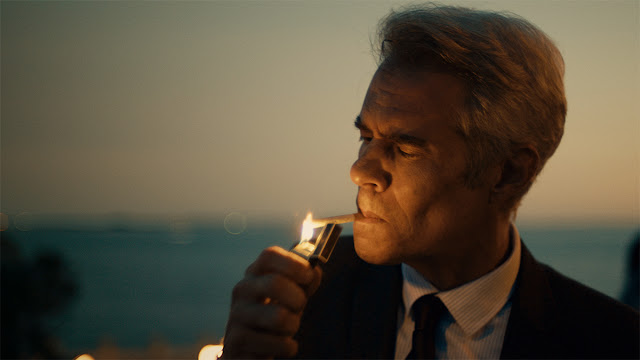 Alli is a brilliant scientist in her own right, though her compassion for Ethan and her desire to protect him drive her much more than her intellectual curiosity or career ambitions. We’re never given a ton of details, but the strain and wounds of their past together are evident on her face and mannerisms when she interacts with him and witnesses him come apart.

Minor Premise really stands as a showcase for Sridharan. Each separate facet is essentially its own character, and he shifts from one to the next with slick precision. It’s complicated enough at first, flipping every six minutes, but before long the lines blur and the segments battle with one another, begging the question of which is which, who is really in charge, and what is the ultimate endgame. And Sridharan deftly depicts this. 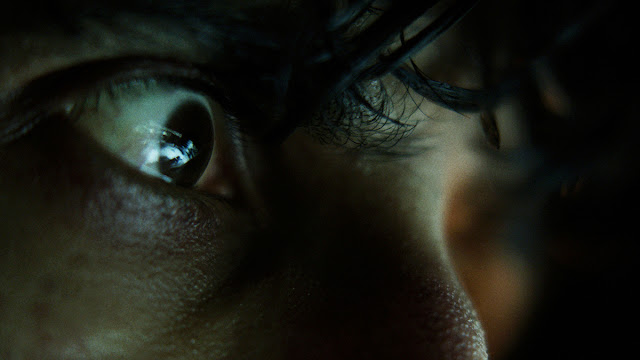 The film takes place almost entirely in Ethan’s home, primarily in his dimly lit basement lab. Shooting in such limited locations could easily lend itself to a stale, repetitive look, but Shultz and cinematographer Justin Derry keep things fresh and visually intriguing. They rarely film from the same angles, finding unusual ways to look at each scenario. Often, they place the camera up close and personal with Sridharan, giving the audience an intimate, front row seat for Ethan’s deterioration. Memories are filmed with gauzy filters, lending them a soft, almost dreamlike aesthetic. And they make use of the security cameras Ethan installs during lucid moments to keep tabs on his separate personas—but they never rely on them to the point where it becomes an intrusive gimmick.

The script from Schultz, Justin Moretto, and Thomas Torrey knows enough to avoid getting bogged down in the heavy science. They sprinkle in just enough lingo and jargon and big science words to make the characters sound like they know what they’re talking about, but don’t dive deep enough to dull the point—this isn’t a scientific paper, it’s more concerned with metaphysical conceptions and issues and focuses on those elements. 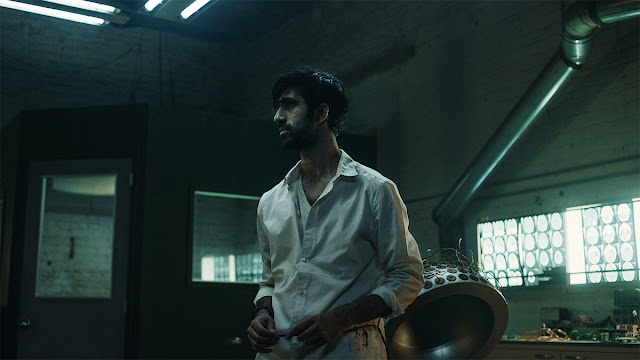 For the most part, the pace pushes forward at a brisk clip, doling out just enough technical information and background details necessary to make their point. There’s obviously a tangled web between Ethan, Alli, Malcolm, Ethan’s father, and even the university where they work—rivalries, clashing egos, bickering over credit—though they leave more sensations than concrete pictures. We get what we need, and the film trusts us to fill in the gaps ourselves—we don’t need the gory details of why Alli left for Stanford, knowing that she did is enough. Over all of this plays a tension-inducing score, plucking at stringed instruments as it plucks on the viewers nerve endings.

Minor Premise is the poster child for a film doing a lot with a little. With few settings and fewer characters, it hinges on an inventive, original idea, and relies on clever execution and adroit narrative chops. More than that, it’s never constrained or restricted by its limitations, by a lack of budget or setting. This feels like the movie the filmmakers wanted to create, not one they made as best they could with what they had at hand. I’m sure they would have liked more resources, which is true of almost every production, but they made something special here. [Grade: A-]