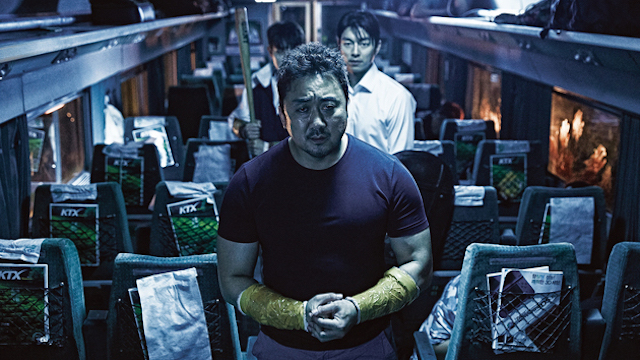 Train to Busan took over the world back in 2016. It wowed audiences when it premiered at Cannes, broke box office records in South Korea, and became one of the most acclaimed horror movies in recent memory. Almost immediately chatter of an American remake began. Though rumors died down for a while, things apparently kept moving forward. While it’s not a project I was ever particularly excited about, today the production did something that definitely kicks up my anticipation quite a bit: they hired Timo Tjahjanto to direct.

Deadline reports New Line has hired the Indonesian director to helm their Train to Busan remake. And as indifferent as I was to the remake, this seems like a perfect choice. Yeon Sang-ho’s original is an action-heavy zombie movie and Tjahjanto has an extensive background with both action and horror, and often blends the two together.

[Related Reading: A 'Train to Busan' Remake is Already in the Works]

Tjahjanto first came into most of our consciousnesses co-directing with Kimo Stamboel on films like Macabre, Killers, and Headshot, all of which blur the genre lines to one degree or another. The last few years, he’s struck out on his own turning in great horror titles, like the May the Devil Take You movies, and one of the best action joints of the last few years, the brutal, some-may-say-excessively violent The Night Comes for Us. (I’m not one of those people, I think it is perfectly violent.)

[Related Reading: Timo Tjahjanto's 'The Night Comes For Us' Fights Everyone]

There aren’t a ton of other details to this report. The plot is fairly simple: a father and his estranged daughter are trapped on a train as a zombie outbreak consumes the country. Along with their fellow passengers, they attempt to survive.

It’s a basic set up, one that’s easily transferable. While it’s full of all kinds of horror and action goodies, The original relies on the characters and world building to set it apart, which they do. The combination of a breakneck pace, emotional resonance, and well-formed personalities is what sets it apart from the horde of other undead horror jaunts.

[Related Reading: 'May the Devil Take You Too' Movie Review]

A new Timo Tjahjanto movie, whatever it may be, is something I’m going to be excited about. I was always going to watch the Train to Busan remake, but now it’s a film I’ll have marked on my calendar. Also, James Wan will produce, while horror veteran Gary Dauberman handles the script. Like I said, I’m way more excited about this than I was.