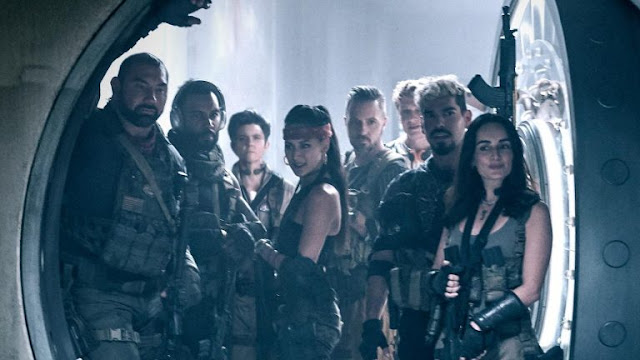 A heist movie, but make it zombies. I’ve heard much worse ideas, and that’s the basic premise behind Zack Snyder’s upcoming Netflix movie, Army of the Dead. While this first trailer doesn’t reveal much, it teases action, the undead, and the myriad problems that arise when those two elements collide. In short, it looks like a fine time. Check it out below.

This first glimpse of Army of the Dead definitely looks a “Zach Snyder trailer,” down to the slow, maudlin pop song playing over shots introducing characters followed by sudden bursts of frenetic action. This looks ridiculous, over the top, and excessive in every way, and I’m here for it all. Snyder clearly has a blast tearing apart the Las Vegas strip with bullets, zombies, and all manner of mayhem.

As a filmmaker, I’m mixed on Snyder. I love Dawn of the Dead and his animated owls movie; I like his take on Batman, less so how he approaches Superman; I even gave the original cut of Justice League a positive-leaning review. On the other side, not a fan of Sucker Punch or 300. Basically, the dude is polarizing for some people but I’m pretty whatever is what I’m trying to say. And Army of the Dead looks like a movie I will enjoy, so there’s that.

Here’s a synopsis that doesn’t add much detail to our understanding of this movie’s plot:

Following a zombie outbreak in Las Vegas, a group of mercenaries take the ultimate gamble, venturing into the quarantine zone to pull off the greatest heist ever attempted.