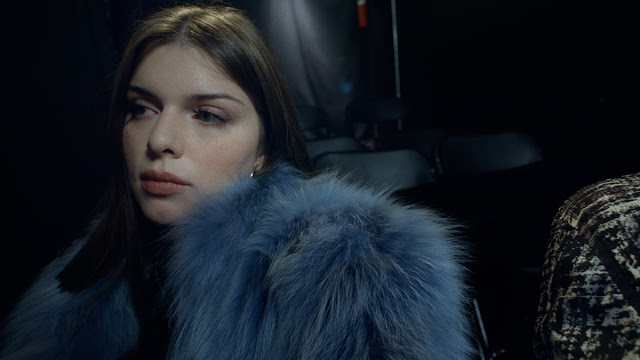 Writer/director Ben Howzie’s grimy indie drama, PVT CHAT, takes some big swings and has grand ambitions on a miniscule budget. A little bit mystery, a little bit thriller, it aims to unravel the tricky nature of connection in the modern age. The examination of how we communicate through screens, and how the personas we craft online bleed over into the tactile world, is especially poignant in this moment.

The protagonist’s isolation, his desperation for meaningful connection, and his search for emotional warmth from a great distance, mirrors what so many people, in the midst of various stages of quarantine, are experience right now. The film hopes to peel away and examine the barriers between authenticity and artifice, revealing some deeper truth and meaning. Does PVT CHAT hit its mark? In fits and starts, in certain moments, yes; but as a whole, the successes are few and far between and your mileage may vary. 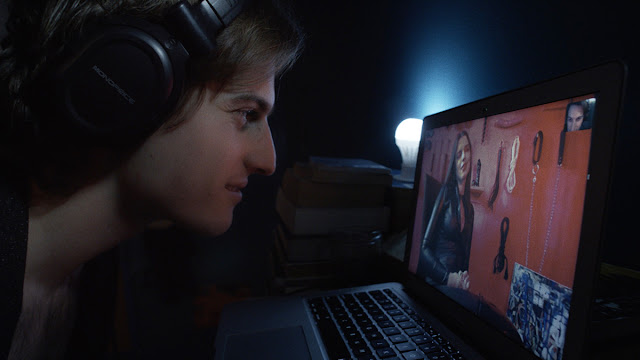 The film follows Jack (Peter Vack), a lonely online blackjack addict from New York who forms an obsessive fascination on Scarlet (Julia Fox), a cam girl from San Francisco. Against all odds, the two maybe, just maybe, form a burgeoning connection, though it begins as Jack pushing the issue and her placating his whims for bigger tips. Things bubble over, however, when Jack sees Scarlet in a bodega one night and his fixation kicks into overdrive.

The set up practically begs to morph into a horror movie where Jack devolves a deranged stalker. He crosses a line following his fantasy into the IRL realm, and though the film glosses over this, it’s a nightmare scenario for sex workers. But more than taking a turn into genre, it spools out into a story about trying to find an earnest attachment. 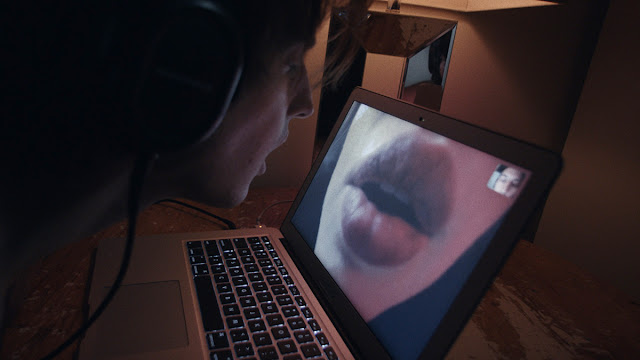 And that’s the issue, PVT CHAT never feels confident in what it wants to be. At times it plays like a paranoid thriller. Aesthetically, it owes much to early 1970s independent NYC cinema—think a free-wheeling handheld Cassavetes style, at times similar to the look and tone of the Safdie Brothers ape, grubby and street and immersive. It teeters on dark places, with Jack’s leering obsession, the suicide of his roommate, his worsening gambling problem, and a series of bad choices that lead him to take money from potentially dangerous people. But maybe his stalking is pure of heart and maybe these guys aren’t so bad. In parts it appears to want to set up expectations in order to subvert them, but for a movie that positions itself as a work of art that pushes boundaries, it plays weirdly middle of the road in most situations.

The narrative has runs and slumps, but works best when it puts Jack and Scarlet in the same room. When they can bounce off each other face to face, it creates a kind of anti-romantic comedy sentiment that creates a few sparks of life and leans into the questions of what’s real and what isn’t at the center of their relationship. But instances these are few and far between and mostly come near the end in a too-little-too-late scenario. 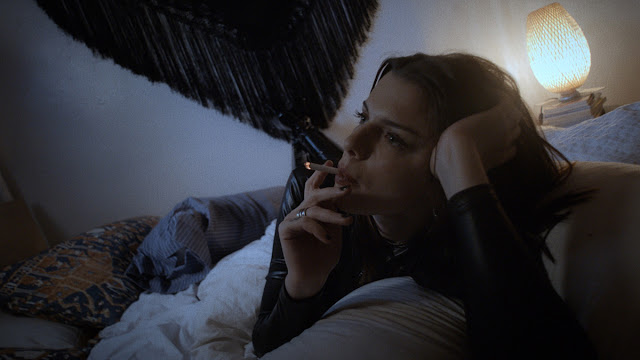 After Uncut Gems, a lot of people clamored to see more of Julia Fox, and she shines again. She nails the seductive webcam angle, stringing Jack along, stroking his ego and expertly pushing his buttons as she sits framed by a wall of whips and sex toys. But she’s also every bit as good when we see her as a frustrated girlfriend, in a relationship where she finds herself very much in the role Jack plays in their dynamic. Scarlet is easily the most compelling of the two main characters and the film would have been much better served spending more time with her, though for most of the movie we only experience her through Jack’s computer.

To be honest, while Vack does a good enough job, Jack simply isn’t interesting. At all. He’s a very particular type so common to the movies PVT CHAT emulates, think a watered-down Ratso Rizzo with few actual consequences for his actions. He’s a motor-mouthed hustler who doesn’t really hustle; his landlord has evicted him, but also allows him to stay in the apartment seemingly indefinitely; his roommate killed himself, which doesn’t appear to affect him in any significant way. Everything slides right off with a wry grin. 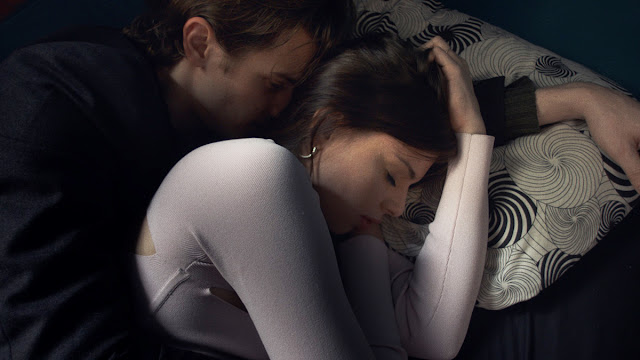 The movie wants to be sexy and seedy and edgy; it obviously aims to shock. But again, even as we see a lot of Jack’s boner, a lot, as he masturbates to Scarlet on his laptop, it comes across as weirdly safe, almost sophomoric, and surface level in its depiction of this world and its sexuality. Instead of sleazy and sordid it borders on quaint. Like, “Aww, there’s his boner again, he sure likes that thing.”

PVT CHAT is full of potentially intriguing ideas about love, set, loneliness, and connection, among others, ideas that feel urgent in the present moment. But it never explores them or delves into them in any meaningful way. Even the film’s attempts at transgression and boundary pushing fail to plumb the depths, winding up tepid instead. [Grade: C]