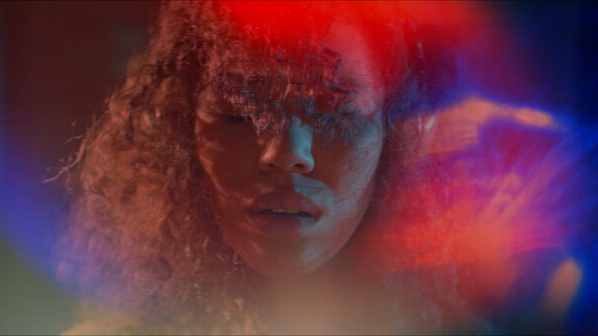 As a child, Alexis (Jasmin Savoy Brown) witnesses her recently-returned-home-from-war father murder the rest of the family. Through this act of brutality, she regains her lost hearing, but experiences something strange as well. It awakens synesthesia in her—a neurological condition where one sense triggers another, in this case certain sounds beget vivid, colorful visuals. Sound of Violence picks up with Alexis as she ages and pursues a career in music, chasing the sensations sounds bring through more extreme measures, leading her down increasingly violent, brutal paths.

Writer/director Alex Noyer’s film plays something like an art-house take on Saw. Alexis stages elaborate torture scenarios to elicit and record ever more visceral, raw, primal sounds from her victims just to feel what she felt as a ten-year-old watching her father beat her mother to death. She uses these recordings to create experimental songs, conducting an orchestra of pain, hiding her true intentions from everyone, including her best friend and roommate, Marie (Lili Simmons). 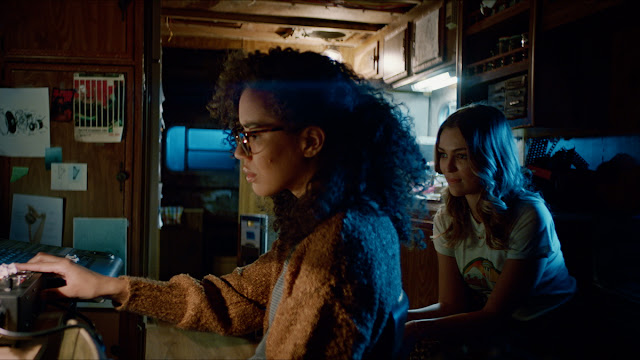 Based on a short, that’s oftentimes readily apparent. Sound of Violence strings together gorgeous, extravagant bursts of violence and color, and cool, inventive sound design with flimsy storytelling beats. The script labors to connect inventively horrific scenes in any deeper, meaningful way, but the film founders and strains to fill the space outside of the primary narrative thread.

Brown is fantastic, infusing Alexis with a drive and passion that belies her darker impulses and aims, grounding her spiraling quest in tragedy and trauma. She’s both relatable and horrifying. Simmons delivers a strong performance, portraying earnest concern and worry in what could have been a thankless, stock friend role.

[Related Reading: 'Spiral: From the Book of Saw' Movie Review] 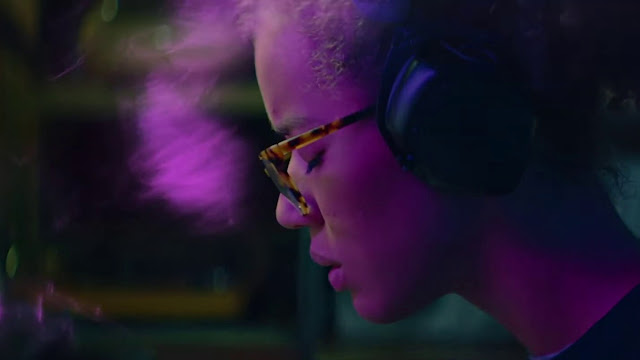 Outside of that, however, Sound of Violence struggles. It never explores the underdeveloped thread of romantic attraction between Alexis and Lili, exemplified by Lili’s tepid boyfriend, Duke (James “Son of Mick” Jagger). Designed to provide additional gravity and texture, it plays relatively inert. Intended to propel action and create additional external tension, a subplot about a detective (Tessa Munro) investigating these Alexis’ crimes does none of that. It adds nothing and could be entirely excised without affecting the story—there’s never a moment where it impacts anything or where Alexis even appears aware the police are after her.

What works in Sound of Violence works incredibly well. Jasmin Savoy Brown delivers a nuanced, delicate performance, punctuated by startling violence. Noyer’s visual interpretation of Alexis’ synesthesia are stunning to behold and coupled with the carnage are worth the price of admission. But when the film veers away from these elements, what remains is threadbare and limp, holding it back from being truly spectacular. [Grade: B-]

Posted by Brent McKnight at 2:19 PM