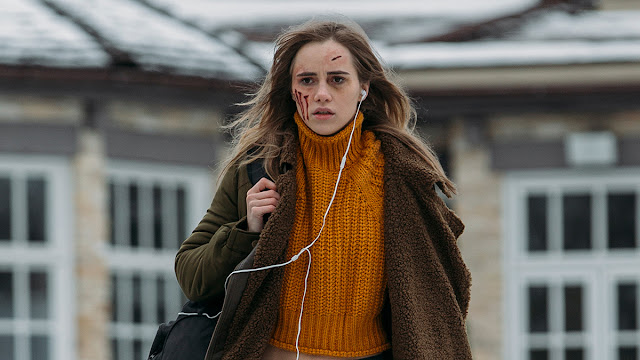 As a filmmaker, Simon Barrett is best known for his collaborations with director Adam Wingard (Godzilla vs. Kong). The duo teamed up for You’re Next and The Guest, among others. Now, as so often happens, the writer takes his turn in the big chair, and the result is Seance, a solid if unspectacular debut that attempts to play with horror conventions to mixed results.

Barrett’s most successful films take fairly standard genre set ups—the home invasion, the stranger-comes-to-town, don’t go into the woods—and plays around with them, subverting expectations and giving well-worn stories a new sheen. Handling the writing and directing duties, that’s what he attempts with Seance. This time out, he takes aim at teen ghost story/haunted house narrative, only with a few modestly concealed surprises in store. 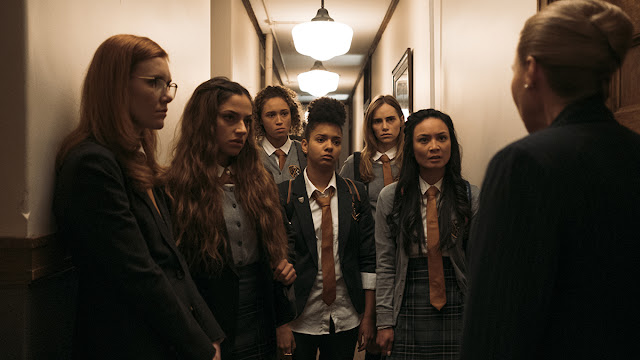 Following the death of a young woman at a fancy-pants boarding school, a spot at the exclusive educational institution opens up, a slot taken by Camille (Suki Waterhouse, The Bad Batch). Upon arrival, she finds a clique of mean-girl bullies—Inanna Sarkis, Madisen Beaty, Megan Best, Stephany Sy, and Jade Michael—one outsider friend, Helina (Ella-Rae Smith), and an indifferent administration more concerned with maintaining decorum and the school’s reputation than the safety of its students. Also, maybe the ancient New England building is haunted, just for kicks, and before long girls start dropping like flies.

We get a lot of the usual horror mechanisms here—flickering lights, creaking floors, sudden background movement, stuff falling off shelves. There’s also standoffish behavior masking deeper trauma, insecurity just below the surface, and other red flags. And, of course, the new girl has a shadowy history she’s none-too-keen on sharing with the class—she’s quick to violence, maybe lied on her transcripts, and keeps her motivation to herself. 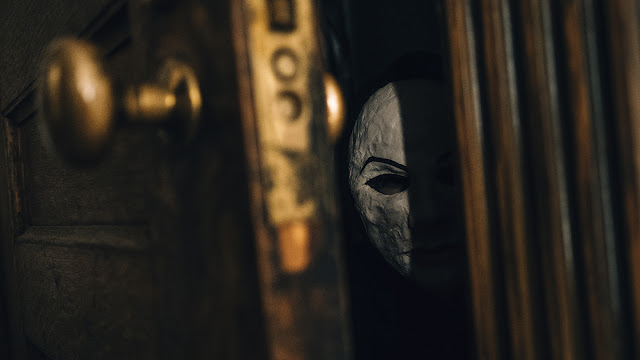 All this is fine. It’s overly familiar, sure, but that’s the point. However, while Barrett’s script attempts to tinker with the formula, it never really does anything different or of any note. Team bitchy-girl is so arch they border on Heathers-style camp, but not as fun; the horror flourishes are as blase as they sound; even the mysterious stranger is something Barrett has done before, only with much more intrigue and impact.

As the mystery deepens and builds, things come together in a way that’s not particularly satisfying, nor surprising. Villains take unnecessary amounts of time to overly explain the intricacies of too-complex plans that still somehow rely heavily on coincidence. Which leads up to big reveals that don’t offer nearly the shock the film believes it delivers. Instead of an “a-ha,” we get a, “that’s it?” 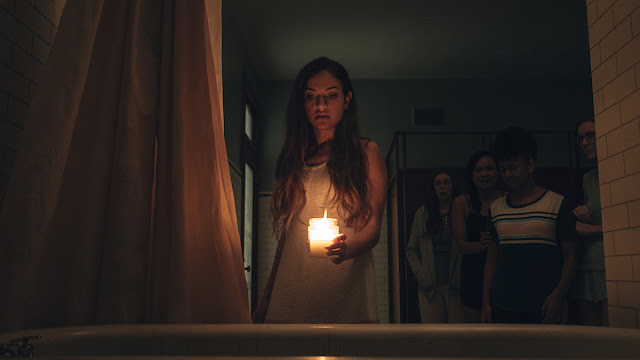 Honestly, it’s fine. Seance is fine. The mean girls are mean, the spooky stuff is spooky, Waterhouse’s accent comes and goes but isn’t terribly distracting. Yes, it’s kind of a mess and never amounts to anything super memorable, but it remains watchable and is perfectly serviceable for what it is. [Grade: C+]

Posted by Brent McKnight at 7:23 AM