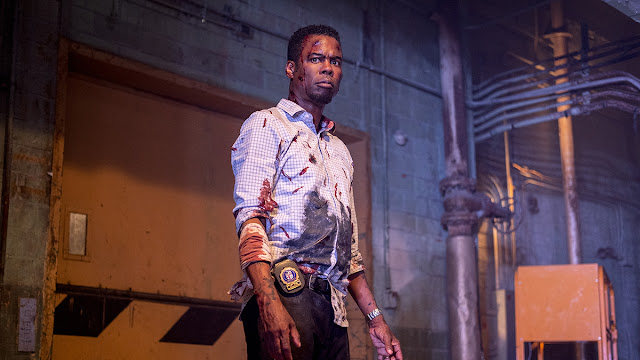 The Saw movies built a following on intricate murder contraptions, explicit gore, and a mastermind of death with a flair for the dramatic. It’s been a few years since the last installment, and with a primary antagonist who’s dead, it’s tricky to continue a horror franchise. But not impossible. In walks Spiral, formerly Spiral: From the Book of Saw. Director Darren Lynn Bousman, who helmed chapters two through four, returns with a film that, while technically a sequel, seeks to reboot things and take the narrative in a new direction.

It’s a fine line to walk when looking to appease extant fans and also do something different. You want to capture what devotees love about the saga while also blazing a new trail. Finding a balance isn’t always easy. For the most part, however, Spiral accomplishes this goal. There’s plenty of vicious, mean-spirited violence to sate the inherent bloodlust in the core audience. And at the same time, it rewrites the script in an interesting way that takes the story to fresh (ish) places.

[Related Reading: This 'Spiral: From the Book of Saw' Trailer Want to Play a Game with Chris Rock] 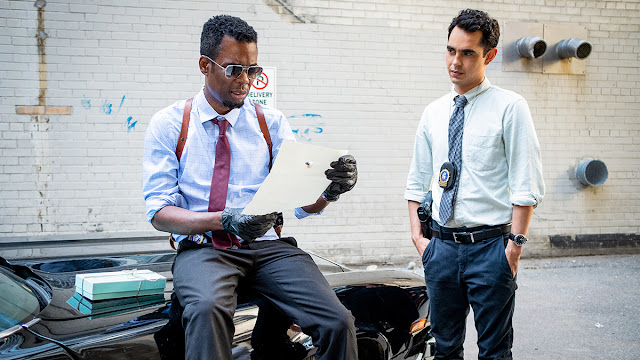 When a criminal begins using Jigsaw-inspired devices to mete out justice to corrupt cops, it’s up to detective Zeke Banks (Chris Rock), who plays by his own rules despite being the last honest officer, and his new partner, William Schenk (Max Minghella), to stop him before the next skinning, boiling, or otherwise horrific murder.

Though punctuated by graphic moments of heinous carnage, Spiral is, at its core, a tense, gritty, 1970s-style detective story. It’s certainly that filtered through a viscera-splattered lens, but aesthetically this plays as a sweaty, hard-boiled throwback police procedural. Zeke tools around the crime-ridden streets in a muscle car, vilified by his colleagues for violating the code of silence and rolling on a corrupt partner years ago. There’s drama with his captain (Marisol Nichols) and his legendary-cop-father (Samuel L. Jackson), as well as a whole force of coworkers who hate his guts. He even has an estranged wife since we’re checking off the cop movie boxes. 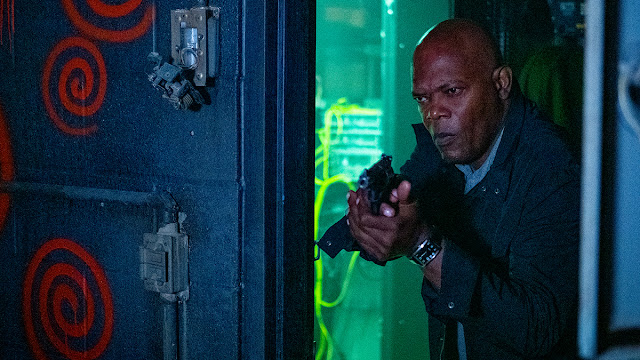 Again, there’s plenty of blood to go around. But after an opening scene that involves tongue ripping and death-by-subway, Spiral spends the first 40 minutes focused on the mystery side of the story rather than bloodletting and slaughter. Writers Josh Stolberg and Pete Goldfinger (Jigsaw, Piranha 3D) craft a solid thriller as Zeke and company play the game and attempt to solve the puzzle. You won’t find any mind-blowing twists or the liveliest ever take on the material, but does what it does well enough as it synthesizes the two trope-heavy genres.

It’s fun to see Rock splash around in the horror pool—he’s also a producer. And if you’re a fan, there’s much to enjoy—his introduction is basically a stand-up bit. He has strong chemistry with Minghella, even if Zeke does accept being shackled with an over-eager rookie a bit easily, and the scenes where Rock and Jackson banter back and forth are as entertaining as one might imagine. If only there were more. 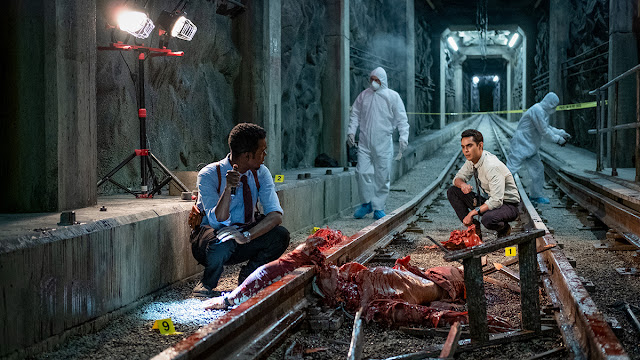 Obviously intended as a starting point for a new arc and to breathe new life into the IP, Saw could do a lot worse than Spiral. A workmanlike police procedural with a compelling protagonist and the squalid splatter fans demand, I don’t know how often, if ever, I’ll revisit this, but I’ll certainly check out the inevitable subsequent installments. [Grade: B-]