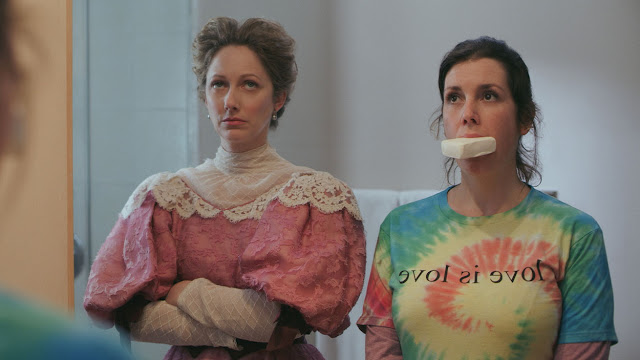 After being branded a sex offender, stoner slacker Hannah (Melanie Lynskey) gets a job as a live-in tour guide at a historical southern estate. One that happens to be haunted by the ghost of the home’s original inhabitant, the prim, proper Lady Wadsworth (Judy Greer). The two women, one living, one dead, become unlikely pals. Such is the premise of Lady of the Manor, the feature directorial debut from prolific actor and former Apple spokesperson Justin Long, who costars, and his brother, Christian Long. If that sounds funny, don’t worry, it isn’t.

Comedy is so, so subjective; what one person finds funny, the next groans and rolls their eyes at. That said, it’s hard to imagine most audiences laughing at much here. The humor plays like a lackluster basic cable sitcom, full of tepid fart jokes and tired stoner gags. Not even envelope pushing enough to call juvenile, you watch these bits blank-faced and stoic. The only times that crack a smile during the entire 96-minute run time are a few chuckles at Ryan Phillippe’s rich, pastel-blazer-wearing douche-nozzle Tanner, but even most of that whiffs. 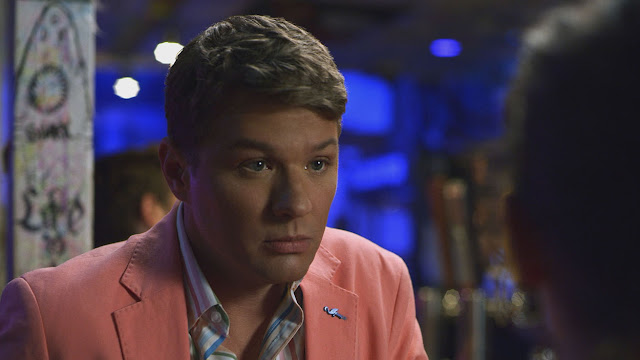 Honestly, the only positive thing to say about Lady of the Manor is that the Longs absolutely stack the cast. And that fact only makes this misfire that much more frustrating because it has such a fantastic group of actors. A movie fronted by Melanie Lynskey and Judy Greer should be great. Those two have so much charm and charisma they should be able to carry any film. Phillippe has a good time chewing on his spray-tanned asshat of a character, but mostly it falls flat. Justin Long shows up and plays his usual nerdy, neurotic milquetoast, a history professor this time, and your mileage may vary on that. Luis Guzman has three or four scenes as a bartender, where he gets roughly one line each time. And goddamn Patrick Duffy plays the Wadsworth family patriarch, which should be hilarious, but, as with everything else, isn’t.

None of the problems in Lady of the Manor can be blamed on the cast, they simply don’t have much to work with. Characters don’t have to be likeable, and they’re not particularly, but they at least need to be interesting or compelling to watch in some way, in any way at all. Hannah has zero personality beyond being lazy and slob. Tanner is a privileged, entitled chode, but that’s only good for a few minor giggles, with nothing deeper going on. 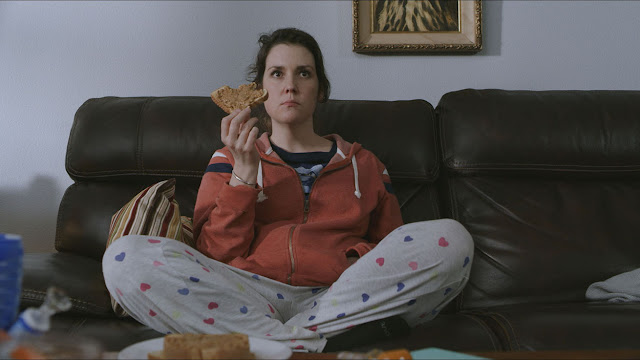 Characters act with zero motivation or development, and the script, also from the siblings Long, earns absolutely nothing. Hannah instantly falls in love with a guy she almost drunkenly bones once, or says she does when the story demands. When the plot conveniently needs to find any direction in the third act, she suddenly cares deeply about her boss (Angela Alise), who appears in the movie for a few fleeting moments and with whom she barely interacts.

In reality, Lady of the Manor isn’t worth the effort to get worked up about one way or another. It’s well-intentioned enough and largely harmless. But damn, it’s an absolute nothing of a movie, even down to the look, which is bland and unremarkable in every way. It’s all a shame, too, to waste Melanie Lynskey and Judy Greer in such egregious fashion. They should both lead more movies, just not this one. [Grade: C-]

Posted by Brent McKnight at 2:17 PM