Originally slated to drop in November of 2019, then further delayed multiple times because of COVD-19, No Time to Die serves as Daniel Craig’s James Bond swan song, his grand finale as the iconic international man of mystery. And after months and months and months of waiting, of anticipation, it ends, to use that oft quoted line from T.S. Eliot, not with a bang, but with a whimper.

The further I get from this movie, and the more I think about it, the more this has already become my least favorite of the Craig Bonds. Director Cary Joji Fukunaga’s film aims to be Craig’s On Her Majesty’s Secret Service, exploring the British spy’s romantic, emotional, more human side. Only we’ve seen that before over the course of the past few movies, and it plays like re-warmed leftovers here.

[Related Reading: 'No Time to Die' Teaser: Get Your First Look at James Bond's Next Adventure] 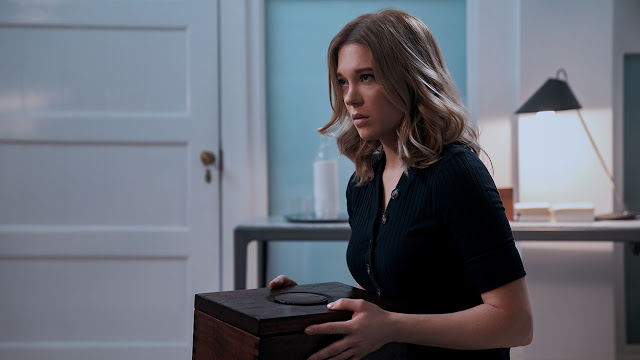 Yes, No Time to Die is ambitious. Yes, it has big exciting action set pieces. It even has a sense of fun and humor missing in much of Craig’s tenure—I can’t say for certain, but this feels like the handywork of Phoebe Waller-Bridge, who was brought in late in the game to punch up the script. But the film is also jumbled, erratically paced, bloated and overlong, with a terrible villain and packed full of ham-fisted emotional manipulation. At best, it’s a middling send off for this iteration of the character; at worst, a droning slog.

No Time to Die kicks off with a bang. The opening plays like a slice of tense, home invasion horror, complete with a killer in an unsettling mask. Then we jump in time and pick up with Bond and Madeleine Swann (Lea Seydoux) in the midst of a romantic jaunt where they dig into each other’s secrets, topped off with a banger chase scene. It’s thrilling and energetic, and Fukunaga shoots the hell out of it. But this is also the only time where the romance works and looks anything like authenticity, which becomes a problem. As a whole, the pre-credits sequences are aces, but from there it’s a long, slow, did I mention long downhill slide. (Not to harp on this, or beleaguer long movies—long movies can be great—but every one of the 163 minutes feels palpable, grinding, and viscerally present.) 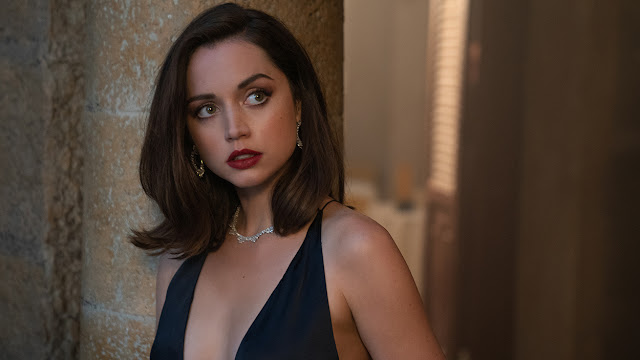 From there the plot jumps ahead again. And, as has become the pattern, the spy has left active service, kicking back on a tropical island. Through a convoluted series of events, he’s drawn out of his retirement to because only he can save the world from a madman bent on global destruction. Not only must Bond save the world, but the script from Fukunaga, Neal Purvis, and Robert Wade, with an assist from Waller-Bridge, also attempts to tie up every last loose end of Craig’s run.

Not Time to Die hits all of the franchise markers. We traipse along with Bond as he bounces from exotic location to exotic location. There are plenty of wacky gadgets, including a running gag about a mechanical eyeball that totally pays off. Of the action beats, a sequence in Cuba stands out. This thread also introduces us to Ana de Armas’ operator Paloma, and after this, the Cuban actress should definitely front her own action movie. And speaking of actresses who should get their own turn leading an action movie, there’s Lashana Lynch as British agent Nomi. She’s no-nonsense and badass, but also sarcastic and biting, and she’s easily the high point of the movie. (I may be wrong, but her dialogue and character is where Waller-Bridge’s fingerprints feel heaviest to me.) 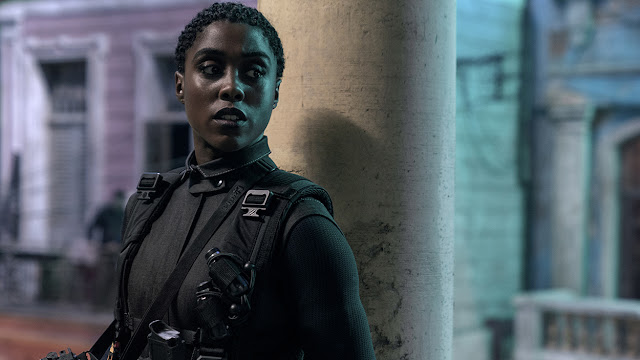 The problem with these highlights is that they’re woefully few and far between. Endless scenes of plodding exposition and mild revelations elapse between bouts of action. Attempts to build tension and mystery during this time fall flat. And along the way, the film stops to revisit all of the greatest hits, with diminishing returns.

Perhaps worst of all, there’s an overwhelming lack of stakes. Though the fate of the world hangs in the balance, there’s never a whit of imminent danger. The dastardly plan is so ill-defined as to be entirely unthreatening. The script assumes you’re already invested in the relationship between James and Madeleine, so if you’re not already shipping that couple, the romance drinks like a tepid cup of tea. When there are consequences, they only befall minor, negligible players; betrayal comes from the most obvious source, surprising only conveniently oblivious characters who should know better. 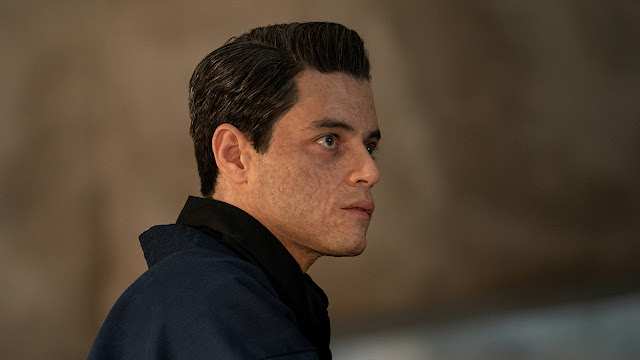 Some say Bond is only as good as his villain. I disagree with that, but it doesn’t change the fact that No Time to Die has a serious villain problem. First off, there’s a swollen, distended red herring of a big bad that is both exhausting and a retread. And when we’re finally introduced to Rami Malek’s Lyutsifer Safin, he’s awful. He sucks so, so bad.

A common complaint about modern movie villains is that they’re too perfectly laid out and overly explained. They have their cause, their drive, their exacting blueprint of everything they’re after and why. If that’s the case, this is a drastic overcorrection. Safin has a plan, in theory. After the screening three of us tried to hash out exactly what he wanted, but no one was certain. His endgame is vague to the point of being nearly nonexistent, and consequently inert and non-threatening. If his goal is fuzzy, his motivations are more question than anything concrete. And Malek doesn’t help matters, bringing little but lifeless affectation to the role as he drones on in a blank monotone with nothing to say. 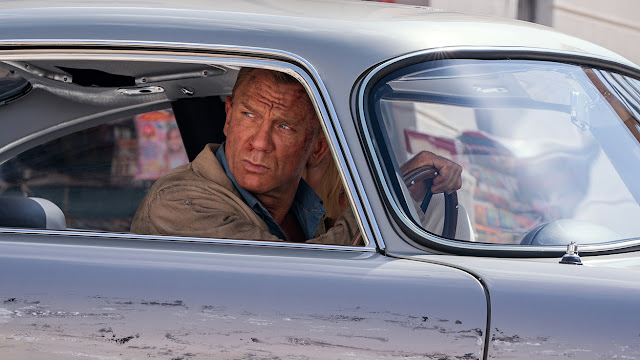 When Daniel Craig first took over the James Bond mantle, it was hailed as a darker, grittier, more realistic take on the character. He was a breath of fresh for many after the slick winking and quippy banter of Roger Moore and Pierce Brosnan. (I maintain that Timothy Dalton got a raw deal and that his two outings as Bond were ill-timed, share substantial DNA with Craig’s, and are better than people give them credit for.) He’s been strong as the super spy, and though up and down, the movies have tried to do something different with the character and his history. And Craig isn’t bad in No Time to Die, but by this point, it’s more of what we’ve already seen and he feels like he’s sleepwalking through a role to which he was already reluctant to return.

We could go on, but I’ve said my piece and to get into more detail pushes into spoiler territory. Other people seem to enjoy No Time to Die more than I do, but with a few exceptions—I want to watch an entire movie about Lashana Lynch’s character—I didn’t find much to cling to. It doubles down on many of what I believe to be the weakest, least interesting parts of the Daniel Craig James Bond canon, assuming audiences are more invested in those things than I am. It’s damaged by the incessant need to revisit, relitigate, and tie up every last point from the previous three movies, and is more concerned with sending off its star in lackluster fashion than telling a compelling or intriguing story. [Grade: C-]

Posted by Brent McKnight at 2:18 PM