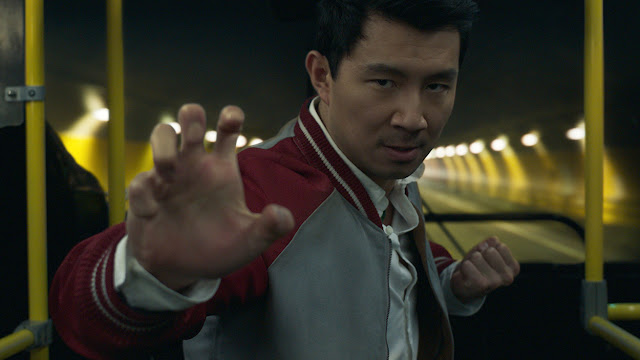 On the surface, Shaun (Simu Liu) appears to drift through life, working a go-nowhere job and wasting time singing karaoke with his BFF Katy (Awkwafina). But Shang-Chi and the Legend of the Ten Rings is a Marvel movie, so you know that’s all an illusion. Turns out, Shaun is really Shang-Chi, son of Wenwu (Tony Leung), a thousands-of-years-old crime lord and leader of the infamous Ten Rings gang. As one might expect, Shaun’s past comes a-calling and he must confront his own history as well as that of his family.

There’s a lot to love about director Destin Daniel Cretton’s take on Shang-Chi. Featuring the Marvel Cinematic Universe’s first Asian superhero, the film is steeped in Asian culture and representation. Liu and Awkwafina have a nice chemistry that gives the film a fun bounce sarcastic edge. It’s brisk and fast-paced and enjoyable in that affable, inoffensive way most MCU movies are. And Michelle Yeoh shows up. And Tony Leung remains one of the most beautiful, charming people alive. 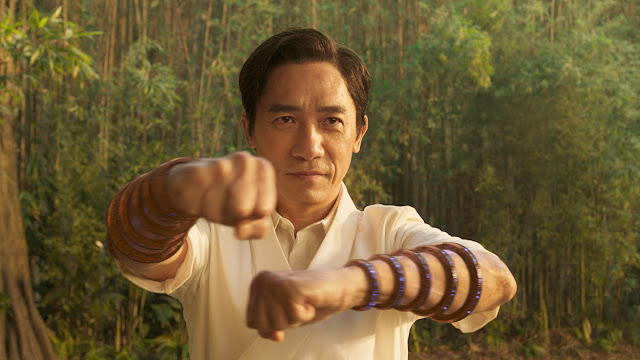 For my money, Marvel movies work best when they stand on their own rather than playing like two-plus-hour setups for movies to come. The likes of Guardians of the Galaxy and Black Panther, or even Thor: Ragnarok, while still very much part of the larger continuing narrative, feel like their own thing. They tell their tale first whereas in others they take a back seat. Shang-Chi falls into this category. Of course familiar faces pop up in cameos, Easter eggs litter the ground, and characters reference events from other films. But an encyclopedic knowledge  of every film isn’t necessary, you can sit back and enjoy this on its own.

That said, it should be fun to see how this new addition fits into the bigger picture down the road. Liu has charm for days and more than carries the story. He also has the chops necessary to pull off a believable martial arts master and Shang-Chi has some of the better fight sequences in the MCU. 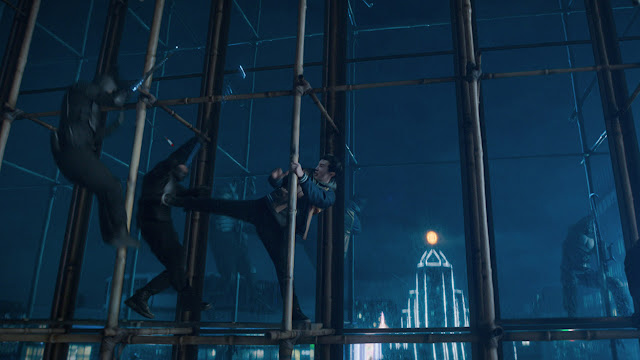 For everything Shang-Chi does right, it still succumbs to many typical Marvel pitfalls. By this point, they have the formula down pat and though the film has its own personality, it never veers from the playbook. Ubiquitous daddy issues and father-son strife plays a key role, as do familiar ideas of destiny and identity. And, as always happens, it devolves into a big, muddy CGI battle for most of the third act.

Shang-Chi bills itself as a sweeping martial arts opus. In pursuit of this goal, Cretton and company enlist the likes of the late Brad Allan, who passed away recently, to direct the second unit and coordinate stunt work, and Andy Cheng to design the fights. Among others. The film plays like a grab bag of various influences, specifically lifting from Chinese cinema. It nods to Jackie Chan, one scene in particular. Others play like moments from an epic Zhang Yimou movie. A few scenes even call to mind the gritty crime sagas of directors like John Woo and Tsui Hark. 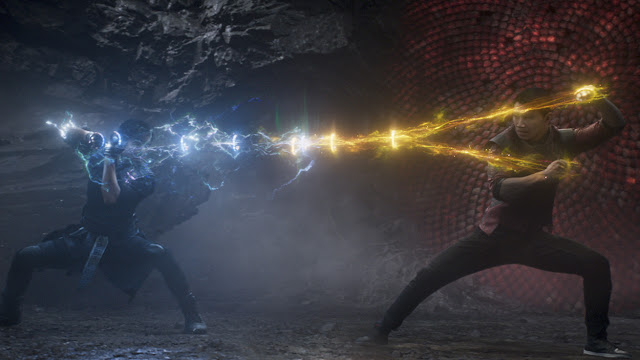 On a mechanical level, the action delivers solid thrills and face-punching, especially in smaller scale fights, like early on when Shawn tangles with a group of assassins let by Razor Fist (Florian Munteanu). But the bigger the set pieces become, the more the film covers the characters with a layer of CGI. Eschewing wire work and practical stunts for pixels, these lose the visceral edge. This is admittedly an issue with Marvel movies across the board (and modern superhero movies in general), but in this case, because Shang-Chi so purposefully mimics other films, we’ve seen this done with so much more oomph, it’s hard not to feel something missing. You can definitely appreciate and enjoy what they’re trying to do, and what they accomplish, while still wishing for something more. Both things can be true.

If you like Marvel movies, you’ll probably enjoy Shang-Chi and the Legend of the Ten Rings quite a bit. There’s a great deal to appreciate. I won’t mind seeing Shang-Chi pop up in future movies. (I also wouldn’t mind seeing Cretton, most known for powerful dramas like Short Term 12 and Just Mercy, direct another action movie.) While it has a character and personality of its own, it’s still cut from a familiar cloth. They may have wrapped it in different details, but this is through and through a Marvel movie, and everything that entails. Still, it’s nice that a whole new audience will get to fall in love with Tony Leung, who  has all of the charisma. Just all of it. [Grade: B]