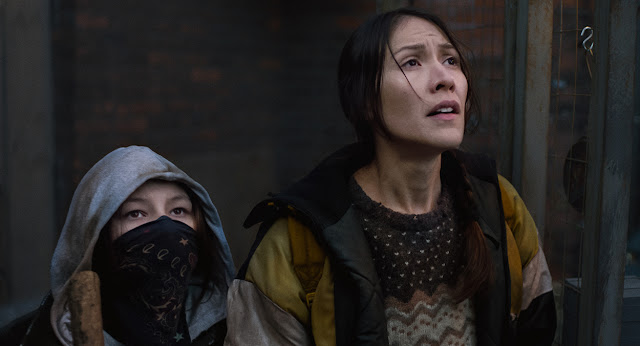 The near-ish future of Night Raiders, writer/director Danis Goulet’s debut feature, sets up a dystopian society where an oppressive government requires children under 18 be placed in the Academy, a kind of militarized boarding school that brainwashes and programs kids. Niska (Elle-Maija Tailfeathers, The Body Remembers When the World Broke Open) lives off the grid in the wilderness, sheltering her daughter, Waseese (Brooklyn Letexier-Hart), from such a fate. When Waseese is taken, Niska falls in with a group of Indigenous resistance fighters led by Ida (Gail Maurice, Trickster) and Leo (Alex Tarrant, NCIS: Hawaii) to liberate her and other children.

In many ways, Night Raiders paints a bleak portrait of a doomed future, full of drones, war, fascist police forces, and a tyrannical government. One that doesn’t seem far off from what many want. But at the same time, where it could easily bog down and wallow in hopelessness or despair at the insurmountable odds, it never does. There’s always a glimmer of hope and possibility, and a sense that, despite great hardship, defeat isn’t a foregone conclusion. 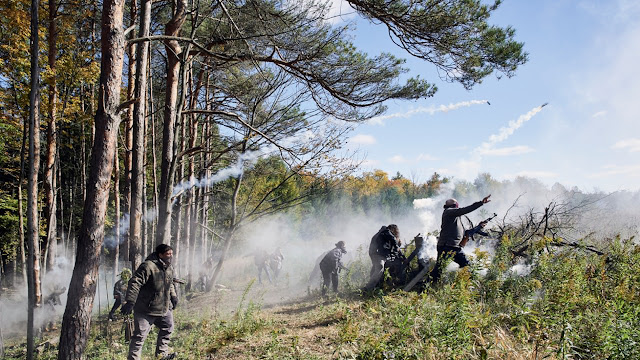 This is a not-unfamiliar dystopian set up filtered through an Indigenous, First Nations lens. It gives what could be stale a unique, not-often-seen-in-movies perspective. Spirituality and tradition weave through every action Ida’s group undertakes as they wait for a prophesized savior she foresaw in a vision. We’ve seen things like drones and faceless rigidly uniform soldiers in any number of cinematic visions of a desolate future—YA is particularly fond of these tropes lately—but Goulet’s rendering sets this apart and distinguishes it from others.

Niska is a fantastic character to follow through this world. It’s not as simple as black and white, good and bad. No, she doesn’t want Waseese to be taken to the Academy, but in a dire situation, where her daughter needs medicine not otherwise available, she has no choice but to let go. Things are grim on the outside; food is scarce, disease is rampant, and maybe Waseese truly will have a better life. Similarly, when she meets up with Ida and her compatriots, Niska doesn’t dive in headfirst, she remains skeptical and wary. Tailfeathers brings her to life in a grounded, earnest way. Quiet and observant, with little dialogue in long stretches, she portrays Niska’s guarded cynicism and distrust, as well as the internal conflict about what’s right for her daughter—is it better to be free and live on the precipice of disaster or to be alive and physically healthy. This forms the primary thematic core, with Niska as the conflicted, torn, uncertain embodiment. 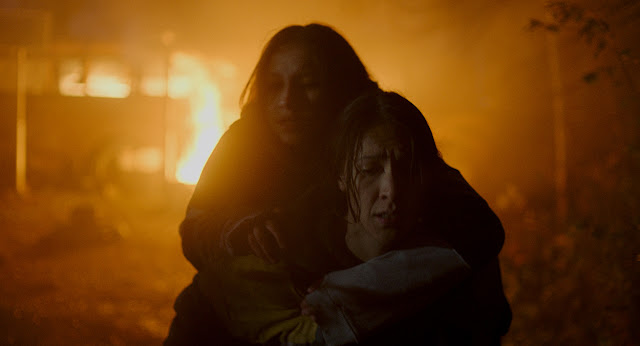 As the rebels endeavor to free the kids and face off with heavily armed enemies, Night Raiders creates scenes of great tension and action. And with Niska as the emotional anchor, scene to scene, it’s an energetic, propulsive watch. The main issue with the film, however, is that it tries to do too much in too little space.

At times, Night Raiders feels like three separate movies, like a trilogy stitched together into a single narrative. The first third revolves around Niska and Waseese surviving on their own. It ends with the daughter being taken. In the middle third, which picks up months later, Niska deals with that fallout of her decision and encounters Ida’s group. It largely ignores Waseese’s life inside, save a few brief glimpses that could be a whole movie unto itself. This section opens up the world more and paints a clearer picture of their reality. Finally, the story climaxes as they attempt to rescue the children and battle their oppressors. 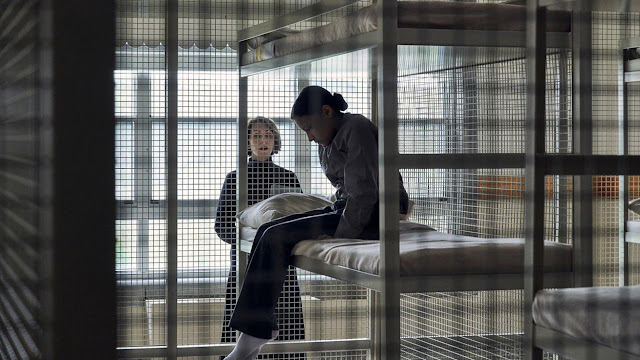 While there’s certainly a larger story, each of these sections plays like a distinct arc, more so than with even a normal three-act movie structure. It often rushes through, skimming over moments of emotional depth, conflict, and development. There’s so much going on, world-building wise, between Niska and Waseese, and with the insurgents, that much never gets fleshed-out and winds up glossed over. A prime example is the feelings of abandonment Waseese feels upon reuniting with her mother. Understandably hurt, she gets past it and moves on post-haste and it never fully resolves. Because of this, here and elsewhere, the film lacks some emotional weight and impact. Which is even more frustrating because it’s right there; you can almost touch it, but not quite. It’s also a testament to what the film builds: you want so much more and know it’s so damn close.

Still, despite flaws, Night Raiders offers up a compelling, dynamic story. It paints a somewhat familiar picture with unique, too-often-ignored colors, and avoids common pitfalls of the genre. The result is an unapologetically Indigenous spin on a dystopian narrative, anchored by a strong lead performance, and Danis Goulet announces herself as an exciting filmmaker with a great deal to say. [Grade: B]

Posted by Brent McKnight at 1:18 PM