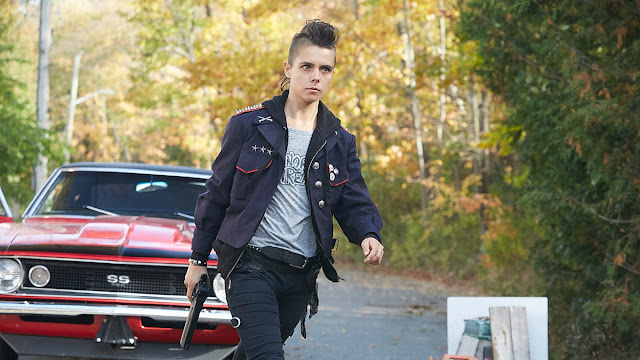 An alternate 1995 where a mysterious disease kills off all the adults and warring gangs of kids—the poor kids from the East Side of Potter’s Bluff and the preppy jocks from the West Side—battle for turf and survival. With that logline, it’s no wonder Jovanka Vuckovic’s Riot Girls made my top 50 most-anticipated movies of 2019 list.

With a killer soundtrack that includes L7, Reagan Youth, and 45 Grave, among many others, punk-as-fuck energy and edge permeate every frame. Playing something like a dystopian Outsiders, it’s a late-‘70s/early-‘80s gang war throwback that takes on class, gender, and puts an anarchic, queer-girl spin on the apocalypse, giving all the misfits and weirdos their chance to save the day. 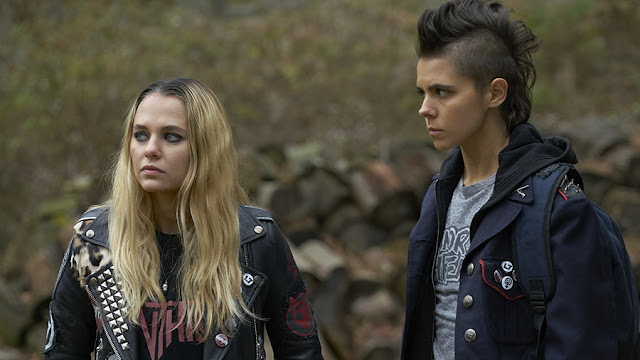 Riot Girls centers on Nat (Madison Iseman) and Scratch (Paloma Kwiatkowski). When the leader of their have-not, scrounge-to-survive East Side gang of punks and outsiders gets kidnapped, the duo embarks on a dangerous rescue mission into the heart of enemy territory. They journey through one perilous situation to the next, wearing a sneer and waving a middle finger the whole way, and their adventure might make a hell of a double feature with Turbo Kid or Hobo With a Shotgun.

All attitude and bravado, mohawked head held high, Scratch, impulsive and brash, essentially wants to march straight into the West Side and takeback what’s theirs. Nat, however, argues for a more practical, subtle approach, a stealth mission. It’s their chemistry and dynamic that drives everything in the movie—earnest friendship, uncertain burgeoning romance, the fact that, despite putting up a brave front, they’re still scared, traumatized, damaged kids. All the tension, pressure, and drama stems from their relationship and the fantastic performances by Kwiatkowski and Iseman. 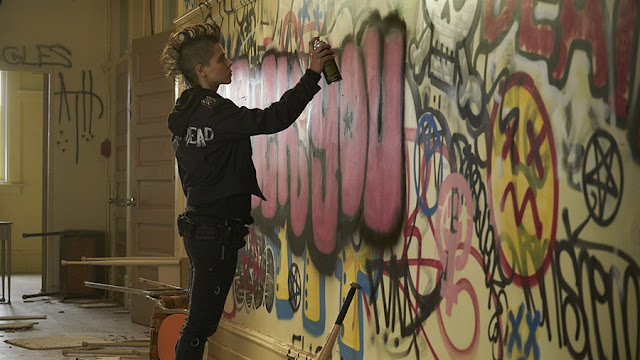 The world Vuckovik and writer Katherine Collins create has a heightened aesthetic, but also an authentic, lived-in feel they sell it in the details. Like before the plague, the East Siders live by their wits, flopping in an old warehouse, stealing and scavenging what they can, and finding strength in numbers. They fall back on what’s familiar to them. But they’re also bored kids who break shit for fun and scrawl expletive-soaked graffiti on every available surface.

On the other side of town, the rich kids fall into a more Lord of the Flies, power-to-the-strongest style. But they, too, lean on what they know. Jeremy (Munro Chambers), once the head jock, now leads his crew of agro, testosterone and puberty fueled adolescents. They live in their old school, still use detention as a punishment, and maintain the previous social hierarchy—cool kids at the top, oddballs and freaks at the bottom. They even call themselves the Titans after their old school mascot and wear letterman jackets like gang colors. The two sides represent fascism versus anarchy, rich versus poor, cool versus outcast. 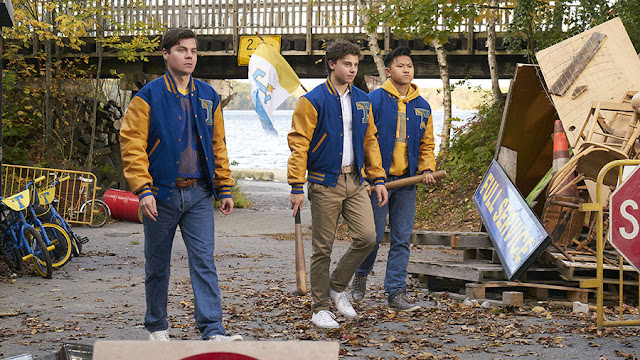 Stylistically, Riot Girls leans heavily on comic book aesthetics. Cut scenes include comic panels and transitions from one scene to the next often features borders and dialogue bubbles lifted from funny books. It calls to mind that special edition of The Warriors from 2005 that utilized similar animated flourishes. In fact, when Nat and Scratch are on the road, the whole thing watches a bit like a gender-bent spin on Walter Hill’s teen gang classic, and the two share some thematic crossover.

While it begins and ends with a frenetic pace and push, it can’t maintain the momentum throughout and the middle sags. As Nat and Scratch hide out and wait for their opportunity, the story shifts focus to underdeveloped side characters—the likes of Caine (Jenny Raven) a kind of slightly older mother figure to a gang of misfits who live in Titan territory, or Devon (Evan Marsh), a Titan with a sensitive side and a less draconian approach. These threads have the potential to be interesting, and their stories could as texture and depth to the world and explore some of the darkness and hazards of letting kids run the show. But presented as is, these, and other asides, feel half-drawn, like outlines never fully fleshed out. As a result, when the narrative moves away from the core duo, the pace and engagement drop off. 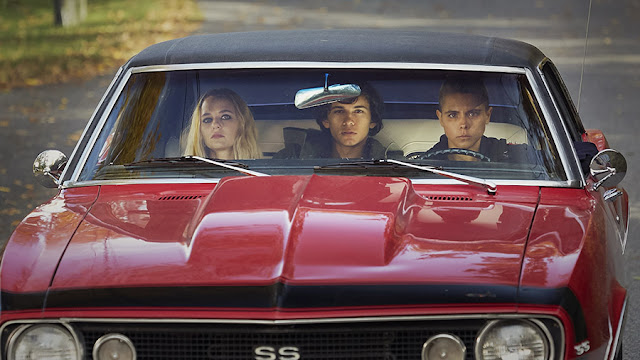 At 75-minutes, Riot Girls is a bit slight. Sometimes this minimalism works in its favor. We see hints and glimpses of the damage these kids have endured without having to skew into full on exploitation territory. It leaves it up to the viewer to imagine the wounds these kids carry without bogging down in exposition. At the same time, there are those elements that don’t have enough meat on the bone to be wholly satisfying or have much emotional impact.

Though Riot Girls leaves a lot on the table, it’s a stripped-down, up-tempo apocalyptic ride. Think the cinematic equivalent of a 90-second punk song; it gets in, goes fast, and whips up the crowd. Sure, there’s not much space for thematic nuance, intricate embellishments, and elaborate technical showiness, but that’s not the point. It could have done that if it wanted to, but that’s not what this is. Messy but urgent, this is all scrappy underdog attitude, righteous fury, and sharp explosion of pent up rage. [Grade: B]