The “one take” film, movies staged to look like they play out in a single, unbroken shot, have been used quite a bit as of late. There’s the upcoming thriller Boiling Point, Japanese horror One Cut of the Dead, and the highest profile recent uses, the Oscar-winning Birdman and 1917. Results can be mixed and the approach has limitations and pitfalls, but it’s an ambitious undertaking. The latest from director James Nunn (Eliminators), the unoriginally titled One Shot, uses this strategy to craft a strong gritty, low-budget DTV-style action film. And it’s hard to go wrong with a movie fronted by Scott Adkins.

One of the big benefits of the one-take approach, especially in action movies, is that you place the audience in the middle of it all. When it works, it’s an immersive, visceral experience. In One Shot, Nunn uses it in effective fashion, dropping the audience into a chaotic siege situation. It can be disorienting and not always easy to tell what’s going on, but that’s the point, to mimic the bedlam and disarray of combat. 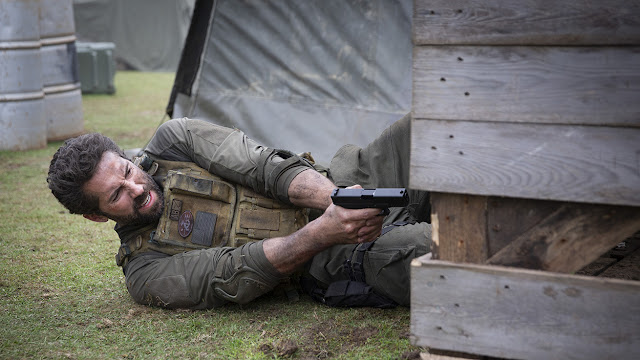 An elite team of Navy SEALs, led by Jake Harris (Adkins), transport a CIA analyst, Zoe Anderson (Ashley Greene Khoury), to a black site prison run by Jack Yorke (Ryan Phillippe), to retrieve detainee Amin Mansur (Waleed Elgadi), in order to stop an imminent, potentially 9/11-scale terrorist attack on U.S. soil. Shortly after arrival, and battling a ticking clock, a group of mercenaries trying to free Mansur lay siege to the remote island prison, and Harris and company find themselves in a fight for survival.

One Shot makes excellent use of the single take scheme. Not wasting much space, Nunn stages elaborate running gun battles. We trail the protagonists, unsure how many hostiles there are, what their goal is, or where they lurk, waiting to strike. This transmits the tension and pressure the characters feel to the audience, ratcheting up the anxiety and strain. And Nunn’s proclivity for military precision is on full display with Adkins and his team showing off authentic combat formations, movements, and maneuvers. Everyone with a boner for tactical action needs to give this a watch posthaste. 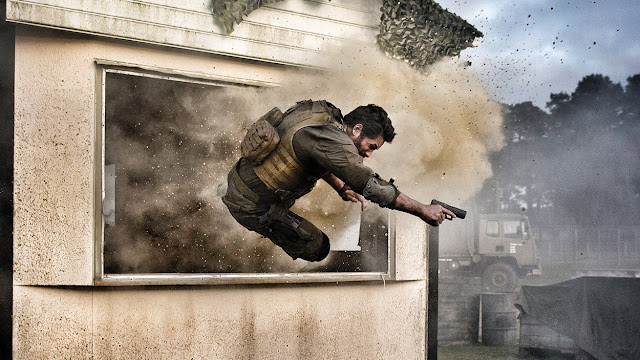 Nunn also takes full advantage of the time crunch. There’s little down time to dawdle, as not only are there heavily armed goons out for blood, but they can’t just hunker down, dig in and fight, or wait them out. There’s still a potential attack they have to prevent, which propels the plot, pace, and tempo ever forward.

One-take movies run into a few common problems, and as strong as it can be, One Shot is not always immune. There’s not a ton of fat here, the story is largely stripped-down and tight, but with this aesthetic, it’s difficult to trim anything, and a few moments to run on too long. Similarly, there are instances where you feel like you’re following characters long stretches, because often you are. In some instances, it helps up the apprehension and edginess, but others it’s like, great, another long hallway. 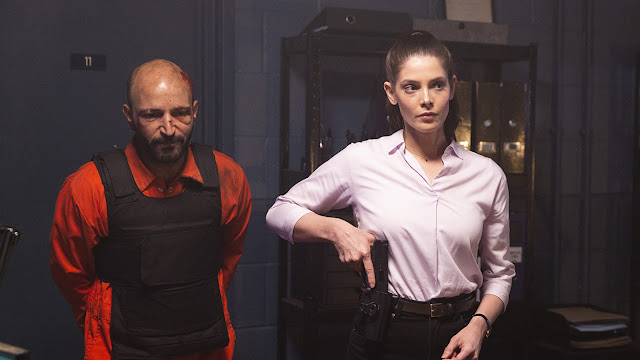 It also makes it difficult to develop characters. One Shot does a solid job fleshing out Harris and Anderson, and though they weave in nice beats of comradery among the SEALs, along with a few forced-in personal details, most everyone else play flat. Though third credited, Phillippe is barely present in the movie; he has one short scene before the 40-minute mark and serves little purpose beyond being a mouthpiece. Elgadi does a decent job generating doubt about Mansur, both in the characters and for viewers. Is he really a terrorist? Is this all a horrible case of mistaken identity gone wrong? This forms a key part of the conflict and he sells it. Greene also turns in a sturdy performance, driven and vulnerable, dedicated but open to new information. And the script puts a fun tweak on one specific groan-worthy trope in movies like this.

Adkins, as one might expect, is the real star of One Shot. One of the preeminent global action stars, he, of course, has a substantial grasp on the requirements in that realm, and delivers exactly what fans hope for. His combat strategy and tactics are on point, and a few one-take hand-to-hand fights provide all the necessary ass kicking—in one sequence he just knifes absolutely everyone and it’s glorious. 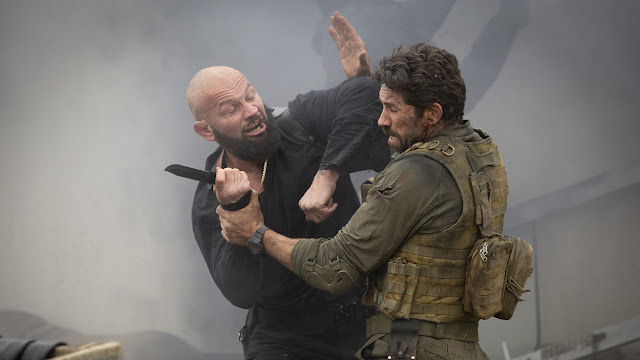 He also shines beyond the action. Let’s be real, he can play a grizzled, beard-wearing badass blindfolded and asleep, but there’s more to Harris. We don’t know much about him, detail wise—family, background, all that—but the script lets us learn about him through his actions. We see what kind of man he is, his loyalty to his men, how he’s torn between sworn duty, truth, and what’s right. By the end, he shows the cumulative effects of his ordeal; he’s tired, beaten, exhausted, and desperate. That’s in Jamie Russell’s script and Nunn’s direction, but Adkins gives Harris nuance, layers, and humanity beyond what could have easily been a stock highly lethal operator. It’s always fun to watch Adkins push himself as an actor, and this ranks among his best outings, up there with Avengement.

One Shot wants to have something to say, about radicalization, martyrdom, torture and illegal imprisonment, fanaticism, and how maybe any extreme aren’t great, though the point comes out garbled and unclear. Yorke’s a single-minded, laser-focused racist who spends most of his four scenes yelling how all Muslims are evil. (His wife, of course, died in 9/11). On the other end, Mansur’s son died in a mistaken U.S. drone strike on civilians. And Anderson is supposed to be somewhere in the middle, described as a “bleeding heart,” though not because she thinks torturing detainees or imprisoning people outside of due process is bad, but because evidence discredits the veracity and effectiveness of such tactics. It’s…muddy to say the least, and also where the movie has the most significant stumbles, essentially hitting pause on the action to espouse these contrasting stances. 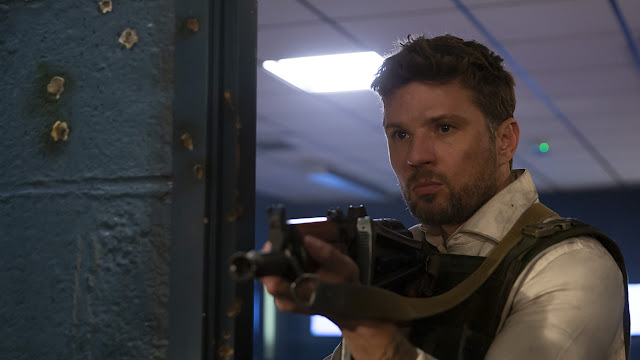 I’m in the bag for any Scott Adkins movie regardless. (Though as much as I adore the man, we can be honest, this is a safe space, they do range from the excellent to the less-than-excellent.) And when he works with James Nunn, all the better. (Their team-ups rank with his films with Jesse V. Johnson and Isaac Florentine IMO.) Full of elaborate tactical staging and choreography executed by top-tier action performers, and mostly pulling off the single-take approach, One Shot is an impressive technical feat and one of the best action movies of the year. [Grade: A-]