Fantasia 2019: 'J.R. "Bob" Dobbs And The Church Of The SubGenius' Movie Review 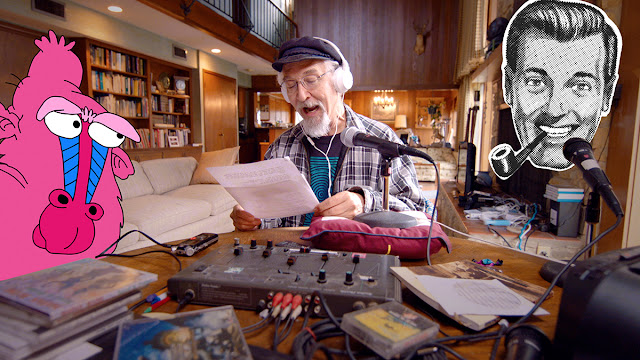 When I was in high school, a friend sent away a dollar—this is back when mail order was a thing—and received a packet of stickers featuring the clip-art face of a grinning, 1950s-ideal-of-white-suburbabn-American-man clutching a pipe between two rows of perfect teeth. Along with the stickers were various pamphlets and leaflets extolling the virtues of a wingnut religion that, at least at first glance, appeared to be an elaborate joke. This WTF literature was my first introduction to The Church of the SubGenius. To this day, I’m still not entirely certain of the veracity of this particular religious sect, but now, thanks to Sandy K. Boone’s documentary J.R. “Bob” Dobbs and the Church of the SubGenius, we can all bask in the underground strangeness.

How to describe the Church of the SubGenius? Think trolls and viral phenomena before the advent of the internet. Think an absurdist reaction to the creeping conservatism and squareness of the late 1970s and early ‘80s by people who felt the echoes of the ‘60s, but who missed the party. At its core, this was an in-joke between a couple of friends desperate for a way to push back against the soul-crushing mediocracy of normalcy and the everyday life society pushes us all towards. A reactionary in-joke that, somehow, some way, resonated with people across the country and world and became a kind of pseudo cult. 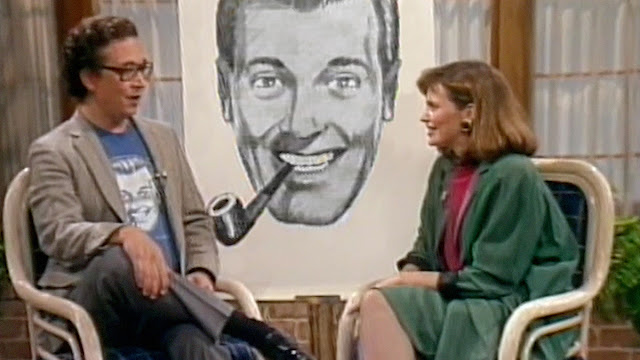 Boone’s documentary tracks the Church, from its humble origins, booming mail order business of pamphlets and propaganda, through ups and downs and its subversive mishmash of ideas—aliens, “The Conspiracy,” a soft-date end-of-days, and made up messiah, all in the ultimate quest for “Slack.” Her cameras capture candid interviews with founder Ivan Stang and Philo Drummond, as well as other key players, and notable enthusiasts like Nick Offerman, Penn Gillette, and Richard Linklater. It explores the beginnings, evolution, and broader cultural influence.

SubGenius calls to mind documentaries like Shut Up Little Man!, Pigeon Kings, and Calling All Earthlings, films that examine fringe elements and outsiders. The kind of subsets of society that are vibrant and thriving while existing almost completely underground and beyond the sight of mainstream society. Things that happen, catch fire, and become a movement, even a small one, all completely by accident and happenstance. No one could see this coming and you couldn’t recreate if you tried. 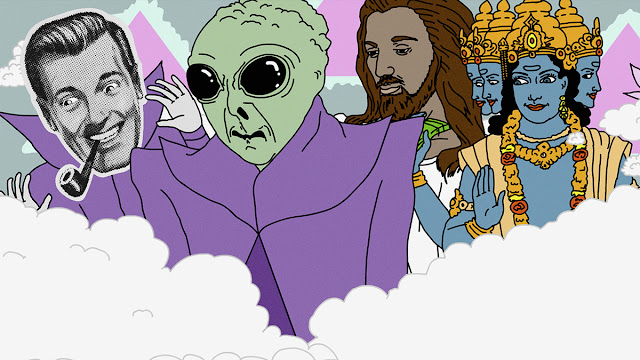 As usual with tales of this ilk, some people take it too far. A may pole for misfits and weirdos—or as one church elder calls it, “a group for people who can’t join groups”—fanatics latch on and take it all to heart, earnest and devout and missing the point. But at its core, the Church is, like so many others, about people finding something to believe in and a place to belong, and it fills that void for a peculiar few.

At times, the players come across overly self-aggrandizing, with an inflated sense of influence. This is a mock religion largely founded by bored middle class white people from the suburbs with no significant problems aside from being kind of bored with it all. And for a sect with an official party line of not being any better than anyone else, of being sub-genius, there’s an inescapable air of self-importance and condescension as they look down at the normals. 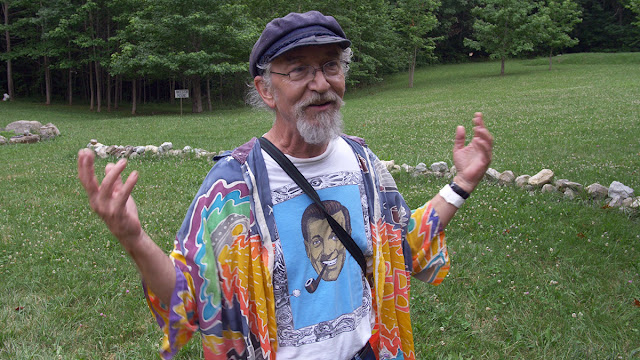 Whatever you make of the people involved, J.R. “Bob” Dobbs and the Church of the SubGenius is a wild-ass ride, an engrossing look at a fascinating sliver of off-the-wall Americana, a minor religious movement that just sort of happened while two friends were fucking around. And it seems entirely apropos to explore this particular singularity as we live in a world where facts don’t matter, flat earthers run wild, and anti-vaxers show up en masse at comic book conventions. The Church of the SubGenius is somehow both a product of an absurd world and maybe the religion it richly deserves.