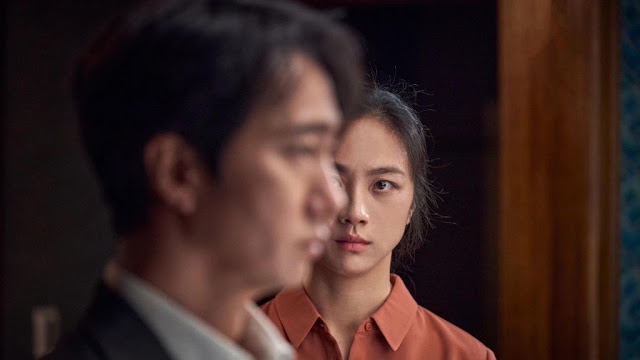 UPDATE: We've now added a full trailer for Decision to Leave as well as two additional clips. Find them down below.
ORIGINAL POST: In this house we celebrate Park Chan-wook. The South Korean director has helmed a ton of masterpieces and films that rank among our all-time favorites. (Oldboy, The Handmaiden, Stoker, to name a few.) So, of course, we’re excited anytime he has a new movie coming out. His next, Decision to Leave,  premieres at Cannes this month and there’s a brief, esoteric trailer to get us pumped up.Don’t expect to learn a lot from this (very) short Decision to Leave trailer. Or anything if we’re being honest. There’s not even any dialogue, just a mood and vibe and plenty of pretty visuals. But that’s definitely enough to pique our interest even more than it already was. (There’s a damn good reason this landed on our most-anticipated movies of 2022 list.)

The plot of Park’s latest reportedly follows a detective (Park Hae-il, The Host, Memories of Murder) sent into the mountains to investigate the death of a man who falls from a high peak. Just a guess here, but it probably wasn’t accidental and there’s more to the story, especially because the dead man also has a “mysterious” wife played by Tang Wei of Blackhat and Lust, Caution.

Sure, that’s not much information, but from this quick peek and Park’s well-established track record in these matters, that sounds like a solid premise to us.

This marks Park’s fourth Cannes debut. Oldboy, Thirst, and The Handmaiden all premiered at the French festival. Streaming service MUBI recently acquired the rights to distribute Decision to Leave in North America. They plan to give the film a theatrical run at an as-yet-undisclosed time this fall before adding it to their catalog. If we had to bet, we’d also put money on this hitting some of the prestige fall film festivals and getting a strong end-of-year push come award season.