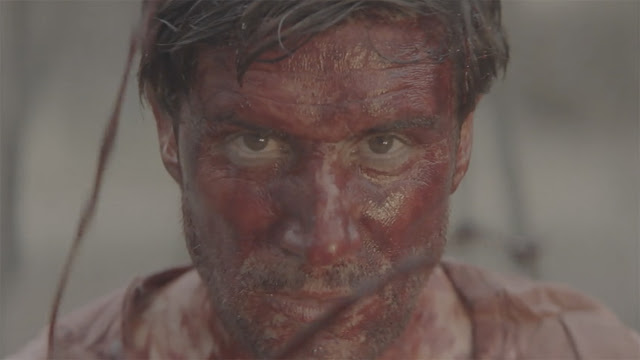 You have to love a good rock and roll vanity project. Usually in these situations, a single band or musician is the driving force, but in the case of The Retaliators, it’s financed by a record-label-turned-film-producers and serving largely as a vehicle for their roster of recording artists. The movie is, as one might expect, kind of a mess, but also kind of fun sometimes. But despite all the chaos and pitfalls and head-scratching moments, this is still pretty damn fun to watch and builds to an unhinged, gore-soaked climax that’s worth the wait.

With three credited directors, it’s jumbled and unfocused. For a lot of the run time it never settles on what it wants to be—the plot veers from a heavy meditation on grief and the nature of evil, to a biker movie, to zombie-adjacent horror, to revenge thriller, among other detours. You get the impression there was never a single vision shared by the filmmakers. The Retaliators is also very much a case where the people involved clearly watch a lot of horror movies, and clearly love the genre, but don’t have the best grasp on elements that make a compelling movie. Like storytelling, character development, pacing, and the usual cinematic building blocks. The enthusiasm is readily apparent, but a great movie passion does not always make. 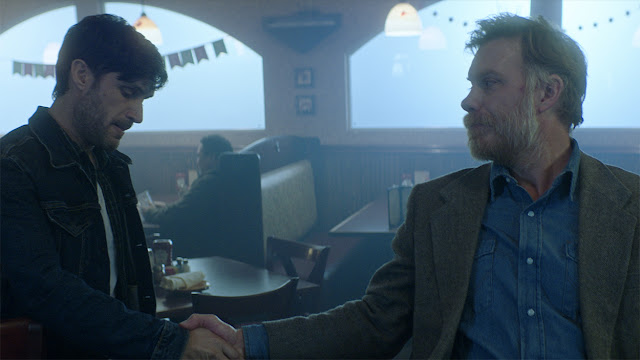 The core plot is relatively simple: A pastor named Bishop (Michael Lombardi), already grieving the loss of his wife, loses his teenage daughter Sarah (Katie Kelly). A cop, Jed (Marc Menchaca), gives Bishop the chance to spend a minute alone with the man responsible for Sarah’s death. The film proposes to plumb the depths of the human soul, of vengeance, of faith and healing and a bunch of other stuff. It doesn’t, only dealing with all of that in shallow, slipshod fashion.

From that premise, the script takes a kitchen-sink-et-al approach, cramming in everything you can think of. Jed is haunted by his own past with a rapist and murderer played hilariously by Papa Roach frontman Jacoby Shaddix—it’s so deep there’s a flashback and then a flashback within that flashback. We get a barely touched-on feud between rival biker gangs, one played primarily by  members of the band Five Finger Death Punch, posturing and trying to look tough. The screen overflows with cameos by musicians of various renown, and you get the impression the filmmakers were dead set on including every last idea they had. (Which is understandable, who knows when you’re going to get another opportunity to make a movie? You have to take advantage while you can. Still…) 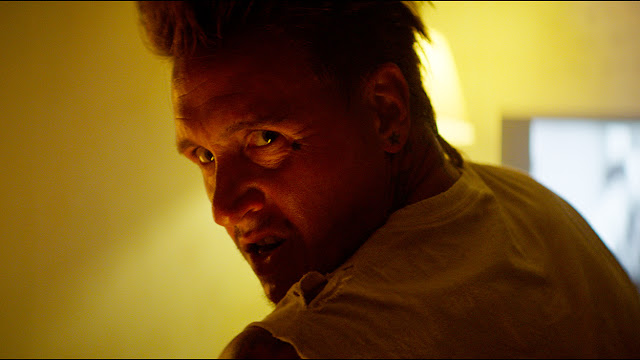 Despite all the surrounding nonsense, and The Retaliators is chock-full of nonsense, it’s never dull. Over-serious to the point of hilarity? Yes. Practically dripping with fake blood? Absolutely. Lacking a clear protagonist, narrative cohesion, and coherent themes? What are those? But bloody and absurd, and zealous about both of those things, there’s also something about it that’s consistently entertaining. Gather your friends, heartily ingest your intoxicant of choice, and strap in for a gooey ride and soundtrack fraught with yarly dude-rock. (For a minute there, I thought movie had the gall to introduce a woodchipper but not use the damn thing. But don’t worry, it does. Crisis averted.) And it ends with a song about the events of the movie, so, chef’s kiss.) [Grade: C]