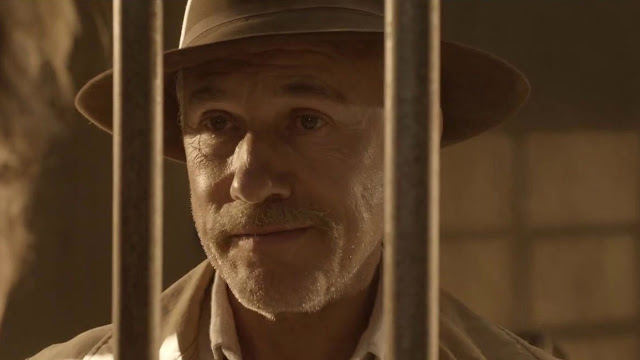 In the opening scene of Walter Hill’s new western, Dead for a Dollar, bounty hunter Max Borlund (Christoph Waltz) visits outlaw Joe Cribbens (Willem Dafoe) as he’s about to get out of jail, where Borlund put him. This sets the stage for a tale of hard, violent men on an inevitable collision course. And at no subsequent point does the film live up to the potential of this first moment.

Hill and co-writer Matt Harris try to update paint-by-numbers western tropes and traditions with modern sensibilities. The plot revolves around a jealous, abusive man, Martin Kidd (Hamish Linklater), who hires Borlund to retrieve his wife, Rachel Pierce (Rachel Brosnahan), who he claims she has been kidnapped by a Black army deserter, Elijah Jones (Brandon Scott), though she’s there very much of her own accord. Unfortunately, the result is a plodding, ham-fisted thud of a genre picture. So literal-minded that it eschews any subtlety or subtext, characters simply blurt exactly what they feel and think; nothing in Dead for a Dollar exists below the surface, everything is right there to behold. 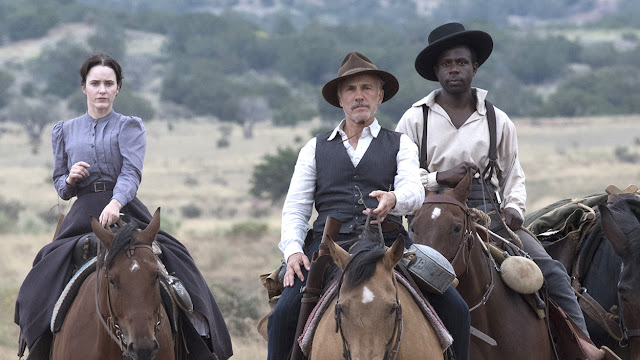 Dafoe clearly enjoys himself, relishing in his wild-eyed gunslinger and on the verge of breaking into a maniacal giggle at any moment. While Cribbens purports to have a vendetta, though he appears to give it no consideration. Instead, happenstance and coincidence put him at odds with his old nemesis, working at the behest  of a Mexican land baron (Benjamin Bratt) instead of by any conscious, active choice on his part. In fact, most of his scenes are just farting around on the periphery of the main saga.

Dafoe stands out even more because the rest of the stacked cast is absolutely flat. People react to Borland as if he carries some quiet menace. That’s what people say, anyway. As portrayed he most certainly does not, coming across more disinterested than intimidating. Brosnahan is supposed to stand as this strong, tough, principled woman, but the result on-screen is so wooden she has zero personality or emotion beyond that. Rachel describes her husband as this monster who tormented her, and Linklater always seems like he’s about to play Kidd as such, but the film continually reels him in. While he’s said to be this vicious schemer, all that’s shown is a lukewarm archetype of a bad husband. 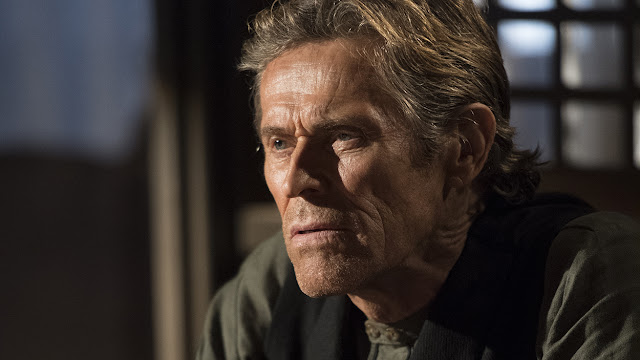 This lack of texture endemic in the characters extends far beyond that, to the very mechanics of the film itself. Everything is super clean and tidy, despite characters regularly opining how filthy and rugged the surroundings are. Filmed with a ubiquitous sepia tone, the color scheme calls to mind an Instagram filter rather than a frontier town.

Staged and framed confidently enough, Dead for a Dollar has all the depth and nuance of a made-for-cable holiday movie, only with sporadic bouts of toothless violence and even less personality. Walter Hill is a legend for good reason, but this lurks in the depths of his filmography. I’ve never been so disappointed in a movie with a whip fight in my life. [Grade: D]