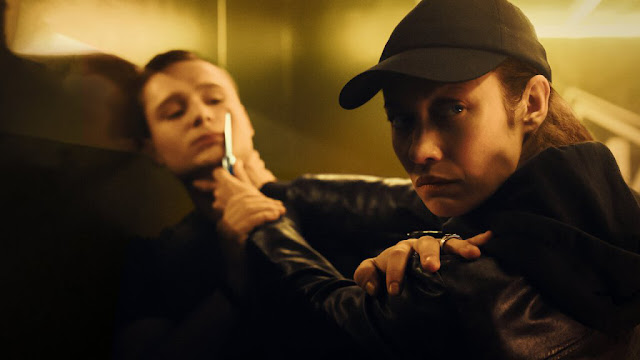 Mainstream American cinema, and by that I mean Hollywood, has largely abandoned the gritty, workmanlike mid-tier R-rated action films that had their heyday in the 1980s. It still exists, plenty of it, but it has primarily been relegated to the DTV market and indie productions. However, in Europe, especially France and Spain is seems, the genre is alive and kicking. There are a crap ton of recent additions on Netflix, and that includes Julien Leclercq’s latest revenge-tinged action thriller, Sentinelle.

Sentinelle fits nicely into the genre niche Leclercq (The Bouncer, The Crew, Earth and Blood) has carved out for himself. Stripped-down, tense, character-forward action fronted by a grim, stoic protagonist of few words who doesn’t like what they have to do, but does it because it needs doing or there’s no other option. This doesn’t quite hit the climactic highs of some of his other films—it almost gets there, but while there are fantastic fights along the way, it never fully reaches the level of violence it aims for at its apex. 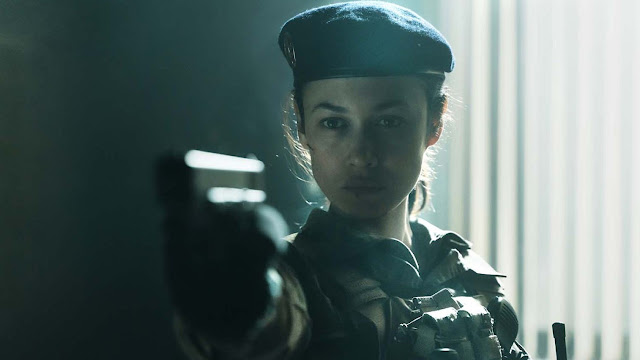 What we have is a familiar set up. Klara (Olga Kurylenko), a highly trained soldier, returns home to Paris after a traumatic event in the field. When she arrives, haunted by her experience, she finds that things are bad all over. A night out goes wrong and her sister, Tania (Marilyn Lima), winds up raped, beaten, and left for dead by a rich, connected, protected man. Klara, with no legal recourse, dons a hoody and a baseball hat, pulls her hair into a ponytail, and goes a-vengeance-ing.

At 80 minutes, including credits and very gratuitous sex scene, this is lean and spare, without much fat or wasted time. But at the same time, it never feels too slight, especially when it comes to developing Klara. Skilled and experienced, but with lingering PTSD and a burgeoning pain-killer addiction, she’s unsure of herself, unsure of how to react back in the world. Once part of an in-the-shit military unit, she has trouble adjusting to life as part of an anti-terrorist patrol in a major city that doesn’t have much to do. Along with the mental scars, she’s used to being in combat—a backpack left unattended on a bench has drastically different implications in a war zone versus an idyllic seaside park. 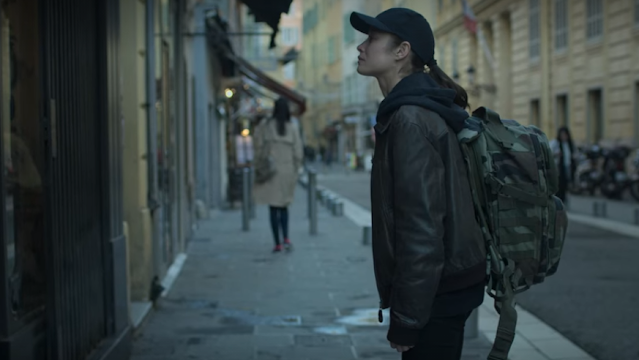 Kurylenko turns in a strong performance. Klara doesn’t have much dialogue in the script from Leclercq and Matthieu Serveau (Earth and Blood), but it’s always clear what she’s thinking and how she feels. Out of place and coming apart at the seams, we see her nerves fray and her grip slipping through her fingers. The situation with her sister—an ineffective police force with their hands tied; the he-said, she-said frustrations with prosecuting sexual assault; a system designed to shield men from consequence—almost saves her in a way. It gives her something on which to focus and fixate as she puts her skillset to use in a new arena.

And in this arena, too, Kurylenko comports herself with suitable badass aplomb. Leclercq and veteran stunt performer/coordinator Jerome Gaspard (Lucy, District B13, and countless others) stage brutal, grounded fight sequences, including one especially fun bathroom brawl—I’m a sucker for using man’s face to smash a urinal. And Kurylenko more than pulls it off. Pummeling and being pummeled, this is raw and every blow looks like it hurts. I know she’s been in big action movies before, but if Olga Kurylenko wants to keep throwing elbows down here in the muck, I’m here for all of it. 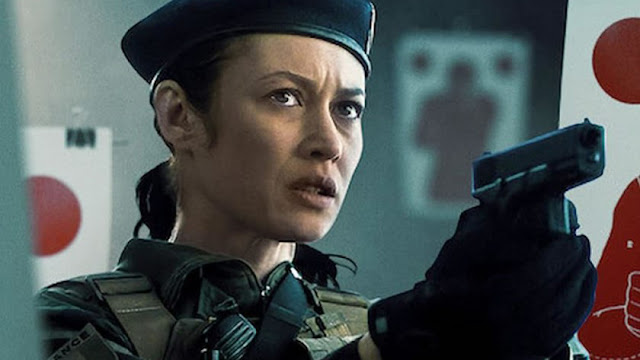 Sentinelle delivers exactly what I wanted from this type of movie. Quick, to the point, and violent, it gets in, cracks skulls, and gets out. With a compelling, layered protagonist and badass turn from Olga Kurylenko, this more than scratches a particular action itch. [Grade: B]