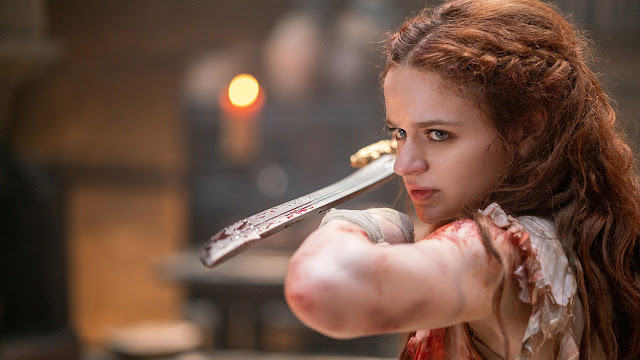 It’s entirely understandable if you don’t automatically assume a movie about a teenage member of a royal family titled The Princess, released by a Disney property, features a lot of head-stabbing. However, in the case of the latest from director Kiet Le-Van (Furie), a movie coincidentally named The Princess newly available on Mouse-House-subsidiary Hulu, if you make this assumption, you’d be quite mistaken. There is, in fact, a fair amount of head-stabbing, eye-gouging, and general death and violence. What we get on screen can best be described as Rapunzel by way of The Raid. Or to be more accurate, a kind of reverse Raid. (The protagonist must battle her way out of a tall building.) And it’s damn fun.

Forced to marry the conniving Julius (Dominic Cooper, Preacher), a would-be usurper to her father’s throne, and imprisoned in a fortified tower, the strong-willed, take-no-shit Princess (Joey King, White House Down), must fight her way out of the castle. In reality, that’s it, that’s the movie. Julius is joined by his wicked, whip-wielding right hand, Moira, played by Olga Kurylenko (Sentinelle), who absolutely chews on her vicious baddie character. On the other hand, Princess’ efforts are aided by her friend, mentor, and fighting coach Linh, played by Veronica Ngo, once again proving herself to be a formidable cinematic badass. But that’s pretty much all there is to this plot wise. 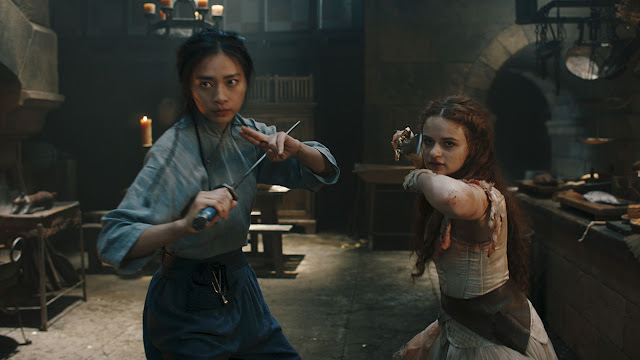 The Princess knows what it is and what it does best and sells out on that front 100%. When it pauses for a breather, it’s silly and goofy and strikes an unapologetic girlpower pose. (So, so many butt-hurt dudes on the internet complaining about the trailer and seeing a woman have fun on a movie screen.) But fortunately, Kiet doesn’t ever take his foot off the gas for long. The film comes out swinging, literally and figuratively—as it opens, Princess wakes up and fights a handful of goons, a tussle that includes the swinging of a big-ass battle-hammer.

And if you’re going to base your movie on action, it better be fantastic, and The Princess delivers the goods. Working with a top-tier stunt team, including Furie fight choreographer Kefi Abrikh, and cinematographer Lorenzo Senatore (Outpost, London Has Fallen), Kiet stages and shoots the hell out of some throwdowns. What we get are some of the best, most coherent, well-executed fights of the year thus far. Perhaps most importantly, they look like they hurt. The film makes solid use of it’s R-rating—though not super bloody, it certainly doesn’t shy away from spatter—and the damage is cumulative. By the time Princess gets to the end, she’s had the crap kicked out of her and acts like it. 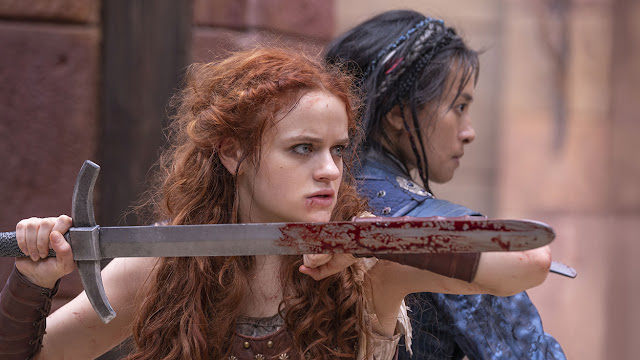 Ngo and Kurylenko have extended histories of kicking a bunch of ass in movies, which they both do with excellent aplomb here. But you also must hand it to King for just freaking going for it. Her stunt doubles, Jade-Eleena Dregorius (The Matrix Resurrections, F9) and Dessy Slavova (Till Death), obviously deserve a great deal of the credit, but there are plenty of times where it’s clearly her in there mixing it up and she more than holds her own. Princess is clever and capable, but King also plays her as borderline-feral at times, frustrated and threatened and hurt and all she can do is snarl and lash out, all of which adds texture to the character.

The Princess probably isn’t destined to light the world on fire. It’s a bit slight and absurd, and there’s a running fat joke that wildly out of place, but it never takes itself too seriously. It’s out to have a good time and it does. Kiet Le-Van anchors the escapist fun with visceral violence, using the framework as a delivery system for leg-breaking, face-pummeling, whip-cracking, and assorted other goodies. Action fans should give this a chance and it’s easily worth the 90-minute investment. [Grade: B]