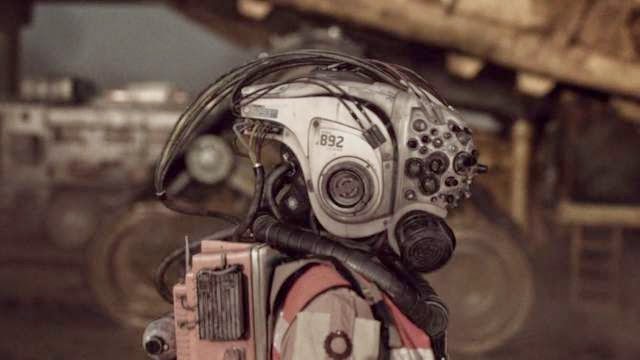 It’s a good time to have a kickass sci-fi short making the rounds, as two of the coolest proof-of-concept genre offerings, Leviathan and Sundays, are moving forward with feature length versions a major studios. And more fantastic sci-fi is one of our favorite things in the world.

The other day we wrote about how Simon Kinberg (X-Men) and Neill Blomkamp (District 9) climbed aboard Ruairi Robinson’s Leviathan, which prominently features angry flying space whales. Now Variety reports that Fox bought their pitch and the script for the film, written by Fight Club’s Jim Uhls.

By the early 22nd century mankind had colonized many worlds. Faster than light travel was made possible by harvesting exotic matter from the eggs of the largest species mankind has ever seen. Those that take part in the hunt are mostly involuntary labor.

Check out the trailer below.

Sundays is a bit more extensive than Leviathan, clocking in at more than 14-minutes and does a bunch of world building and things like that. According to Deadline, Warner Bros. has picked it up with the idea being to turn it into a full movie eventually. Another FX heavy short that aims to be much bigger than its relatively modest confines, it was funded via a Kickstarter nearly three years ago, so they obviously put a lot of time and work into this.

Set in Mexico City sometime in the future and starring US actor Brian Petsos and Mexican actress Sofia Sisniega, SUNDAYS is an ambitious philosophical science-fiction proof-of-concept short. The end of the world seems like a nightmare to Ben. A memory of a past life that doesn’t belong to him. When Ben starts to remember Isabelle, the only love he’s ever known, he realises she’s missing in his life. An existential descent into confusion and the desperate need to find out the truth begins. This reality depicts a stunning, surprising and dark world. A world that is clearly not his.

Sundays is definitely big and ambitious and pretty to look at, and while you can point out obvious influences and inspirations and director Mischa Rozema’s technical competence, the characters leave much to be desired. But that’s what outside writers are for. And who knows if the studio actually wants to expand on this idea anyway, or if they’re just scouting for new talent for the grinder? Check it out below.

Posted by Brent McKnight at 9:28 AM