This Brutal 'Revenge' Trailer Certainly Lives Up To Its Name 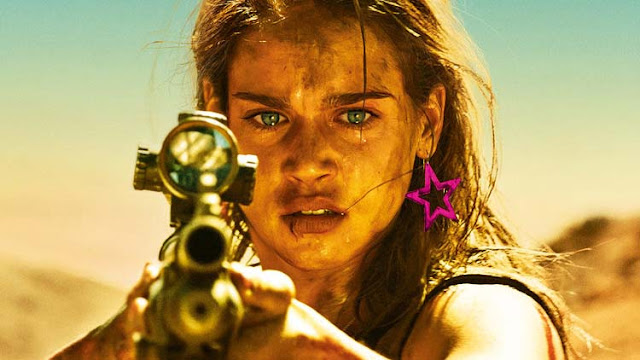 If you straight up name your movie Revenge, you immediately set certain expectations. And hot damn, the trailer for Coralie Fargeat’s movie that bears that name is a nasty piece of work. I’ve heard tons of very high praise for the film, and am definitely amped to see this, but I can already tell it’s going to be a rough watch.

First of all, Revenge is a French rape-revenge movie, so we already know not to expect sunshine and roses. It played at the Toronto International Film Festival and Fantastic Fest last year, and from most accounts, it’s not just an exploitation film, but takes care to subvert the genre clichés in clever ways and offers more than sheer brutality. Though it also sounds like there’s no shortage of mean spirited viciousness.

Revenge also looks to have a distinct visual style. Even if the action on screen is ugly and brutish, it’ll be pretty to look at.

Here’s a synopsis that basically reconfirms everything the trailer shows:

Jen joins her married lover, Richard, for a romp at his secluded desert villa before his annual hunting vacation. However, when his leering pals arrive, they’re a far cry from Richard’s millionaire-Adonis charms, and they feel entitled to make their own advances on Jen and ignore her rejections. After being violently assaulted and left for dead in the middle of the desert, Jen comes back to life, and the men's hunting game is transformed into a ruthless manhunt.

Revenge stars Matilda Lutz (Rings), Kevin Janssens, Vincent Colombe, Guillaum Bouchede, and Jean-Louis Tribes. Shudder picked up the distribution rights along the way, and it will hit the streaming service at some point. I’ve seen February 7 kicked around as a release date in a few places, but I’m not entirely sure if that’s France only or across the board. Rest assured, dear readers, I’ve definitely got my eye on this one. It is also playing at Sundance, so that's something. 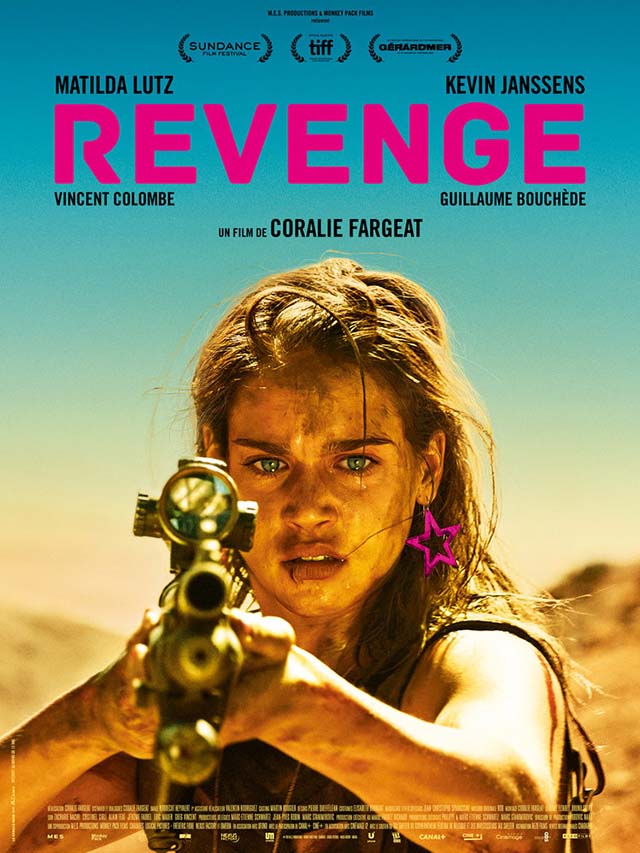