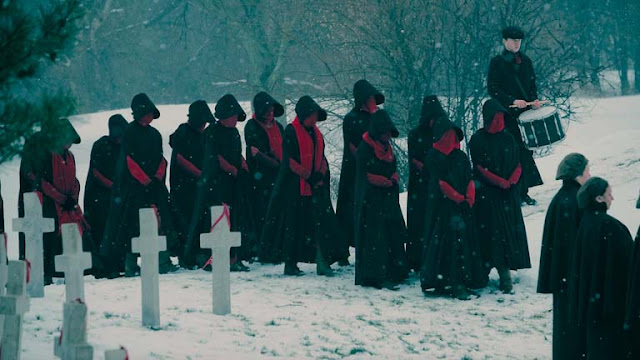 The first season of Hulu’s The Handmaid’sTale was not only grim and timely and captured the attention of audiences and end-of-year awards voters for those very reasons, it also encapsulated the entire narrative from Margaret Atwood’s 1985 dystopian novel. Basically, the young series is in uncharted water from here on out. Where season 2 goes remains to be seen, but we have our first look at the upcoming episodes in this new trailer.

If you hoped things were going to get better for Offred and company in season 2 of The Handmaid’s Tale, this trailer serves as a reminder that this ain’t that kind of dystopia. You know, the happy, rosy, everybody hugs dystopias. But it does appear we’ll be in for new, unfamiliar bouts of hardship and despair that hits a little too close to home. So, yay?

The first run of The Handmaid’s Tale drew obvious parallels to the current political, cultural, and social state of the union—Atwood’s novel is uncomfortably prescient, and she’s always claimed it’s not science fiction but the obvious outcome of what she saw happening in the world around her, and that was the 1980s. From what we see in this trailer, season 2 may be even more on the nose. That Resist sign especially. But perhaps there’s also a shred of hope, again, that Resist sign, and Offred (ElisabethMoss) setting fires is always promising. 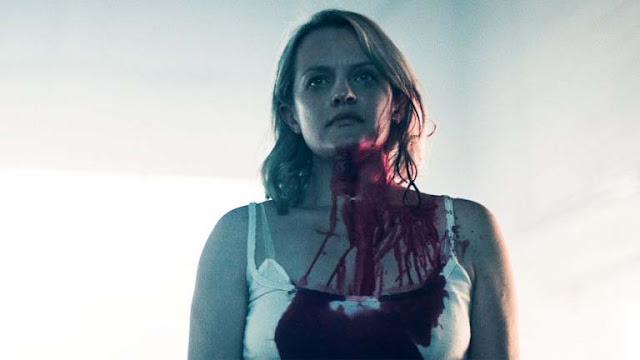 Season 1 ends with Offred pregnant and out of the house, the handmaids feeling a bit of solidarity and power for once, and Moira finally making it to Canada where she reunites with Luke. The synopsis for season 2 doesn’t shed much light on what comes next, but it sounds more or less like what’s expected:

The 13-episode second season will be shaped by Offred’s pregnancy and her ongoing fight to free her future child from the dystopian horrors of Gilead. “Gilead is within you” is a favorite saying of Aunt Lydia. In Season 2, Offred and all characters will fight against – or succumb to – this dark truth.

The new episodes will reportedly open up the world quite a bit. With Offred’s limited perspective in the novel, we only get oblique hints and glimpses about what’s going on outside of her constrained point of view. Now we expect to get glimpses of the colonies, probably more backstory on how Gilead came to be, and other elements that the novel and first season only touched on briefly. 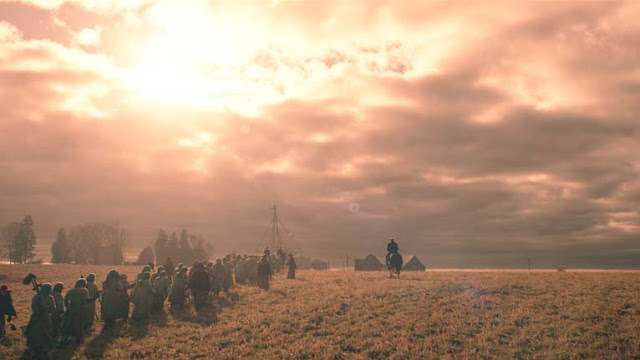 The Handmaid’s Tale won two Golden Globes recently, one for Best Television Series and one for Best Actress for Moss (it already had Emmy gold in the trophy case). This quick look shows off many of the markers we experienced the first time around. It’s big and cinematic, full of striking imagery (that hammer dragging shot, or the handmaids looming over a bunch of dudes in suits), and captures a familiar mood and aesthetic.

The Handmaid’s Tale season 2 debuts on Hulu April 25.
Posted by Brent McKnight at 8:23 AM