'Beats Of Rage' Trailer: This 'FP' Sequel Is Full Of Post-Apocalyptic Dance Battles 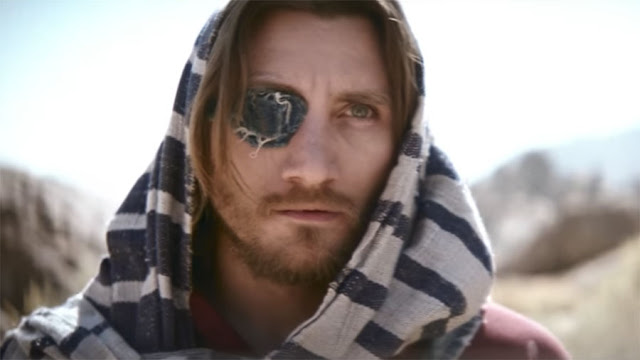 Oh, sweet Baby Jesus, today is a good day! If you’re not familiar with The FP, you really should rectify that situation. When I reviewed it in 2012, I said it was “like watching the hyper-active, sugar-fueled bastard child of The Warriors, Japanese pop culture, and a hillbilly bounce all over the screen.” And I stand by that. I’ve been tracking the sequel, Beats of Rage for some time, and now it’s reportedly in the can, set to make a film festival debut this fall, and mastermind Jason Trost just dropped this new trailer and we gotta Beat-Beat this out.

The first film, about a world where gangs settle beef with the ultimate contest, a Dance Dance Revolution-style dance game, has a dystopian flair, but this Beats of Rage trailer paints a full-on post-apocalyptic picture.

JTRO’s back, with his loyal sidekick KCDC, and this time the fate of the world hangs in the balance as they test their Beat-Beat Revelation skills in no-hold-barred dance battles. Here’s the actual synopsis:

Despite hanging up his boots following the events of The FP, JTRO must return to the blood sport of Beat-Beat Revelation one last time. JTRO and KCDC – his mystical hype man – will quest deep into The Wastes, a land decimated by the Beat Wars, to compete in the ancient Beat-Beat tournament, “Beats of Rage,” face AK-47 – and, hopefully, save their world.

Last we heard, Beats of Rage will debut at “a major U.S. genre festival” in October, though there’s still no word on which one. Telluride Horror Show and the Brooklyn Horror Film Festival are possibilities, but my money is still on Screamfest in L.A., but what the hell do I know?
And in reality, it doesn’t much matter to me where Beats of Rage debuts since I more than likely won’t be in attendance wherever it goes down. But this trailer indicates a Christmas release, and I can’t think of a better present to unwrap on a soggy December morning.
Posted by Brent McKnight at 9:22 AM