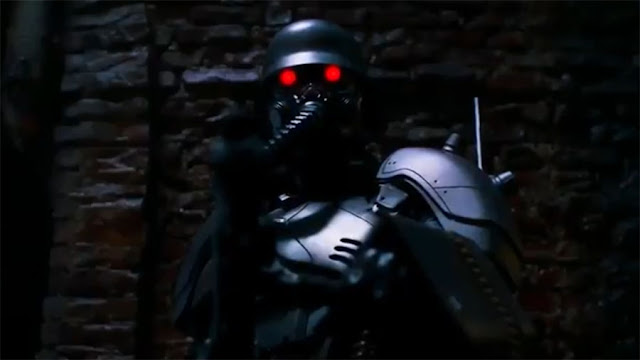 It hits South Korean theater in just over a week, but we’ve been wondering when the rest of us might see Illang: The Wolf Brigade, Kim Jee-woon’s live-action adaptation of Jin-Roh: The Wolf Brigade. While we don’t have a precise date, it now has a home outside of its native land, as Netflix acquired the international rights, or at least most of them.

Variety reports that the film, also previously known as Inrang, was snapped up by Netflix, who nabbed the “nearly global” rights to Kim Jee-woon’s latest. That apparently means they have all the rights outside of South Korea.

Illang also marks Kim’s second consecutive film working with Warner Bros. The studio backed his last picture, the historical espionage thriller The Age of Shadows, which marked their first foray into Korean cinema. Based on a manga and a popular 1999 animated movie, and with a bunch of big action, on the surface, this certainly has the potential to be the A Bittersweet Life, I Saw the Devil, and The Good, the Bad, the Weird helmer’s biggest crossover hit outside of his lone English-language film, the Arnold Schwarzenegger-starring The Last Stand.

The article describes it as:

Set in 2029, it follows the actions of a special forces squad set up to quell a terrorist sect which opposes the formation of a joint government between North and South Korea.

I’m 100% in on any Kim Jee-woon movie. His filmography is full of drastically different styles and genres—he’s put his spin on westerns, gangster movies, revenge films, and more. Despite surface discrepancies, his work often dives deep into the depths of humanity and moral ambiguity, and a story about a dystopian future, strong-arming militaristic police forces, social unrest, and violent terrorists should provide him ample room to ply his trade.

Illang: The Wolf Brigade opens in South Korean theaters on July 25. There’s no word when Netflix will release it, but if we look Pyschokinesis, the latest from Train to Busan director Yeon Sang-ho, as an example, we might have an idea. The streaming giant picked up that title and released it a few months after it opened in Korean cinemas. It does seem we’ll have to wait a bit, however, as Illang is also slated to play at the San Sebastian film festival in September. But hopefully it won’t be too long after that.

In the meantime, check out the trailer below.