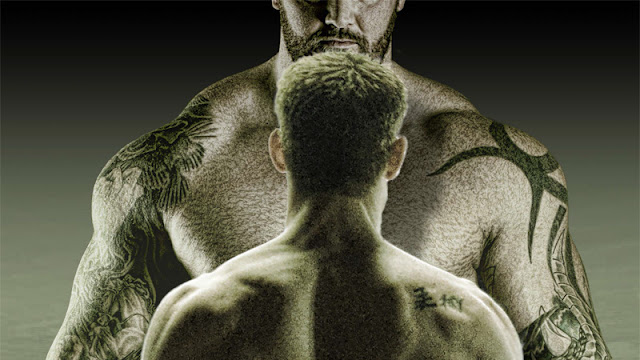 Wait, what the hell? How did I miss this? Apparently the first teaser trailer (or two) for Kickboxer: Retaliation—the sequel to Kickboxer: Vengeance, last year’s Kickboxer reboot—dropped the other day. I knew it was coming, but it still scampered right on by me. I’m getting soft in my old age. Watch it (them) now.

Kickboxer: Vengeance is a solid, if not particularly inventive retelling of the Jean-Claude Van Damme original. (It even features JCVD himself.) It tells the same old story you know and love, though without that sweet dance sequence. We can’t win them all.

The plot’s basically the same as the first, though without the murdered brother angle. And that’s basically that Kurt Sloane (Alan Moussi), once again, has to fight a giant dude in an underground fight. Simple, direct, to the point, and right in my lane.

Here’s a plot synopsis for Kickboxer: Retaliation if you care beyond that:

One year after the events of Kickboxer: Vengeance, Kurt Sloan has vowed never to return to Thailand. However, while gearing up for a MMA title shot, he finds himself sedated and forced back into Thailand, this time in prison. He is there because the ones responsible want him to face a 6'8" 400 lbs. beast named Mongkut and in return for the fight, Kurt will get two million dollars and his freedom back. Kurt at first refuses, in which a bounty is placed on his head as a way to force him to face Mongkut. Kurt soon learns he will have no other choice and will undergo his most rigorous training yet under some unexpected mentors in order to face Mongkut in hopes to regain his freedom.

Directed by Dimitri Logothetis, who directed Slaughterhouse Rock with Toni Basil, there’s no release date for Kickboxer: Retaliation beyond a nebulous “2017.” Also, remember that this is only the second film in a proposed trilogy, so we still have Kickboxer: Armageddon to look forward to. (I really hope it involves Kurt Sloane fighting a giant underground champion on an asteroid hurtling towards Earth, but I’m not holding my breath.)
Posted by Brent McKnight at 3:12 PM

Impressive fight choreography, and an action movie that doesn't take itself too seriously. Enjoy the top notch martial arts! The lead actor is the real deal.

Yeah, the fights are solid. The lead is primarily a stunt performer, hence his martial arts skills, but he's carved out a nice DTV-style action niche for himself, which I fully appreciate.