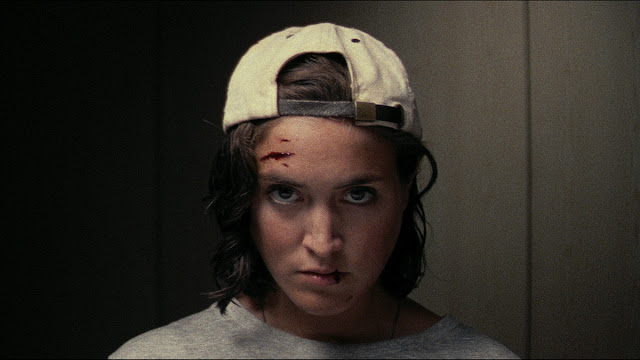 The first thing that stands out in Tilman Singer’s eerie, esoteric horror thriller Luz is the sound. It begins with oppressive, ominous notes, droning synth tones, creaking doors. At times over the course of a sparse 70-minute runtime, layered dialogue, a hypnotic prog-heavy score, and brooding pitched noise builds to a nightmarish, overwhelming cacophony.

Bordering on chaos, pushing to the brink of madness, what initially appears messy, almost random, reveals itself an elaborate, intricate mesh, wholly intentional, designed to elicit a desired visceral response. And this puzzle, this deliberate sonic knot, unsettling to behold and rewarding to untangle, serves as an apt metaphor for the film as a whole. 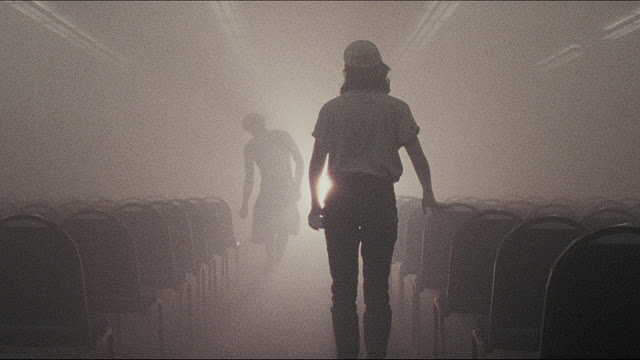 A confident, purposeful pile of overlapping narratives, twisted recreations, unusual angels and framing, hazy visuals, and toned-down giallo feel is all designed to engulf and challenge the viewer. That’s going to turn some folks off, for sure, but for those who like to pull on a thread and see where it leads, this is very much your shit. While there’s no doubt there’s a lot crammed into this film, Singer, a first-timer in the big chair, directs with such an assured, even hand, it’s never out of control, even as it edges right up to pandemonium.

A young taxi driver, Luz (Luana Velis), wanders into a police station, having flung herself out of her own cab, pursued by an evil presence. At the same time, at a bar, Nora (Julia Riedler), recounts the story of a lover to a German psychiatrist, Dr. Rossini (Jan Bluthardt). These two seemingly disparate tales collide and cross over, evolving from paranoid-sounding ravings to demonic entities hellbent on an object of obsession. 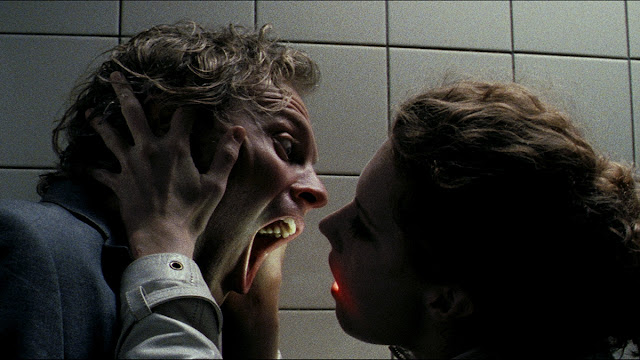 Much of the story unfurls as Luz, under hypnosis, plays out Nora’s version of their tale, pantomiming driving her cab in police custody. It’s an ingenious strategy, reigning in resources—much of the story takes place in a single conference room that stands in for multiple other locations—and it also creates a sense of unreality. It reminds me of the wall-less village staging in Dogville, an unsettling aesthetic choice that skews and informs what we watch. We’re never sure what to believe as we sort through the levels and lies, the perceptions and misdirects.

Luz unfolds in a nightmare logic and pace, deliberate and methodical, never moving as expected. It feels unmoored, adrift in a singular world of Singer’s own creation, like an illusionists trick, both experimental and gripping. This may be Singer’s first go round as a director, but if this is any indication, this talent is worth keeping an eye on.

Posted by Brent McKnight at 2:51 PM