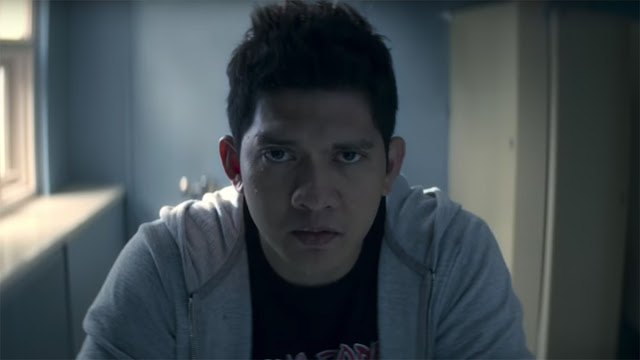 Hey, remember like an hour ago when we were discussing that badass clip from Netflix’s upcoming action series Wu Assassins? Remember when I mentioned a full trailer was on the way today? Well, it’s here. Enjoy.

Up to now, all we really knew about Wu Assassins was that is stars Iko Uwais and follows an aspiring chef tasked with battling an ancient evil and protecting San Francisco’s Chinatown. As one might expect, this trailer offers more details and particulars.

We get our first glimpse at the supernatural elements in play—lots of glowing runes and symbols, Iko Uwais weirdly shifting his face to become Mark Dacascos, and all kinds of similar magical bits. And our hero not only has to stop an evil triad, he has to stop and evil triad lead by his dear old dad. That’s going to make family holidays extra awkward.

Admittedly, some of what we see looks rather silly and like the creators shoehorned in jokes and gags. (It feels like there are going to be a lot of token white lady jokes involving Kathryn Winnick, and using her as a convenient excuse to drop exposition bombs.) But it’s a trailer.

Also, there’s plenty of action on display, and considering Uwais and his team handle the choreography, and the cast includes the likes of Dacascos and Byron Mann, the skill level is off the chart for a series like this. And come on, there are literal stiletto heels. This looks like a blast and exactly like what you’d expect from the description, “Kung Fu meets sci-fi meets Asian street food.”

Wu Assassins  follows Kai Jin, a young Chinatown chef in present-day San Francisco, as he becomes entangled with the Chinese Triad’s pursuit of deadly ancient powers known as the “Wu Xing.” After an encounter with a mystical spirit, Kai reluctantly becomes the Wu Assassin, using his enhanced martial arts skills to recover supernatural powers from five modern-day criminals threatening to use them to destroy the world.

If nothing else, this will introduce Iko Uwais to a much larger audience than he's ever had, which is a good thing in my book. And hell, it has to be better than Iron Fist, and we know the action will be top tier.

Wu Assassins hits Netflix on August 8.
Posted by Brent McKnight at 9:53 AM