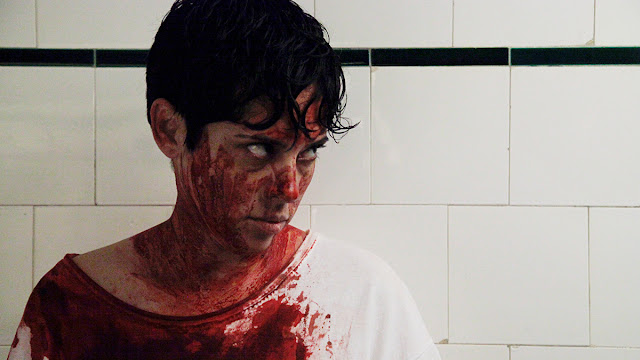 The battle for clicks and views has killed more millennial YouTubers than malaria and polio combined—not measles, though, that shit is back with a vengeance. I kid—maybe, I don’t know the statistics—but that’s the basic premise for the new horror film, The 16th Episode, and, as you probably imagined, things do not go well.

Facing declining ratings on their paranormal travel/adventure channel, Helen (Rebecca Ramon), Einar (real Estonian YouTuber Einar Kuusk), and Mark (Cody Heuer), a trio known to their fans for putting themselves in harm’s way, head out to explore the unknown, mysterious, and otherworldly in Casablanca. As they explore the ancient city, they get deeper and deeper and increasingly mysterious and sinister things befall the trio, especially Helen. 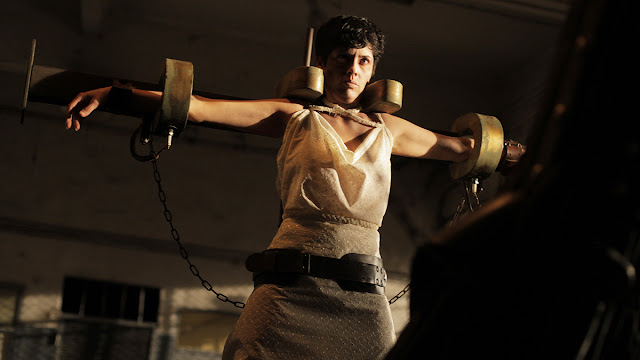 Director Jerome Cohen-Olivar mixes found footage style shots—the view from the cameras the three vloggers use—with more traditional third-person set ups. This allows for the immediacy of the former approach but also allows the film to overcome some of logistical and narrative pitfalls of the genre, letting the viewer pull out of that mode when necessary. This does lead to a few jarring POV jumps, and the film does largely abandon the FF conceit in the back half, but when it works, the fusion blends well and provides a nice balance between the two forms.

While The 16th Episode has a cool hook, and is fun and watchable in a low-budget, if occasionally hokey, way—budget restraints are obvious all around, but in particular when it comes to lighting. Not everything in the plot flows logically or is entirely earned—many things happen more for the sake of convenience, like sudden jumps in logic or characters flipping on a dime with no cause or motivation deeper than a tossed off line. It leads to a disjointed sensation for the viewer as they attempt to keep up with changes that come out of nowhere or decisions that conflict with the characters as established. Even conversations don’t necessarily jibe with the sense of urgency the situation rationally requires—for instance, a calm talk about picking up footage while their friend, last seen covered in blood and possibly possessed by a Jinn, is nowhere to be found. 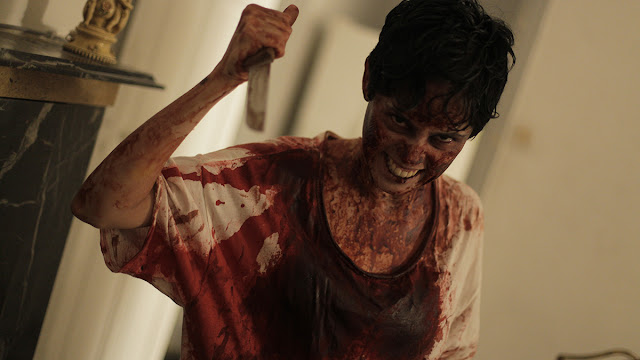 It also does that thing that horror movies so rarely do well, which is have the characters continually talk about how they’re in a horror movie. Even though it makes sense as they film creepy scenery and eerie, possibly haunted buildings, it’s forced and grating. Einar and Mark talk about jump scares, Mark wants to be a “real” filmmaker—which means making the ultimate found footage movie—and they even stage a DIY exorcism based solely on rituals they’ve seen performed in movies. Though that does lead to the line, “It’s a Muslim demon, it’s not going to give a shit about Christianity!” Maybe the line of the film.

Bumpy and inconsistent, hemmed in by systematic constraints and limitations, The 16th Episode isn’t going to have a broad audience. But horror devotees should find something to cling to, and even with the warts and bruises, it has a solid hook and stays consistently watchable end to end.