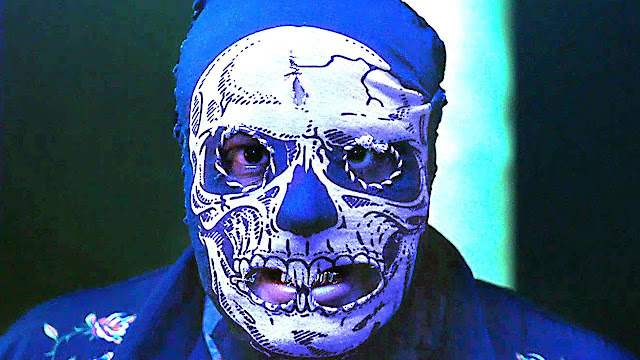 Home invasions are a staple of horror, and while it offers a largely paint-by-numbers approach, Trespassers delivers a passable, if familiar addition to the subgenre. It hits all the markers: dysfunctional couples, a remote setting, questionable decision making; drugs, booze, and assholery abound. There are major logical jumps and a few narratively convenient oversights, but mean-spirited carnage and strong female protagonists make it a compelling watch.

Director Orson Oblowitz has a background in cinematography, and his sharp visual eye propels the film. From the sweeping exteriors that drive home the isolation to dramatically lit interiors that create a sense of being penned in, his camera does a lot of heavy lifting, underscoring and uplifting the film’s themes of being stuck and being alone, in various ways. 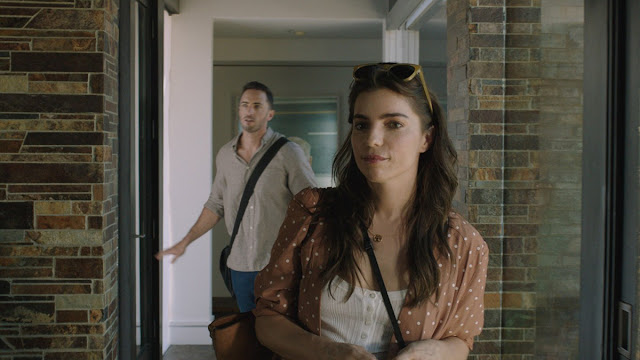 Following a vaguely alluded-to tragedy, Sarah (Angela Trimbur) and Joseph (Zach Avery) rent a secluded Airbnb in the Mojave desert with her estranged friend Estelle (Janel Parrish) and her D-bag boyfriend Victor (Jonathan Howard). When a woman (Fairuza Balk) claiming to be a neighbor with a dead car knocks on the door in the middle of the night, trouble ensues, tensions boil over, and things get messy.

Trespassers checks off all the erotic thriller boxes. There’s sexual tension, secrets, lies, secret lies, and histories between characters. The building blocks are all there, and they’re generally run-of-the-mill and bland. While Corey Desholn’s script aims for mystery, there’s little to find. At the first hint that Sarah and Joseph experienced something terrible, the most obvious answer is the one; the same goes for the hush-hush connections between characters; and between a violent opening scene and learning what the homeowners do for a living, the path is readily apparent from early on. Instead of ratcheting up the tension, clunky foreshadowing leaves an air of inevitability rather than suspense. 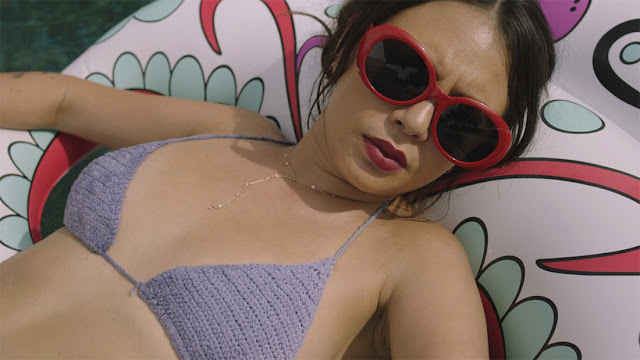 Trimbur makes a compelling protagonist. She so often plays the catty mean-girl, but has the chance to play a well-wrought character here and should be a bigger deal that she is. Trespassers closely identifies and empathizes with her and Parrish. Avery and Howard are fine, but the male characters are one-note shady men, each toxic in their own, different fashions. All too short-lived, Balk can’t help but cut an eerie, off-kilter presence, quiet and calm on the surface, but never able to shake sinister intentions behind that wry, Cheshire cat sneer that I always swear has too many teeth.

While never particularly original—it plays out, almost to the minute, traditional three-act structure—Trespassers remains serviceable. It’s in the decissions the script makes and the leaps it takes where problems poke their heads up. Throughout, characters make choices that don’t make logical sense to their personalities or that aren’t earned—Victor flips from generically shitty dude to kidnapping and murder in a blink. In the midst of immediate life-or-death peril, characters stop to discuss relationship details, and what’s more, the surrounding action also pauses to facilitate these moves. It often forgets about people off-screen—just because we can’t see them, doesn’t mean they don’t exist. 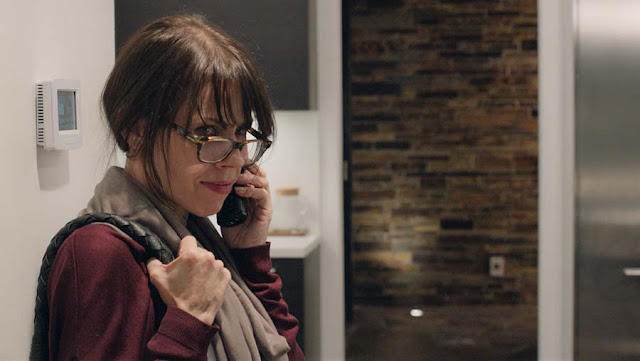 It’s not simply that characters make bad decisions. That happens in every horror movie. It’s that many exist solely for narrative convenience. Victor’s shift occurs not because it fits with his character as established, but because it furthers the plot; robbers looking for one specific thing overlook the most obvious, only realistic place it could be to facilitate a torture scene that has no practical reason to exist. Taking liberties with suspension of disbelief is one thing, but too often Trespassers acts counter to the fictional reality it creates.

A hazy conglomerations of ill-defined loyalties and connections only muddies things further. Does Balk have ties to the home invaders or is she actually a neighbor? Are a pair of cops (Carlo Rota and Sebastian Sozzi) good guys, bad guys, or incompetent? Are they even both on the same page for that matter? Deshon’s script tries to avoid spelling things out, but in doing so fails to address key points. In some instances, attempts to establish mystery play clumsy and reveal too much, while in others, it misses in the opposite direction. Movies don’t to explain everything, in fact, many damage themselves trying just that. But while it’s a noble impulse, this never quite finds the balance between what to reveal and what not to.

[Read More: 'You're Next' Movie Review] 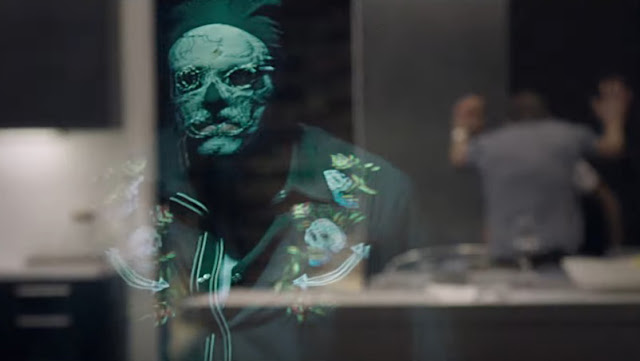 Down to the core concept, Trespassers was never going to set the world ablaze with its ingenuity. Still, by the book and slight as it is, it presents a passable addition to the field. Sure, there are gaps and holes, lingering what-abouts, and head-scratching character choices, but Oblowitz shows some definite directorial chops, and though not all the decisions track, the important ones generally do. And yeah, Sarah and Estelle need to extricate themselves from their caustic relationships, but maybe first deal with the masked invaders trying to kill you.

Posted by Brent McKnight at 3:03 PM