Fantasia 2019: 'The Gangster, The Cop, The Devil' Movie Review 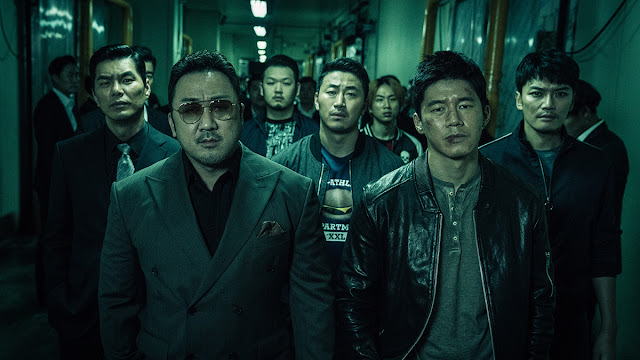 To lump all South Korean cinema together and paint the industry with a singular, this-is-what-they-do brush is to do it a disservice. It cuts across genre boundaries, topics, and subsets, with standouts in each category along the way. But goddamn, do the South Korean filmmakers do dark, thoughtful crime thrillers really well. Oldboy, I Saw the Devil, The Yellow Sea, the list goes on. The latest addition to this canon is Lee Won-tae’s The Gangster, the Cop, the Devil.

The premise is simple: circumstances compel vicious crime boss Jang Dong-soo (Ma Dong-seok, Train to Busan) to team up with cocky, hot-headed cop Jung Tae-suk (Kim Mu-yul, Warriors of the Dawn), to catch hipster serial killer K (Kim Sung-kyu, The Outlaws). Each has their own motivations and drives that test this uneasy accord as they use each other for the resources the other has and they don’t. Everyone plays everyone else on some level—twists and turns, betrayals and double crosses, and shifting allegiances and power dynamics abound. 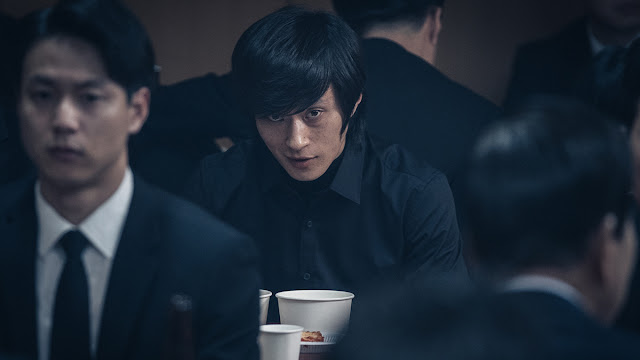 The Gangster, the Cop, the Devil doesn’t revamp the procedural formula, but it offers solid, action-heavy thrills, tension and pressure, and moments of stark violence. A good comparison point is a light version of Na Hong-jin’s 2008 film, The Chaser. While the villain is terrifying enough in the moment—creepy and leering, Kim has a sharp, sinister grin and unhinged eyes—K’s killings are random and unmotivated. That’s scary in one regard, but fails to capitalize on that fear and, from a narrative perspective, misses the chance to create strain and anxiety with calculated stalking and hunting. At times, he’s more plot device than character.

Fortunately, most of the screen time goes to Jang and Jung. Their antagonistic friction drives everything forward. Kim plays brash and arrogant well, picking and prodding and provoking until he gets the reaction he wants. It’s no surprise Ma is great, he always is, but Gangster uses his skill set especially well. Calm and collected, he has a cold, cool menace, but also the physicality to drive home just how dangerous Jang is. Not in a highly skilled martial arts sense, but he has a raw edge, and when it comes down to it, he just tears through dudes in a primal, brutal way. The combination of mind and muscle helps him keep hold of his empire and makes him a nerve-rattling figure.

[Related Reading: 'The Gangster, The Cop, The Devil' Trailer: Check Out The Cannes-Bound South Korean Thriller] 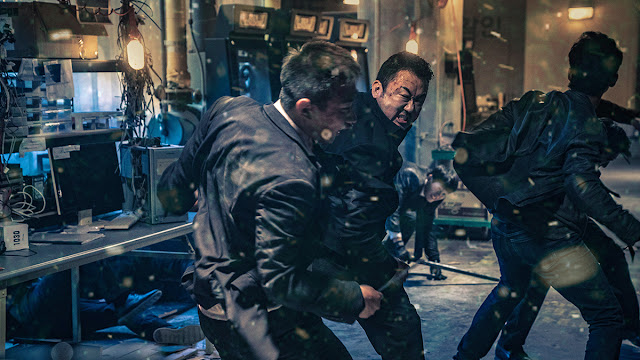 Only his second feature, Lee has a strong grasp on the action elements, of which there are many. Plenty of car and foot chases make excellent use of the Seoul landscape, from the glitzy, glittery urban environments to the tangled, labyrinthine back alleys and hidden stairwells that snake through the city, juxtaposing upscale glamor with gritty streets. But it’s the epic brawls that shine brightest. Multiple times, he sends waves of humans crashing into one another in massive, sprawling throwdowns, clearly staged and meticulously executed. They should more than satisfy action enthusiasts.

At times, there’s too much going on and too many subplots that don’t contribute to the primary narrative. We see gangland power struggles, police corruption, boss woes at work, and more. Some add texture, like illustrating the lengths Jang will go to or demonstrating Jung’s impulsiveness, but eventually becomes gets repetitive—we only need to see Jung butt heads with his superior, who’s on the take from Jang, so many times to get the point. 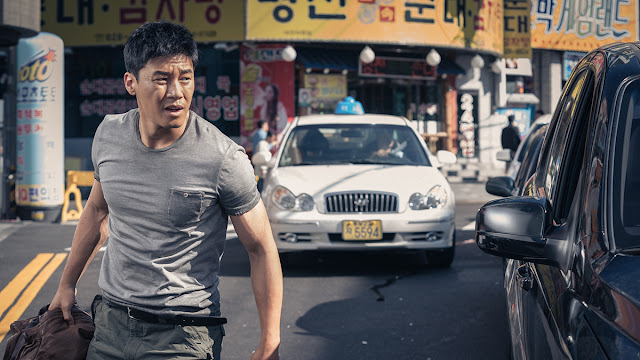 Even with a few rough patches, The Gangster, the Cop, the Devil bubbles with a propulsive energy. Polished and glossy, it moves along with an easy, rapid momentum, myriad action beats, and another top-tier performance from Ma Dong-seok as a businessman brawler who provides a thoughtful sharpness to this fun, if familiar, crime thriller.