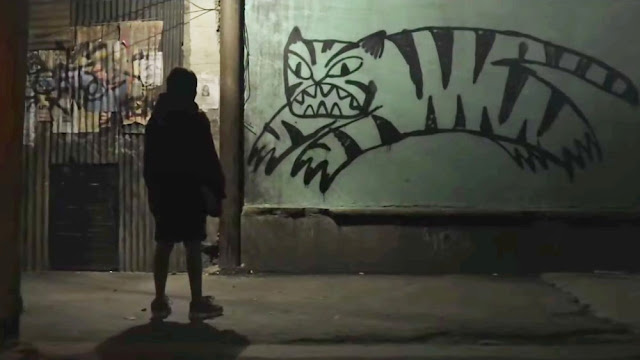 Though I usually wind up liking but not loving his movies as much as many other people, Guillermo del Toro has an infectious love and enthusiasm for film. Especially horror. In 2018, the same year he won a Best Picture Oscar for The Shape of Water, he declared Issa Lopez’ Tigers are Not Afraid one of his favorite films of the year. And it’s easy to see why he approves, as it bears a heavy influence of films like Pan’s Labyrinth and The Devil’s Backbone, while maintaining its own identity. Though it’s taken its sweet time, Tigers has finally hit theaters and is one of the best films, in any genre, you’re likely to find.

Lopez’ film shows the high cost of the drug war on the most vulnerable segments of the population ,as told via the dark, dreamy, magical realistic fantasy of children in a Mexican town held tight in the grip of a violent cartel. After her mother disappears, Estrella (Paola Lara), a young girl literally followed by blood, gets three wishes, though each comes with a terrible price. She joins forces with a gang of similarly orphaned street urchins led by Shine (Juan Ramon Lopez) for friendship and safety, though they run afoul of the cartel when they take something the criminals want. 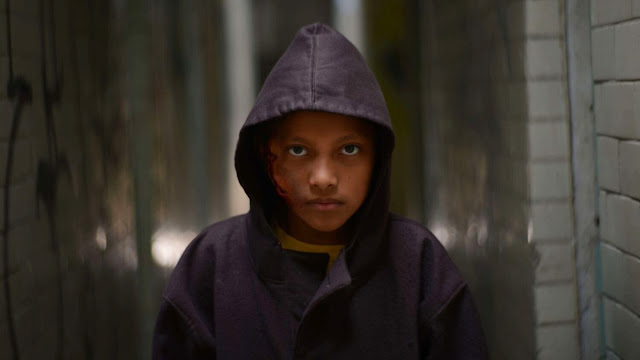 Tigers are Not Afraid uses fantastic flourishes and the imaginative daydreams of kids to look at a harsh, grim reality. This is a place where kids cower on the floor of school rooms to avoid stray gunfire and where women and children disappear without a trace, never to be seen again. And that’s just daily life. With talking stuffed animals and tiny flying dragons, the film illustrates the true horror of cartel violence.

While the trappings are beautifully shot and constructed, and it boasts an imaginative concept, the film wouldn’t work without the young actors. We’re talking very young in many cases. But they’re up to the task, giving authentic, raw performances as they deal with heavy, heavy subject matter like kidnapping, rape, murder, drugs, and even hints of Satanic ritual and cannibalism. There are occasional adults around, but Tigers are Not Afraid is mostly the kids on their own all the time. 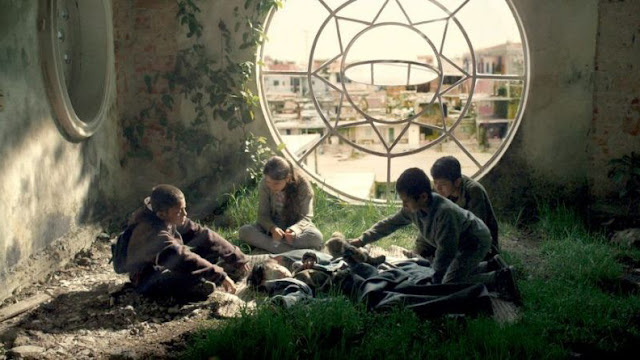 Estrella obviously forms the center, and Lara carries the entire film on her small shoulders. That’s a lot to ask of anyone, but she’s fantastic, portraying a range of emotions. The boys also turn in similarly wonderful performances. No one ever rings false for a moment. Even while living in a literal ghost town, bleak as it is—and it gets plenty bleak—they never lose their sense of childish wonder and ability to find joy in small things as they endure enormous hardships. They’re real and earnest and happy and sad and goofy and absolutely heartbreaking. And so, so good.

Haunting and gorgeous, dreamy and dreary, Tigers are Not Afraid is by turns a dark and joyous reminder to be careful what you wish for. It’s a quick, tight, remarkable achievement that pulls no punches and hovers over you like an emotional specter long after it ends. [Grade: A]

Posted by Brent McKnight at 8:08 AM