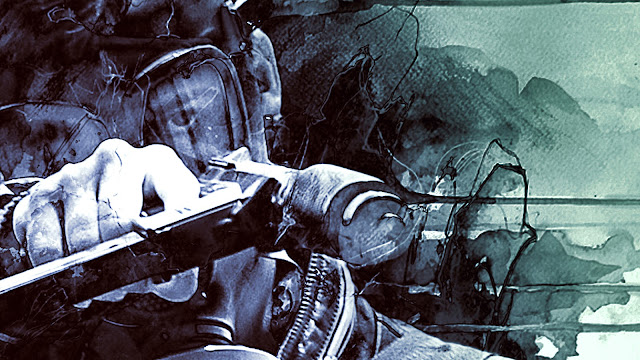 UPDATED: I’d say I like to keep personal news out of these posts for the most part. But if you’ve read anything I’ve ever written on here, you know that’s a crock and know more about my life than I should probably reveal to strangers on the internet. Whatever. I do, however, have some personal/professional news that’s both exciting and, I hope, relevant to your interests.

So, I write about movies and have done so for more than a decade. You probably guessed that due to the content of this website. But I also write other things—in reality, I write a little bit of everything. Fiction is key among these other writing projects, and I’m stoked to be able to announce that my first novel, Hitchhiking Through Fire, will be published by Aurelia Leo on November 11, 2019. (First published novel, I’ve written like four others that are hot trash and should be burned lest they taint the public’s eyeballs.) It’s also now available for pre-order at multiple outlets:

I describe it as a post-apocalyptic zombie spaghetti western, like A Fistful of Dollars with monsters. It has warlords, reluctant heroes, desolate landscapes, flesh-eating creatures, and the whole shebang. Here’s the back-cover synopsis:

Amid the ruins of the old world, desperate remnants of humanity cling to a meager existence, ruled by small-time tyrants and beset by flesh-hungry monsters, the victims of a disease that erases all but the base instinct to feed.

Bracken roams this barren, post-apocalyptic wasteland, a hard, broken man who does ugly things to survive. Pursued by a vicious warlord, he transports a young orphaned boy across the savage landscape.

On their journey through ravaged cities and desolate terrain, the unlikely companions come face-to-face with devastation and hopelessness, searching for purpose and redemption on the road.

Yes, it’s a bright, happy, festive pick-me-up that will leave you feeling good about the world. Or not.

This has been a long time coming. I first started Hitchhiking Through Fire in December of 2007 as an abortive attempt to write a screenplay during my winter break from grad school. I had no idea what I was doing, and it came out like a story, not a script. I didn’t work on it much until the summer of 2009, and it ultimately became my master’s thesis, much to the chagrin of my literary-fiction-loving committee and advisors. Whatever, genre fiction rules.

I don’t know how many drafts the manuscript went through, but over the years I’ve added, removed, hacked, slashed, torn down, rebuilt, totally forgotten about, and generally reshaped every element.

Aurelia Leo is a cool little indie publisher out of Kentucky, and I have to thank them for taking a chance on this book. And I also hope you’re okay with this, because I’m going to pimp this book for all its worth from now until…I don’t know, the cows come home? Apologies in advance.

Hitchhiking Through Fire drops November 11, 2019. You can preorder it now through Amazon and the Aurelia Leo website if you’re interested in such thing. And as we get closer to the release, you’ll be able to find it at places where you usually find books and the like.

Here’s the cover, which fits the overall tone and feel. Pretty pleased with how it turned out.

For anyone interested in reviewing or previewing Hitchhiking Through Fire, hit me up. I have ARCs available and would love nothing more than to get this in front as many eyeballs as possible. 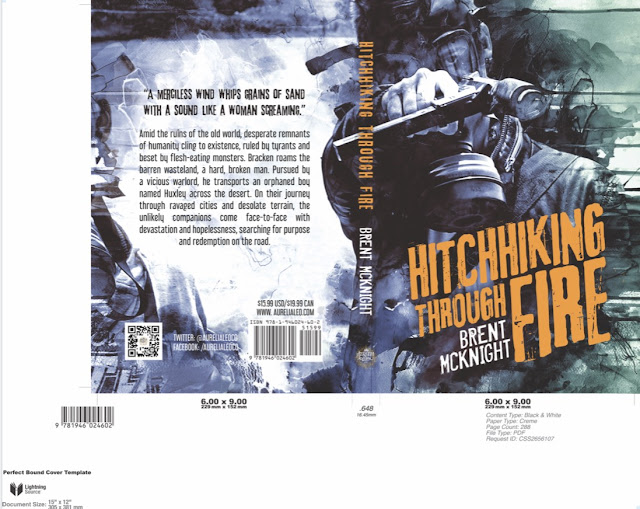