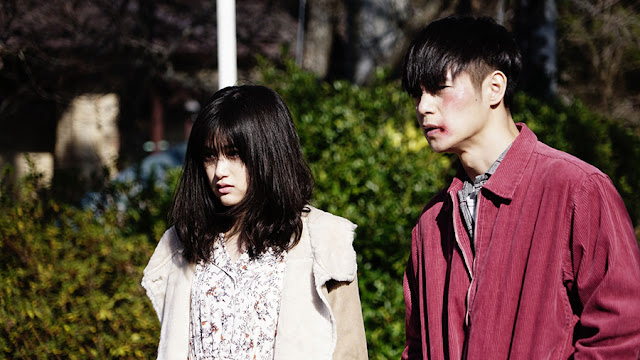 If you didn’t know you were watching a Takashi Miike movie, the severed head rolling down the street, coming to a stop, and blinking at you with an opened-mouthed silent scream less than three minutes into First Love should be a tip off. True to form, and the uber-prolific Japanese director works in maybe his truest form here, First Love is down and dirty, violent, and weird as all hell. Wouldn’t have a Takashi Miike movie any other way. But he also delivers his version of a dark, twisted, mean-spirited romantic comedy. Which means, of course, it’s the most badass rom-com you’ve ever seen.

We’ve got a boxer with a brain tumor, a drug addicted prostitute, a Chinese-Japanese gang war, a corrupt cop, and a dissatisfied Yakuza underling with a plan. Oh, and a character named One-Armed Wang. This twisted, overlapping, intersecting stretch of underworld provides fertile ground for Miike to wallow in the muck, as well as produce one of his sweetest, most earnest works to date. 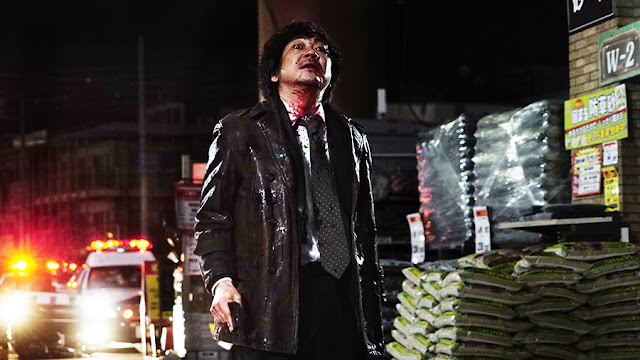 Over the course of one night, Leo (Masataka Kubota), the aforementioned boxer, and Monica (Sakurako Konishi), the aforementioned prostitute—though it’s not as simple as that, and she also regularly hallucinates manifestations of her past traumas—find themselves embroiled in an epic gangland battle over drugs, territory, and control.

That’s the main thrust, though Masaru Nakamura’s script has a lot going on. Low-level Yakuza, Kase (Shoto Sometani), has a plan to rip off his bosses and teams up with corrupt cop, Otomo (Nao Ohmori), to make it happen. Then there are warring Japanese and Chinese factions vying for the upper hand, and a raging, vengeful woman, Julie (Becky), out for blood and payback. We’ve got betrayal, retribution, and redemption; wild car chases and the best hardware store fight since The Equalizer. 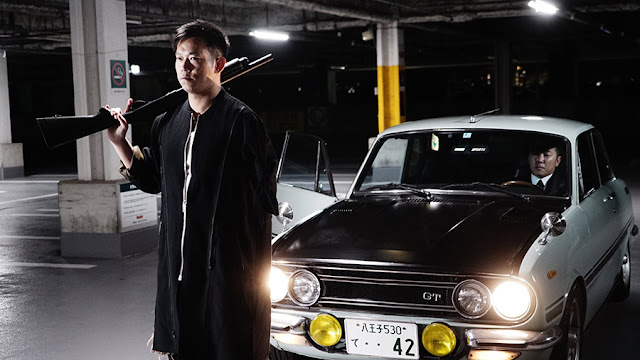 Working as he does, at such frenetic speeds and not always with the most oversight, Miike’s approach can, at times, be a detriment. Movies play out too far too long and jumbled. But that’s not the case here. While there’s a metric crap-ton going on, he displays a deft touch, balancing the intricate, overlapping plot threads, giving most their due and never allowing it to become convoluted or messy. Narratively, and from a story craft perspective, this is up there with the director’s best work, with Audition and Ichi the Killer and 13 Assassins.

Kase is wonderful and hilarious, and the film takes great pleasure pummeling him physically and emotionally as his plan rapidly dissolves around him. As Julie, Becky plays her part like rabid, foaming-at-the-mouth madwoman. Over the top and hellbent for her pound of flesh, she’s a seething maniac in the best way. Everyone else is solid, but those two stand out, are the most fun, and most completely embody the raucous spirit of First Love. 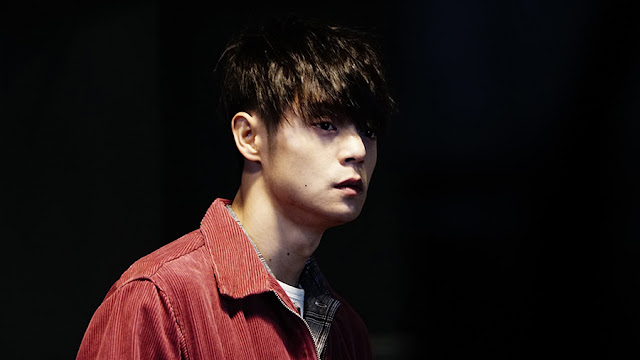 But it’s Leo and Monica who form the heart of the film and have the most complex characters and arc. As a boxer, Leo has become disinterested and bored. That all changes when he’s diagnosed with an inoperable brain tumor. Monica, drug addled and forced to sell herself to pay off her father’s debts, has deep wounds, those we see and those we don’t. Together, they’re sweet, earnest kids in terrible circumstances, caught up in something much bigger and more complicated than they know. Their thematic journey isn’t as pat a getting up when you get knocked down, though that’s certainly present, but it’s about finding something worth fighting for, something worth living for. Even in the worst of times. With Kubota and Konishi, First Love has an emotional depth and intimacy Miike’s Yakuza movies sometime lack, and it’s all the better for it.

But while First Love has an endearing, gooey core, it’s still a Takashi Miike movie and contains all the manic force and chaos that entails. Violent and bloody, with a gangster swagger, it also borders on dark absurdist comedy as the situation escalates and Kase’s plan unravels in spectacular fashion. It features all kinds of bonkers Miike flourishes, like what can only be described as a meth smokescreen, an old man, who is also a hallucination, dancing in his underwear on a train, and hyper-stylized gangsters swinging a sword with one hand, firing a gun with the other, while wearing a sharp suit, flowing trench coat, and sunglasses at night indoors. 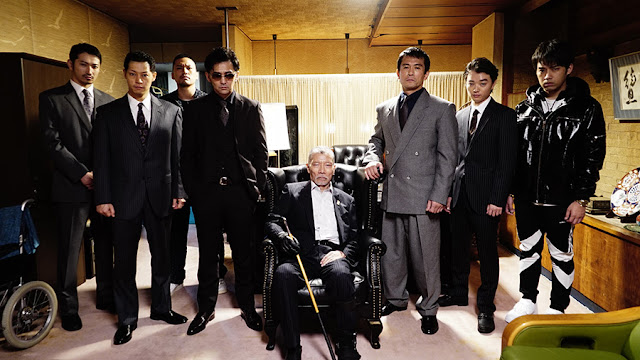 First Love is a rom-com striking a gangster pose. The boisterous surface trappings belie an underlying kindness and sincere emotional depth. Funny and charming and thrilling, it also proves that after countless movies plumbing the dark corners of the Yakuza underworld, Takashi Miike still has energy and inventiveness to bring to the genre. [Grade: A]