The 2021 Oscar Nominees Are Here 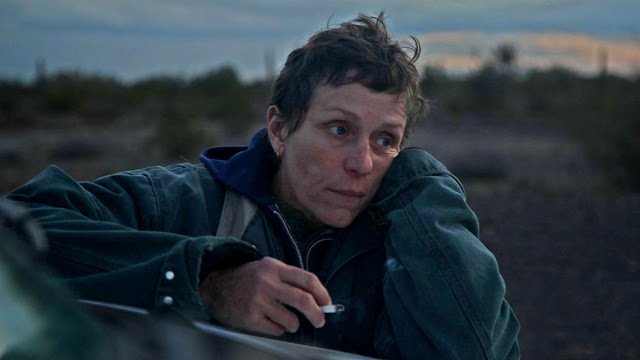 It’s been quite a year, but that doesn’t mean the Oscars aren’t happening. Sure, the 93rd Academy Awards have been delayed quite a bit, but they’re still happening. As if to prove this point, the nominations came out this morning for those inclined to discuss and dissect.

There’s nothing terribly shocking here. As usual, we have a few egregious snubs. (No Delroy Lindo for Da 5 Bloods is disappointing but expected given the way this award season has gone.) A few surprises. (Love and Monsters. Yeah, it’s for effects, but a little horror movie not many people saw? Cool.) And, of course, a few absolute head scratchers. (I’m curious how neither of the characters named in the title Judas and the Black Messiah qualify as a lead actor—I maintain that Daniel Kaluuya is the real lead despite being campaigned as supporting by the studio. Either way, both are great.)

A little history was made. This is the first time two women have ever been nominated for best director. (Chloe Zhao for Nomadland and Emerald Fennell for Promising Young Woman.) Two black women were nominated or best actress (Viola Davis in Ma Rainey’s Black Bottom and Andra Day for The United States vs. Billie Holiday.) With Minari, Steven Yeun becomes the first Asian American best actor nominee. Among other firsts. Progress is slow, but the Academy will surely pat themselves on the back for modest steps.

That’s all I really have to say about the Oscars. The 93rd Academy Awards air Sunday, April 25 on ABC.

"The Trial of the Chicago 7″

ACTRESS IN A SUPPORTING ROLE

ACTOR IN A SUPPORTING ROLE

Sacha Baron Cohen, "The Trial of the Chicago 7"

"The Man Who Sold His Skin" - Tunisia

"A Concerto Is a Conversation"

"A Love Song For Latasha"

"Fight For You" from "Judas and the Black Messiah"

"Hear My Voice" from "The Trial of the Chicago 7"

"Husavik" from "Eurovision Song Contest: The Story of Fire Saga"

"A Shaun the Sheep Movie: Farmageddon"

"One Night in Miami"

ACTOR IN A LEADING ROLE

ACTRESS IN A LEADING ROLE

Vanessa Kirby, "Pieces of a Woman"

Thomas Vinterberg, "Another Round"

Dariusz Wolski, "News of the World"

Phedon Papamichael , "The Trial of the Chicago 7"

"If Anything Happens I Love You"

"The One and Only Ivan"