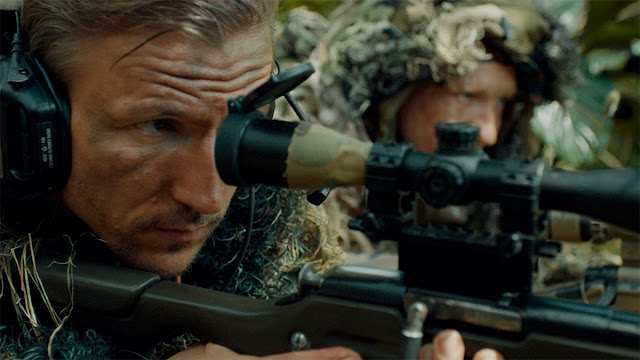 It’s been said that the craziest action movies from around the globe come from the places with the least regulation, thus the most freedom for performers to do insane things that are probably way, way too dangerous to actually attempt. Whether or not that’s true, there’s clearly some stuff going on in Russia right now. Last year brought us Why Don’t You Just Die! and because there’s always room for more, now we have Russian Raid to gawk at and kick us in the face.

Supposedly inspired by Gareth Evans’ The Raid, the plot roughly follows that template. Nikita (Ivan Kotik), is a soldier-turned-mercenary. A nefarious businessman hires him to lead a gang of thugs to take out the security force at a former missile factory, which now manufactures vodka, so the businessman can engage in a very hostile takeover. The goons are cocky and undisciplined and it turns out the factory is a front, one owned by a vicious warlord. Oops. Things unravel even further as various factions arrive on the scene, unlikely alliances form, loyalties shift, and hidden agendas emerge. All cloaked in some insane, over-the-top maniac action. 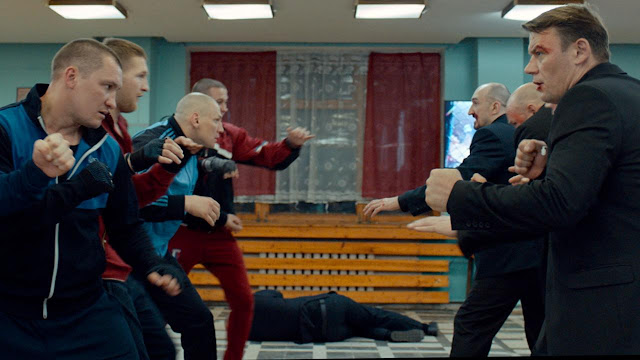 The characters aren’t much. A sense of revenge and justice drives Nikita, and that’s as deep as his personality goes outside of a few quick flashbacks to him dancing with his grandpa as a child. Beyond a passing sense of curiosity, there’s no real reason to be interested in any of these people. Outside of the fact that everyone beats the ever-loving crap out of everyone else. That’s why Russian Raid exists, and that’s why it’s fun as hell to watch.

For the first half of the movie, there’s a handy plot device about how no one has any guns. As a result, it’s just a bunch of gnarly Russian dudes pounding one another into oblivion. There are elaborate, intricately choreographed brawls throughout the factory, fists and feet and elbows flying. At one point there’s an almost eight-minute sword and axe fight—one of the security guards just happens to be a weapons enthusiast with an extensive at-work collection of blades and clubs and whatnot. Convenient? Yes. Rad? Also yes. 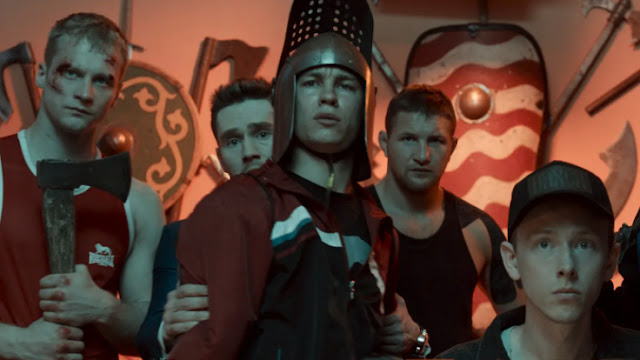 During this stage, even though there are broken bones, bloody faces, and all manner of bodily harm, there’s a lightness to the action, even with the bladed arsenal. No one dies, there’s only one serious injury, which is easily skirted around, and Nikita’s track-suit-wearing posse has a damn fine time—it’s like they’re all having a good-natured tussle and enjoying themselves.

Things take a drastic turn at almost the exact halfway point. A group of heavily armed mercs show up and add firearms into the equation. Tonally, the action shifts in a darker direction, with more dire, permanent consequences. Instead of hand-to-hand combat, it focuses on running gun battles and hand grenades. The bodies, understandably, pile up.

[Related Reading: 'The Raid' Remake Is Apparently Back On] 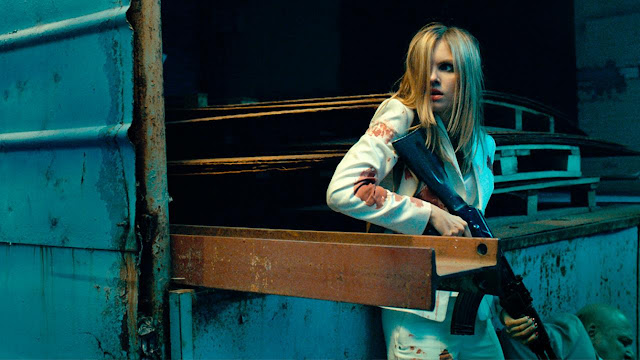 Here the plot get even more convoluted and character’s motivations seem out of step with their established personalities, such as they are. It’s also where unnecessary narrative threads start to weigh heavy. There are superfluous personal connections to this warehouse, along with a subplot about a woman (Sofya Ozerova) who works at the factory but has her own reasons for being there—she primarily serves to provide the barest hint of a potential romantic connection. Fortunately, the action continues to be outstanding and pushes the pace over any narrative hiccups or snares.

Russian Raid isn’t a frantic mishmash of hyper-stylized action full of lightning cuts. Director Denis Kryuchkova takes an unobtrusive visual approach. The detail and intricacies lie in the staging and choreography, not the cinematography. In a single shot, we see an entire cafeteria engulphed in fisticuffs, multiple fights going on at the same time in different planes, bodies flying everywhere. Kryuchkova keeps the camera at a distance and lets the audience take it all in. It’s not fancy, but it serves the film and action well, driving home how physically talented the performers are. 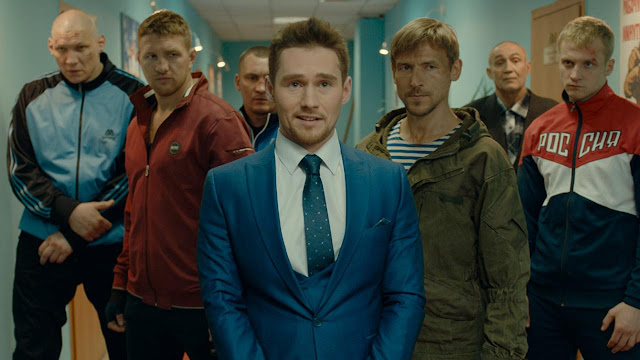 The same goes for the style of combat. Though skilled, this isn’t a showy, eye-catching martial arts extravaganza—don’t go in expecting high-flying acrobatics. There’s a realistic edge to the fights, they’re long and punishing and the film shows the cumulative effect—no one just walks away and brushes things off, fresh for the next throwdown. By the time the climactic fight rolls around, the participants are exhausted and broken, barely able to stand. They look like people who have been through hell and feel it.

In general, that’s a solid metaphor for Russian Raid. Not showy, but effective, efficient, and purposeful. This might not replace the Die Hards, Ong-Baks, or The Raids of the world when it comes to rewatchability, but it’s certainly one I’ll likely return to every now and again when I need a fix of wild, badass face-punching action. [Grade: B]