Self-help writer May (Brea Grant) isn’t caught in a tried and true time-loop, but she may as well be. Every night, a masked man breaks into her house and tries to kill her. She fights him off, he disappears, the cops show up. Every night. Over time, the terrifying home invasion gives way to frustration and eventually becomes rote, routine as she tries to figure out what the hell is going on and why no one, including her husband, Ted (Dhruv Uday Singh), seems concerned by this. Such is life in director Natasha Kermani’s horror thriller Lucky.

What follows is tense and strange, sinister and surreal as May’s life unravels into spiraling cycles of gaslighting, victim blaming, and institutional indifference. It flirts with ideas of devolving mental health, parallels issues of domestic abuse, and edges up against supernatural territory—throughout, there’s a bit of an off-kilter Twilight Zone vibe. 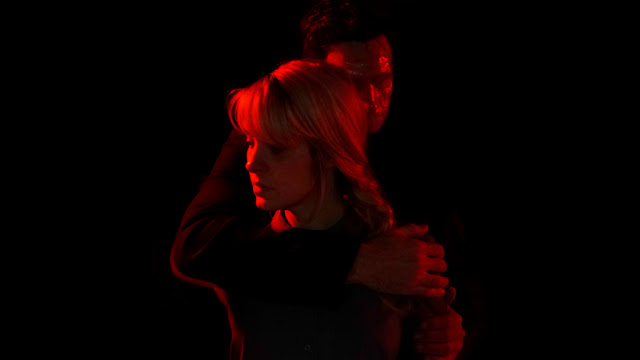 In addition to starring, Grant wrote the script and pushes her character to the brink, of sanity, of life and death, of throwing up her hands and saying, “Screw it, take me away, strange masked man.” Lucky plays especially well in these times where days often seem to unfold exactly the same and there’s a looming existential threat that, while people pay lip service, no one really appears to take it all that seriously. But May does the only thing she can, get up every day, fight on, and push through the trauma and horror because she has no other option.

Grant also delivers a fantastic performance. May reacts and responds in the most natural fashion, first with terror, followed by outrage and frustration, then an almost resigned weariness as her preparations for the daily assault escalate. She stabs him, bludgeons him, pushes him down stairs and breaks his neck, but the second she turns to grab a pile of rope to tie him up so he can’t escape, poof, he’s gone. Her exasperation and exhaustion are palpable, and as, later in the film, she attempts to fend off the same indifferent questions she’s heard since day one, a sense of near bemusement. Compelling and relatable, through it all, Grant’s charisma carries her through what could have easily devolved into petulance or woe-is-me handwringing.

[Related Reading: 10 Movies to See at the 2020 Fantasia Film Festival] 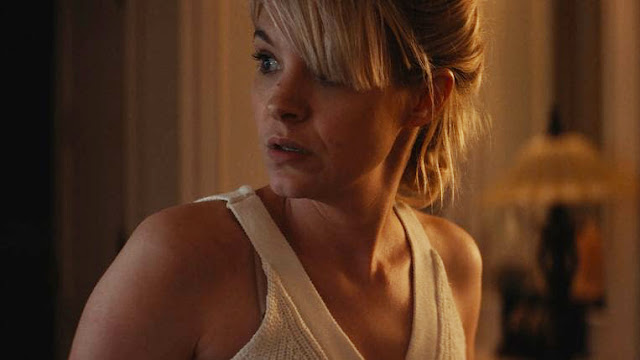 The bulk of the film takes place in a single setting, May’s home—it ventures elsewhere, but the majority takes place there. Kermani and cinematographer Julia Swain stage and frame the action so that, even as the story repeats itself, the film never feels repetitive, maintaining a freshness and forward momentum. Tight editing is prevalent throughout, but especially in scenes like, as May deals with a full-frontal charge of first responders—EMTs, cops, a social worker—each speaks a single word at a time, stringing together a running dialogue, which drives home her disorientation and makes the audience feel a bit of what the heroine experiences.

Compact and efficient, Lucky puts a nice spin on the recurring timeline narrative. Energetic and weird, and all dressed up in a home invasion horror suit, it’s sharp and satiric, and between this and 12 Hour Shift, which she wrote and directed, Brea Grant had a hell of a 2020. This is a damn good time and definitively one to check out. [Grade: B+]