'The Suicide Squad' Trailer: We're All Going To Die 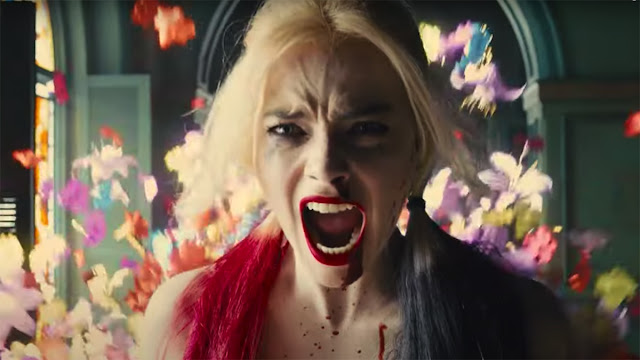 Come for the giant man-shark ripping a dude in half, stay for the massive kaiju starfish rampaging through a city. Such is the first trailer for James Gunn’s The Suicide Squad. Take a look for yourself below. David Ayer’s 2016 Suicide Squad is, by just about anyone’s estimation, a train wreck. Not his fault, necessarily, the behind the scenes stories should serve as a cautionary tale about studio meddling in film school. Granted it’s only a first glimpse, but this The Suicide Squad trailer (seriously, it’s like The Fast and the Furious and Fast & Furious) certainly looks like it lives up to the rowdy, raucous potential of the IP.
[Related Reading: 'Suicide Squad' Movie Review]

Hopefully, with the success of the Guardians of the Galaxy movies and WB’s realization that they don’t need to ape Marvel’s game plan and can do whatever the hell they want, Gunn will be able to get his true vision across. Again, only a trailer, but this certainly appears to support that. This overflows with Gunn’s unruly, profane sense of humor. They definitely seem like they’re going to get their money’s worth out of the R-rating—this trailer is worth watching just for John Cena talking about eating a beach full of dicks in the name of liberty.

Welcome to hell—a.k.a. Belle Reve, the prison with the highest mortality rate in the US of A. Where the worst Super-Villains are kept and where they will do anything to get out—even join the super-secret, super-shady Task Force X. Today’s do-or-die assignment? Assemble a collection of cons, including Bloodsport, Peacemaker, Captain Boomerang, Ratcatcher 2, Savant, King Shark, Blackguard, Javelin and everyone’s favorite psycho, Harley Quinn. Then arm them heavily and drop them (literally) on the remote, enemy-infused island of Corto Maltese. Trekking through a jungle teeming with militant adversaries and guerrilla forces at every turn, the Squad is on a search-anddestroy mission with only Colonel Rick Flag on the ground to make them behave…and Amanda Waller’s government techies in their ears, tracking their every movement. And as always, one wrong move and they’re dead (whether at the hands of their opponents, a teammate, or Waller herself). If anyone’s laying down bets, the smart money is against them—all of them.

The Suicide Squad opens in theaters and lands on HBO Max (for a month) on August 6. While you wait, take a gander at this awesome Dirty Dozen inspired poster. 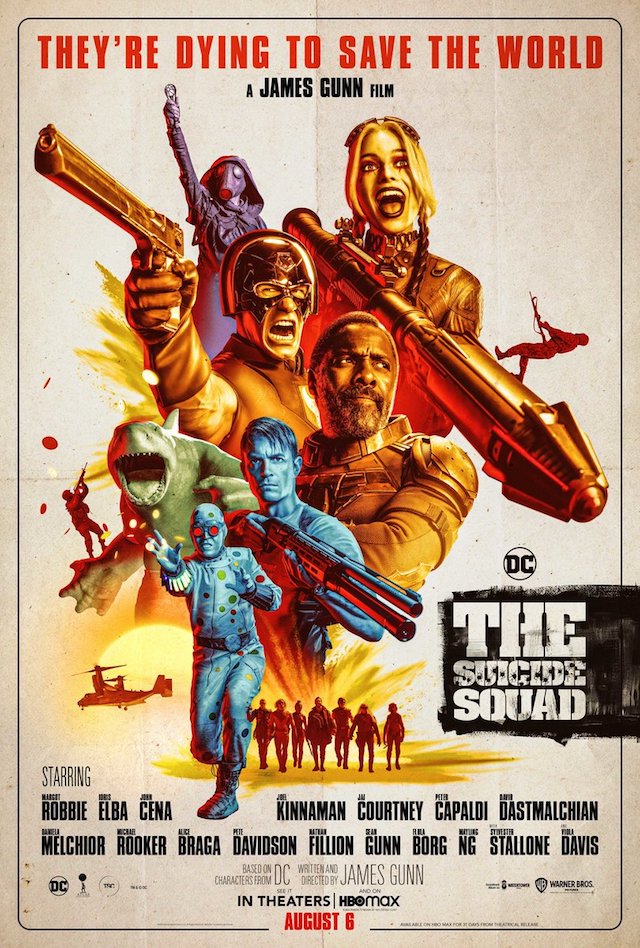