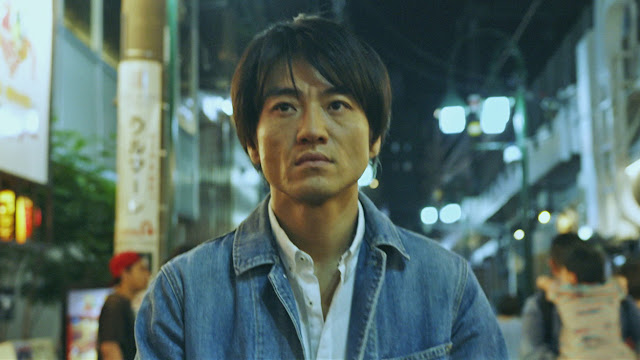 Hydra begins with every man’s worst nightmare, being killed at a urinal. Okay, maybe not, but it’s a definite concern and something to think about in the bathroom. It’s a hell of a way to kick off a movie, even if most of what follows fails to live up to the opening. Until the very end.

Veteran stunt performer and action coordinator Kensuke Sonomura (Nowhere Man, Manhunt, Bushido Man) makes his directorial debut and it’s very, very clear where his background and experience lie. The climactic one-on-one fight is simply one of the best committed to film in recent memory. From the choreography to the filming to the skill of the performers, it stands up there with anything you care to throw at it. (Once I finished the movie, I immediately went back and watched that scene again.) The film is lo-fi, with few frills, but the action is undeniable. 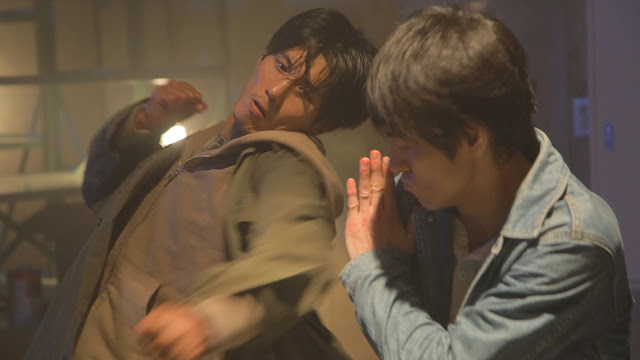 The rest of the movie, however, leaves something to be desired. Clocking in at 77 minutes, Hydra is designed to be a slow-burn, but unfortunately it never truly catches fire. It sparks up a few times, but the flames don’t spread. The plot revolves around Takashi (Masanori Mimoto, Meatball Machine Kodoku), a quiet, unassuming chef who turns out to be a secret badass, a retired assassin in this case. And his past, of course, comes calling.

It’s a standard set up for this type of film, but one with plenty of room to work. Jiro Kaneko’s script aims to be dark, tense study of a man facing his violent history, but it misses in most regards. Hydra presents interesting ideas, like orphans being trained as assassins and the lingering weight of Takashi’s past, and few chuckles at the awkwardness between the steely, stoic tough guy and his younger, smart-ass coworkers. But the pace plods and all the elements that the script should develop in the slow-burn stage—the world, the characters, any whiff of personality for Takashi—never stir much interest or manifest significant investment. 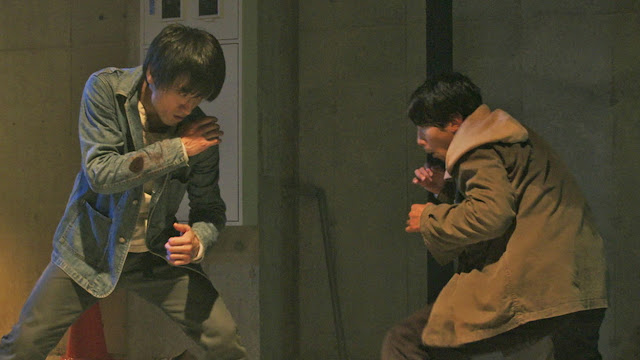 In movies like Hydra, the action often has to carry the day, but while those scenes are fantastic, they’re also far too rare. Eventually the film gets to the point where it’s killing dudes with a soda can or a toothbrush, but the tempo doesn’t pick up until we’re close to the end. By the time we get there, there’s little tension and few legitimate stakes, and it’s hard to care.

As fantastic as the action can be, it’s frustrating because Hydra simply has nothing substantial to back it up. I can and honestly probably will go back and watch the fights on their own out of context, but beyond that, there’s woefully little to recommend. The fights make this worth it for some of us, but a 77-minute movie with a banger climax shouldn’t be this long, drawn out, and dull. [Grade: C+]