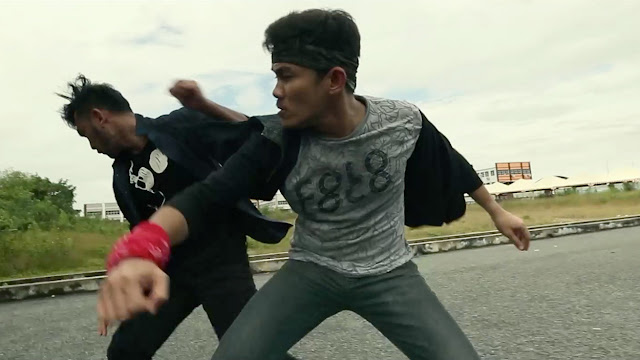 Popularly, Muay Thai tends to get more love than Silat, another martial art native to Southeast Asia, particularly Indonesia, Malaysia, and the surrounding region. (As an example, there are like a dozen schools in the Seattle area that teach Muay Thai, but almost none with a curriculum that includes any Silat. Though Iko Uwais definitely holds it down, movie wise.) But the fighting style gets its due in Silat Warriors: Deed of Death (Geran), a low-to-no-budget actioner from director Areel Abu Bakar.

When I say low-to-no-budget, I mean exactly that. Deed of Death looks like a DIY martial arts movie. This is stripped down, zero-frills action, for good and for ill. There’s a certain freedom in having to answer to no one, and as a result, the fights look real and raw. You feel these punches and kicks in a way you don’t in more polished movies, and every stunt looks legitimately dangerous. 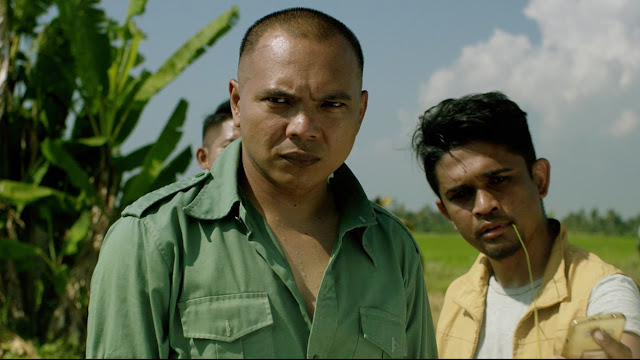 But the other side is that the film winds up shaggy and the overall pace and narrative meander all over the place. Despite the limited resources, the action chops, both from the actors and filmmakers, are there, but the storytelling skills need serious work. The final 45 minutes work well and rules super hard, but the journey to get there is a long and bloated one. More than anything, the first hour of desperately needs a trim.

Deed of Death follows a standard martial arts movie path. Due to poor choices on the part of one member, an entire family gets in trouble with a local criminal syndicate and must extricate themselves. There’s Mat Arip (Fad Anuar), the wild, street-racing gambling addict son. When he gets in debt with local goons, he puts up the titular deed to the family land as collateral. It’s then up to the other brother, the good, responsible, hardworking, absolute charisma-void Ali (Khoharullah Majid), and sister Fatimah (Feiyna Tajudin), to make things right.

[Related Reading: 'The Night Comes For Us' Movie Review] 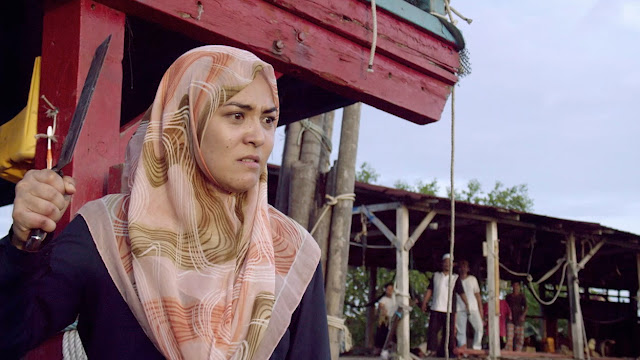 That’s the core of the plot, but it also comes with a ton of superfluous, tedious family drama. The script attempts to set a up a generational feud between the clan patriarch and the looming big bad, but all this backstory that holds no interest or intrigue at all. Worse still, the film frequently cuts away from action to this dreary, tiresome, tepid-at-best interpersonal dreck and you just sit there waiting for the film to finally kick in. Dull doesn’t even begin to describe anything in this film that isn’t a fight or car chase.

The action does standout. It’s rough and rugged for sure, but even with the restraints of scope and scale, this is what makes Deed of Death worth watching and what remains after the credits roll. This is the kind of action movie where you can tell who in the cast has the best martial arts skills by the way their fights are filmed and edited. Anuar has solid abilities, and the bulk of the charisma amongst the cast, as does Tajudin. They each get a handful of decent on-screen fisticuffs, and though they know how to handle themselves, their fights tend toward a more frantic, frequent style of editing and filming. 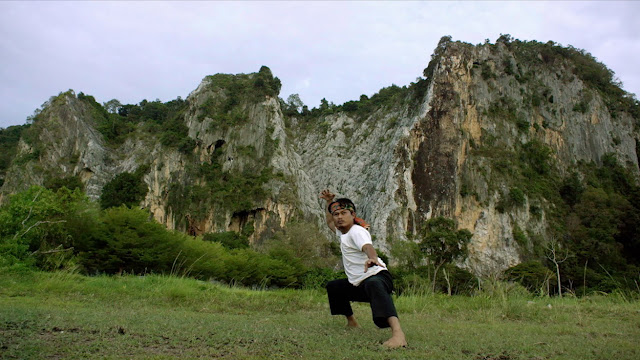 Majid obviously shines as the most skilled fighter. Which is good, because as an actor, he’s is an absolute vacuum. He has no personality or spark or anything beyond a vacant stare, which the film often employs—seriously, he spends so much time staring blankly into the middle distance. But his fights are electric. The back portion of the movie is essentially Ali fighting his way through various locations—a night club, a factory—kicking dudes off of forklifts and generally pummeling villains. Bakar shoots these in longer takes from greater distances, which provides a better view of the acumen on display. Editing can make a fight look solid, but it’s no substitute for watching slick, skilled martial artists throw down.

Hardcore fans of martial arts cinema should give Silat Warrior: Deed of Death a chance. Outside of that demographic, however, it’s a hard sell. As an action director, Bakar demonstrates tremendous potential, especially within gritty, grainy constraints. In the end, the fights are what stand out and what most people will remember. But as you watch, in the moment, a lot of this movie is a dreadful slog to get through. Overall, it’s worth it for certain people, but those are sure to be of a specific, peculiar breed. [Grade: C+]