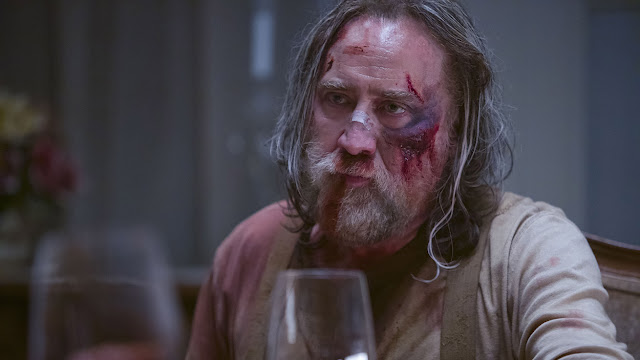 Pig, a movie where Nicolas Cage tracks down his kidnapped pig through the seedy, cut-throat underbelly of the high-end Portland restaurant scene, is so, so much weirder than even that description makes it sound. Part truffle-centric revenge saga, part moody, introspective character study of a broken man trying to heal, it’s by turns delightful, mean-spirited, and moving, but always very, very odd and unlike anything else out there. Also, Nicolas Cage in a rundown deep woods shanty with a pig friend is just the most adorable thing.

In a general way, Pig asks the question: What if John Wick, but quiet and meditatively self-destructive instead of head-shooty gun fu? The setup is similar: A reclusive loner who used to be someone in a very niche world, in this case former celebrated chef Robin Feld (Cage), loses a beloved animal companion, a truffle-hunting pig, and must reluctantly dive back into his old life. Both men are damaged, heavy with loss, and the bond with the animal in question represents something much deeper and more meaningful than surface trappings belie. 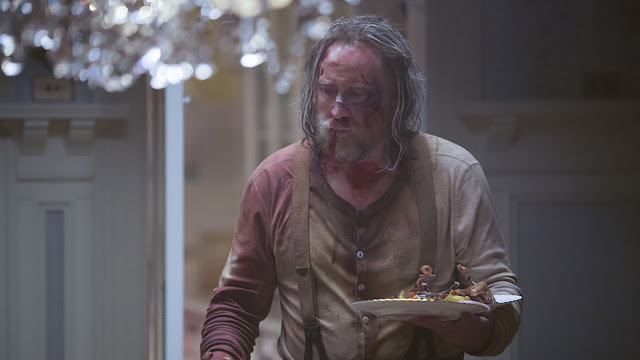 But the parallels continue even beyond that narrative framework. John Wick creates a sprawling criminal realm full of boogeymen, with its own currency, and an intricate shared mythology. Pig does something similar. Who knew the restaurant scene in Portland, Oregon was really an expansive underground full of hidden food-worker fight clubs, a rigid feudal caste system, and its own twisted legends, where you can walk into an establishment, whisper the name Robin Feld, and the entire dining room goes silent? Yes, the restaurant industry is cutthroat and ruthless, but this imagining plays out like its own world of organized crime, where dishwashers serve as gatekeepers and whispered names echo through hallowed halls.

Writer/director Michael Sarnoski, and co-writer Vanessa Block, craft this heightened hyper-reality that both rings true but also has an edge of fairy tale allegory. This is the world seen through a warped lens—sometimes mildly warped, others more drastically—it’s authenticity with a surrealist flourish. But just a hint, just enough to color everything with a shade or two of off-kilter strangeness. 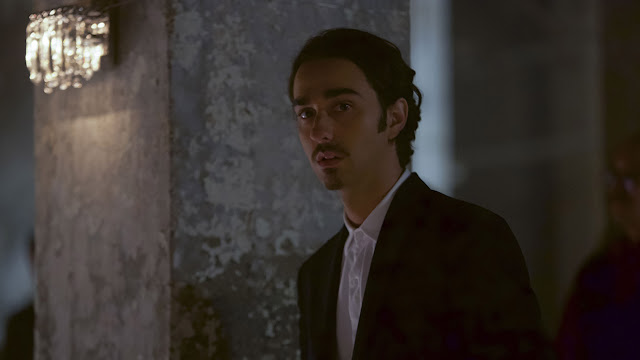 And that’s where Pig is strongest, in that it never makes the easy or expected choices. Across the board. This plot sounds like a revenge movie, and hearing the basics for the first time, it’s hard not to imagine full-on mega-acting Nicolas Cage rampaging through restaurants yelling about his pig. On one hand, that’s basically what happens, but not how it sounds. The filmmakers know how it looks, and what the audience expects, and they deliver something different.

Instead of barging in and shooting up a joint, Robin quietly destroys a chef with a few words and reminders of his previous dreams. Instead of bribing an underground hobo-king with money, he arrives with a specific plate of food from a particular food truck as payment, like a coin paid to Charon. Instead of building to a climactic shootout, guns blazing and bullets flying, the showdown is a discreet, serene sit-down dinner in an elegant home. 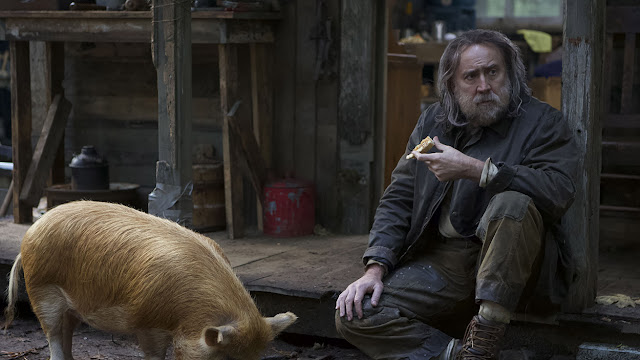 For all the often well-deserved reputation he’s earned for a variety of low-budget, DTV histrionics present in his modern filmography, once a year or so Cage likes to remind us of what he can do when invested and engaged, that he makes daring choices no other actor would even consider. And he’s mesmerizing. (I maintain that he almost always at least makes interesting choices, but this is another level.) Understated and artful, he still takes unusual paths, but he opts for restrained intimacy rather than unhinged lunacy. Reclusive and shattered, he’s pieced together the fragments of his life, held together in the most tenuous fashion, and when it all falls apart in a single instant, it’s moving and heartbreaking, and he hands in one of the performances of the year. Maybe his career.

Alex Wolff (Hereditary) plays the foil, Amir, a brash young buyer of Robin’s truffles and the chef’s last remaining link to the world. The son of a big player in the food scene, a kind of de facto godfather, Amir’s cocky, arrogant exterior masks his own insecurities and wounds. Striking out on his own, attempting to both prove himself to his father and make his way on his own terms—and with no idea who his business partner used to be—he serves as Rob’s sounding board and as a stand-in for the audience, unravelling the mystery as we do. The two are sides of the same coin, more alike than it initially appears, and they form a strong core duo. 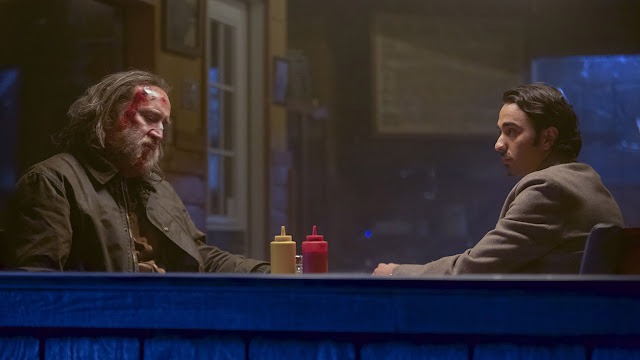 It’s crazy that Pig is a feature debut for both Sarnoski and Block because it has a steady, assured hand in every regard that comes across as that of experienced filmmakers. The film isn’t afraid to take wild chances, but at the same time, earns and pays off every last one. It’s lovely movie to look at, and for the “Keep Portland Weird” set, it certainly captures the Rose City’s left-of-center countenance and the things that set the city apart. Throw a top-tier Nicolas Cage performance, and this movie winds up beautiful, unique, and unlike anything else. [Grade: A]